JOHN HUMPHRYS: Witch hunts must NEVER be allowed to stop the presses

When St Peter gives me the third degree (assuming I make it as far as the Pearly Gates), there’s one sin to which I will have to confess.

Waste. Not waste as in chucking perfectly edible food into the bin just because it has the slightest green tinge. God forbid. I’m talking waste of an even more valuable commodity. Time.

At the final reckoning I’m going to have to confess that I have wasted an immense amount of time reading newspapers.

You’ll think that’s an odd confession from a man who’s spent most of his life working as a journalist and, therefore, has to read the papers. But that’s not really why I do it. I love newspapers and always have. 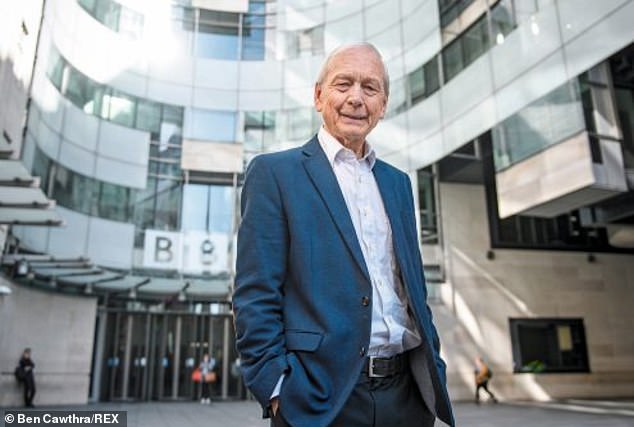 At the final reckoning I’m going to have to confess that I have wasted an immense amount of time reading newspapers. Pictured: John Humphrys

The rumble of a mighty press getting up to speed. The marvel of great rolls of blank paper being transformed in minutes into a never-ending flow of perfectly folded newspapers. I can remember feeling almost sick with excitement the first time I saw it as a teenage cub reporter.

That excitement has never quite left me. But something happened this week that dulled the edge.

Suzanne Moore announced that she had stopped writing for The Guardian.

It’s possible that won’t mean much to you. If you’re reading this, it’s a fair bet that you do not subscribe to a paper that seems to regard the so-called ‘typical Mail reader’ (not that there is such a being) with disdain.

But The Guardian has never shrunk from claiming the moral high ground. It’s the reason Ms Moore left that is so disturbing.

There’s nothing unusual about columnists being sacked. That’s one of the things editors do; sometimes have to do.

The contract between a columnist like me and the editor is simple. I write what I choose. If the editor refuses to print it and I refuse to change it, I start looking for another job.

Yet we are told The Guardian editor did not sack Ms Moore. Neither did anyone publicly call for her dismissal. That’s not, it seems, the way modern witch-hunts on a famously liberal newspaper work. 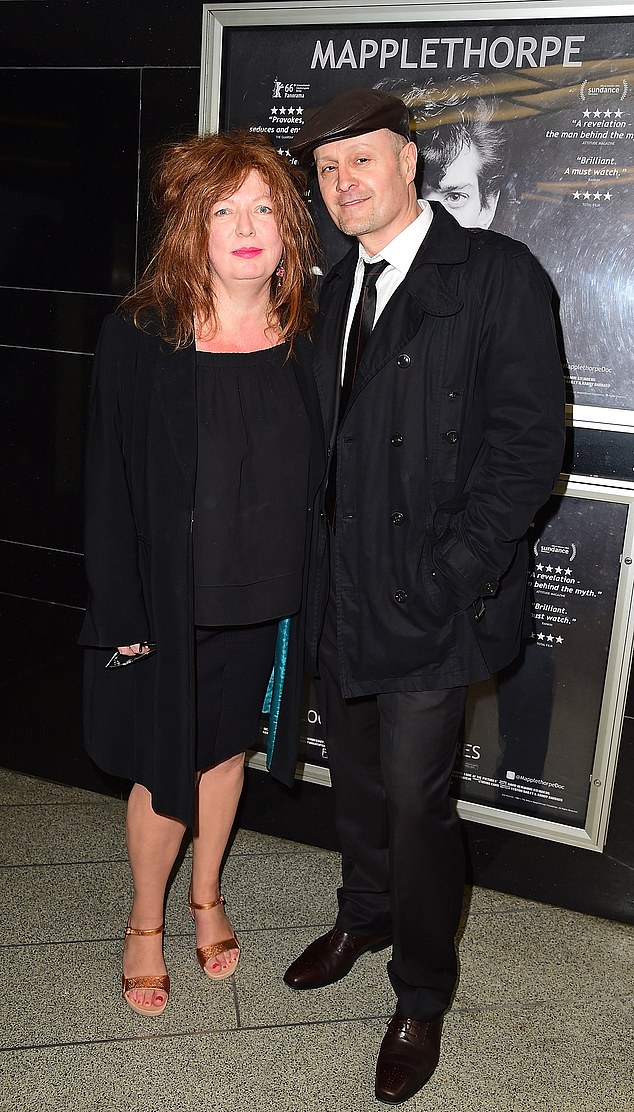 Something happened this week that dulled the edge. Suzanne Moore (left with journalist Paul Burston) announced that she had stopped writing for The Guardian

What happened was that hundreds of Guardian staff wrote to the editor deploring the paper’s ‘pattern of publishing transphobic content’.

So what had Moore written? A vicious attack, perhaps, on those mercifully few people who have been born into the wrong body and had to endure the process (sometimes painful) of having to change their gender?

On the contrary. She had made the point that we seem to have entered a ‘looking-glass’ world in which we are told that sex is no more than a ‘construct’.

Her concern is that women have fought long and hard for the right to be treated as equal and not subservient or inferior to men. As she put it: ‘You either protect women’s rights as sex-based or you don’t protect them at all.’

Cat burglars are driving me crazy

The man in the garage delivered the grim news: ‘Sorry mate . . . they’ve nicked your cat.’

For a moment I was puzzled. Who were ‘they’, and how could they ‘nick my cat’ when I didn’t even have one? And then it dawned on me.

A few hours earlier, I’d had one of the most unpleasant car journeys of my life. What should have been a 90-minute trip took three hours, and the roar from the engine made a Sherman tank sound like a child’s tricycle. I’d assumed the silencer had blown up and taken the exhaust with it.

But I was wrong. The ‘cat’ was the catalytic convertor. In technical terms, it’s that thing under the car in the middle of the exhaust system that sucks some of the most harmful gases out of the fumes before they get spewed into the air from the exhaust pipe.

They get stolen because they’re made using some precious metals — platinum, palladium and rhodium — and that stuff is worth a lot of money on the black market. Rhodium fetches about £4,000 an ounce. It makes gold look cheap.

You’d think it might be difficult to jack up a car in broad daylight, as mine apparently had been, crawl under it with some pretty sophisticated cutting equipment, cut it out, load it into your van and scarper without anyone so much as saying: ‘Erm, excuse me but . . .’ Well, you’d be wrong. It takes them approximately three minutes and it’s happening more and more often. A couple of years ago there were 2,000 thefts in England and Wales. Last year it was more than 16,000. This year . . . who knows?

It cost about £250 to get mine replaced — which was a bit galling because that’s roughly £200 more than the car is worth. Not that I can complain. I’ve had it for 27 years.

But perhaps now is the time to consign it to the scrapyard and buy an electric car. It’s a bit problematic given that my small farm in Wales is beyond the range of most of them, but there is one consolation. There wouldn’t be a cat to nick.

She is hardly alone in that view. J. K. Rowling was savagely attacked for poking fun at a headline that used the expression ‘people who menstruate’ instead of the rather more simple ‘women’.

To most of us that might seem plain old-fashioned common sense — a commodity that’s in pretty short supply in this debate.

Surely you can’t, for instance, have a man announcing one fine day that he’s a woman and that he’s instantly entitled to invade a woman’s private space — whether it’s a shop’s changing rooms or even a women’s prison.

Sex is obviously much more than a construct. It is a physical, biological reality.

Yet, for an increasingly powerful movement, this approach is simply unacceptable. It must not be allowed. To argue against it is to be ‘transphobic’.

And once that label has been attached to someone in the present climate, they might as well be forced to carry a placard through the streets proclaiming: ‘I have sinned!’

It may have passed you by, but yesterday was ‘Transgender Day of Remembrance’.

It is necessary, according to Amnesty UK, because we must ‘remember the very real impact anti-trans hatred and bigotry can have on the lives of our trans siblings, particularly in today’s media climate of outright hostility and bias’.

That is not a ‘media climate’ I recognise. It is 16 years since the UK Parliament passed a law granting full legal recognition to transgender people and I doubt there is a newspaper or broadcaster in the land that would suggest turning back the clock to those dark days.

So this is not about transgender rights. It’s about the rights of someone like Suzanne Moore to express views in a liberal newspaper without being effectively forced to resign.

One of the world’s most renowned liberal newspapers is the New York Times.

A few months ago the journalist in charge of the paper’s comments pages, James Bennet, invited an American senator to write a piece on the civil unrest that was raging through towns and cities across the land. He wanted to send in the troops to restore order if the protests turned violent.

Many employees took exception to his views. One called him a fascist. Bennet had to resign.

I lived in the United States for many years and read the New York Times every day. I knew exactly what it stood for because it told me very clearly.

But I also needed to know what the nation, more broadly, was thinking if I was to report back to this country. I trusted it to tell me that, too. I’m not sure I would still trust it.

When Annegret Kramp-Karrenbauer (Angela Merkel’s successor as leader of the Christian Democratic Union party in Germany) was coming under attack from her erstwhile supporters last year, she defended herself by challenging them to ‘back me or sack me’.

Newspaper columnists are entitled to no less.

‘Richard Freeman’s bipolar disorder may have been behind testosterone gel order’, psychiatrist says

The Tunisian judiciary on Monday ordered the release of former Prime Minister Hamadi Jebali, four days after his arrest, according to one of his lawyers. Lawyer Samir Dilo...

Three people were taken into custody, but it was unclear if they were absolutely connected with human trafficking, McManus said. Those in the trailer were part of a...

Eric Trump imagined inciting violence was ‘fair game’ because he believed untrue claims that the 2020 election was ‘stolen,’ in accordance to filmmaker subpoenaed by January 6 committee

Eric Trump pre-records his address to the Republican National Convention at the Mellon Auditorium on August 25, 2020 in Washington, DC.Photo by Drew Angerer/Getty PicturesA documentarian mentioned Eric...

‘He received what he deserved’: Mother of murdered Helen McCourt’s suggests Ian Simms’s dying is ‘relief’

The mom of Helen McCourt has explained the demise of her daughter's killer two a long time immediately after he was produced from jail as a 'great relief'.Marie...