Former Blue Peter presenter John Leslie gave a ‘hearty laugh’ when he ‘grabbed a woman’s breasts with both hands at a Christmas party’, a court heard today.

The alleged victim, who cannot be named for legal reasons, said Leslie shook her hand at the bar before intentionally touching her without her consent at the celebrity party 12 years ago.

The alleged non-consensual touching is said to have taken place at the then-called Soho Revue Bar, in Greek Street in London‘s West End on December 5, 2008.

Leslie, 55, whose real name is John Leslie Stott, denies an allegation of sexual assault by non-consensual touching and is on trial at London’s Southwark Crown Court.

Today the alleged victim took to the witness box in front of the jury and told how she was left ‘shocked’ after the alleged incident. 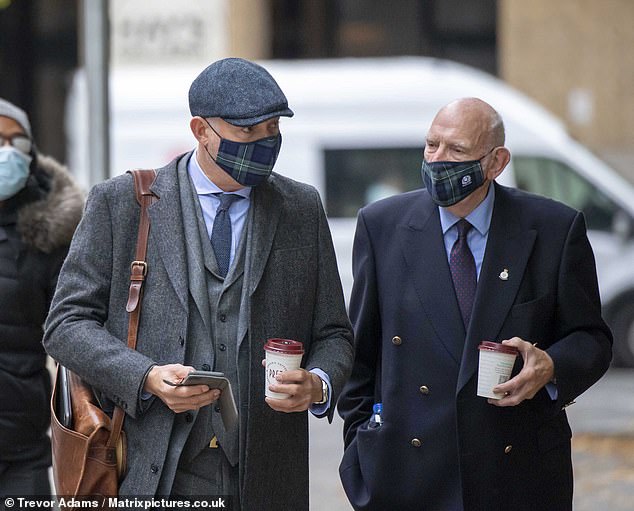 She said: ‘I said, ”Hi, nice to meet you.” He shook my hand, and I was smiling, and then immediately thereafter he grabbed both of my breasts, one hand on each breast and laughed.

‘It was very confident. I was very shocked. It wasn’t a quick grab, it was a solid grab.

‘Then for a period for a few seconds, he let go and started laughing. I remember I was stunned.

‘I was annoyed I hadn’t said anything. I was shocked. He started laughing and then he walked off to the bar, and that was it.’

She added: ‘I was just shocked. I didn’t know what to do with myself. What do you do? You don’t expect that after you’ve shaken someone’s hand.

‘It wasn’t accidental. It was, ”I’m going to grab your boobs”. It didn’t hurt, but it was a really solid grab of my breasts. It wasn’t in a rush.

‘He seemed very happy. He laughed again after he did it – a hearty laugh – and then went off to the bar to get a drink. I was so taken aback.

‘I think I thought, what has happened? I was shocked. I couldn’t believe it.

‘I told my husband, my boyfriend at the time, because he was there. I told other friends.’

The woman eventually decided to report the incident to the police in December 2017, in the wake of the MeToo movement.

She said: ‘I had seen in the news another allegation of sexual assault, it rang a bell with me, it was something different but it was similar in nature.

‘I talked to people before I did anything about it. People were coming out and they were honest about their own experiences.

‘I thought maybe I should say something. Maybe that would help others.

‘It’s difficult because I knew it wasn’t right, it wasn’t appropriate in 2008, but now I feel like it’s important to say something.

‘I’m older and wiser. I have children and I’ve taught them about boundaries.’

‘Back in 2008 the defendant attended a party at a nightclub in London. 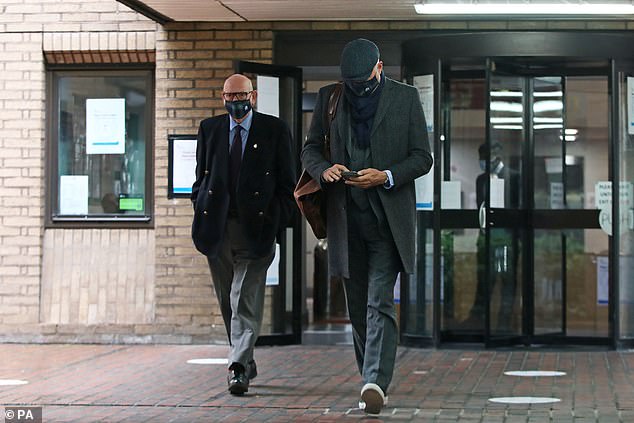 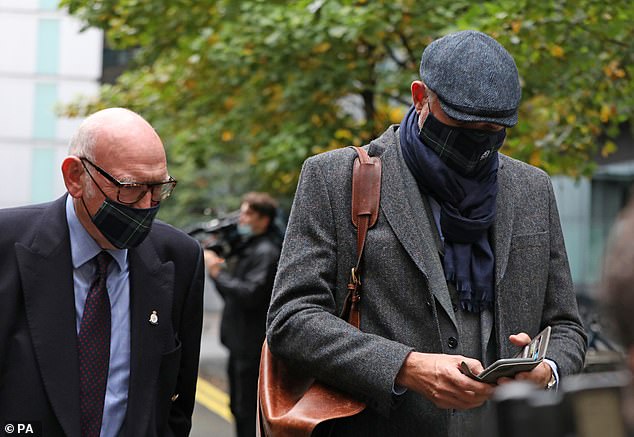 ‘The prosecution’s case is that shortly after he arrived, he grabbed the breasts of a young woman who had just introduced herself to him, quite deliberately, for a period of a few seconds, before walking off.

‘The young woman was stunned, and spoke to people about it at the time, but made no report to the police.

‘In 2017, she decided she had to report the matter. Although the defendant accepts being present at the party in question, he denies that he did any such thing.’

She added: ‘The defendant’s case is simply that it didn’t happen.

‘He says he didn’t behave, as far as he can remember, in the way that is described. He says his memory is vague.

‘He says he certainly didn’t behave in the way that she suggests. This is about whether it did or didn’t happen.’

During the trial, Ms Ledward asked the woman: ‘You describe yourself as being stunned.As far as you are aware, did your facial expression change?’

The witness replied: ‘I was so taken aback by it really.I do not know whether it did. I just thought ‘what has happened?.’

The woman said she had been in a group earlier but she was alone when Leslie allegedly grabbed her breasts and she did not think anyone had witnessed it.

She explained that she confided what happened to others at the party, but no one suggested to her that she report it to the police, nor did she think to do so.

She admitted: ‘At the time I didn’t really think it would go anywhere.’ 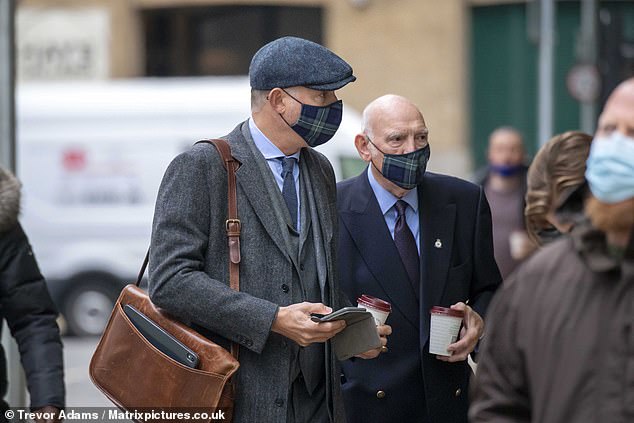 Gudrun Young, defending the former TV presenter, said to the complainant in cross-examination: ‘I am suggesting you are very keen to paint a picture of the two of you alone to try to explain why there were no witnesses.’

The woman replied: ‘I am only interested in what happened from my point of view.

‘Who knows why no one saw it, it was only a few seconds.’

The former TV presenter, who was wearing a grey suit and a dark green striped tie, did not speak throughout the morning hearing. He was supported in the public gallery by his father, Lesley Stott.

The most dangerous countries in the world for 2021 revealed

On March 31, the Italian government issued a decree that would see cruise ships and large...