Johnson & Johnson’s COVID-19 vaccine study has been paused due to an ‘unexplained illness’ in a study participant.

A document obtained by Stat News which was sent to outside researchers running the 60,000-patient clinical trial states that a ‘pausing rule’ has been met.

It also stated that the online system used to enroll patients in the study has been closed and the data and safety monitoring board would be convened.

Johnson & Johnson confirmed the news to Stat News, saying it was due to ‘an unexplained illness in a study participant.’ 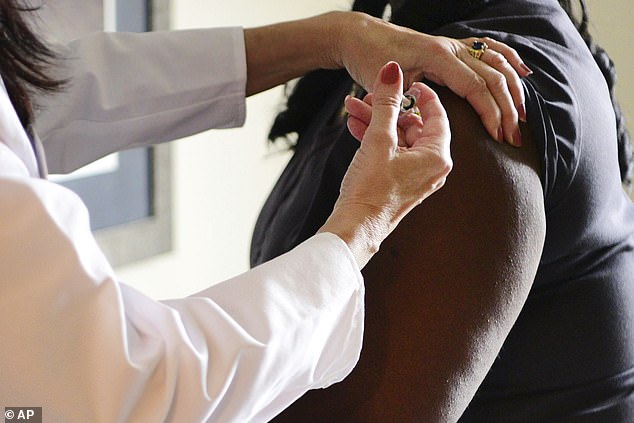 In this undated photo provided by Johnson& Johnson, a woman receives an injection during phase 3 testing of a COVID-19 vaccine. The company announced on Monday it was pausing the trial after a patient experienced an ‘unexplained illness’

‘Based on our strong commitment to safety, all clinical studies conducted by the Janssen Pharmaceutical Companies of Johnson & Johnson have prespecified guidelines,’ the company said in a statement.

‘These ensure our studies may be paused if an unexpected serious adverse event (SAE) that might be related to a vaccine or study drug is reported, so there can be a careful review of all of the medical information before deciding whether to restart the study.’

Thus far, the firm has not released any specific information on the nature of the illness.

This is the third vaccine study to be paused. On September 8, a large study run by AstraZeneca and Oxford University was put on hold because a patient in the United Kingdom experience a suspected adverse reaction.

According to a Reuters report, the issue at stake was a rare condition called transverse myelitis, in which a patient develops inflammation on both sides of their spinal cord in a limited section of the spine. 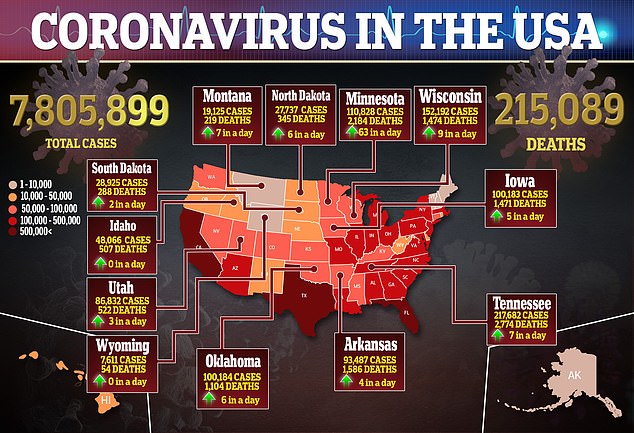 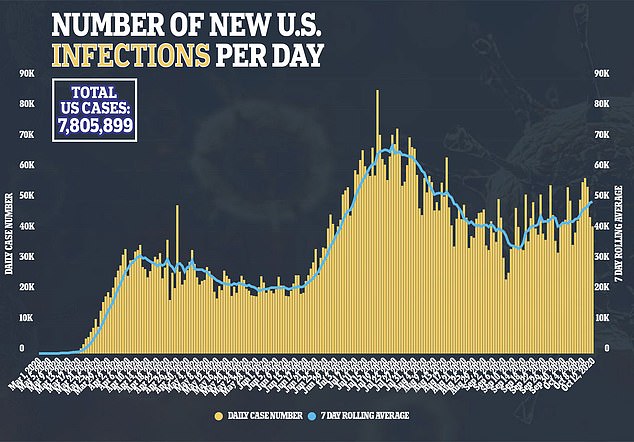 This inflammation disrupts communication that runs between the brain, spinal cord and the rest of the body, triggering pain, sensory issues, muscle weakness, bladder and bowel dysfunction and even paralysis, in some cases.

Transverse myelitis has several possible causes, including immune system disorders. It’s a rare, but known, possible side effect of vaccination. A CDC report identified 119 cases between 1985 and 2017, with most linked to hepatitis B and HPV vaccines.

Studies in the UK resumed about a week after AstraZeneca reported the issue, but trials are still on hold in the United States.

In fact, last week the US Food and Drug Administration (FDA) announced it would expand its independent investigation, telling Reuters investigators are still looking for ‘answers to important questions.’

Johnson & Johnson started enrolling patients in its phase 3 study on September 23.  Researchers planned to enroll 60,000 participants in the US and other countries.

It’s among the largest coronavirus vaccine trials in the world. President Trump makes sure to name-drop the pharmaceutical giant – alongside competitors Pfizer and Moderna – as among the leaders of the vaccine race. 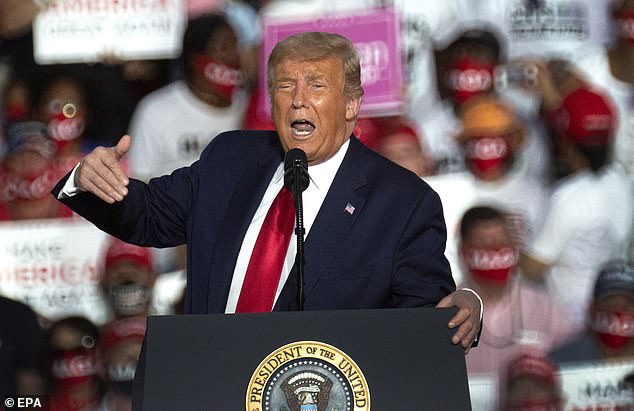 During a Monday night campaign rally in Florida, he reiterated the claim that: ‘We’re years ahead on vaccines, they’re going to be distributed shortly…we have great vaccines coming – Johnson & Johnson, Moderna, Pfizer.’

Two weeks ago, another less high-profile vaccine trial, being conducted by Inovio was put on a ‘partial hold’ while the company responded to questions the FDA had about the device it uses to administer the vaccine.

No illnesses were reported in that trial, unlike AstraZeneca’s and Johnson & Johnson’s.

Both J&J and AstraZeneca used adenoviral vectors made in the lab as the vehicles for their vaccines.

These mock versions of a virus (adenoviruses are common, but usually only cause mild illnesses)  carry a tiny bit of the coronavirus genome that codes for its spike proteins, in the hopes of teaching the immune system to recognize and respond to SARS-CoV-2, the virus that causes COVID-19.

These types of vectors have long been used to make vaccines.

Moderna used a mRNA platform to make its vaccine. The shot carries in genetic instructions to make the spike protein, but doesn’t rely on a virus to transport them.

Using the familiar platform has also allowed J&J and AstraZeneca to develop their shots rapidly.

But adenoviral vectors also have a known problem. A first shot may trigger an immune response to both the intended target (in this case, coronavirus) and adenovirus.

A second, booster shot may trigger a more pronounced immune response, making the body attack itself. Studies have shown that they shots can trigger inflammatory responses.

It’s not yet clear if this was the issue in either J&J’s trial or AstraZeneca’s, but the companies and FDA regulators will undoubtedly investigate whether this is the case as they probe the vaccines and the unexplained illnesses in one participant in each trial.