Everton‘s Jonjoe Kenny won’t be surprised if World Cup winning team-mate Ademola Lookman attempts another ‘Panenka’ penalty despite the criticism he received for fluffing an injury-time equaliser at West Ham a fortnight ago.

Kenny is due to mark Fulham‘s Lookman at Craven Cottage on Sunday and the pair have a rich shared history having both played for Everton and been part of England’s under-20s World Cup-winning side.

‘I really love him as a player – he’s brilliant,’ says Kenny, who is deputising at right-back for Carlo Ancelotti’s injured captain Seamus Coleman. 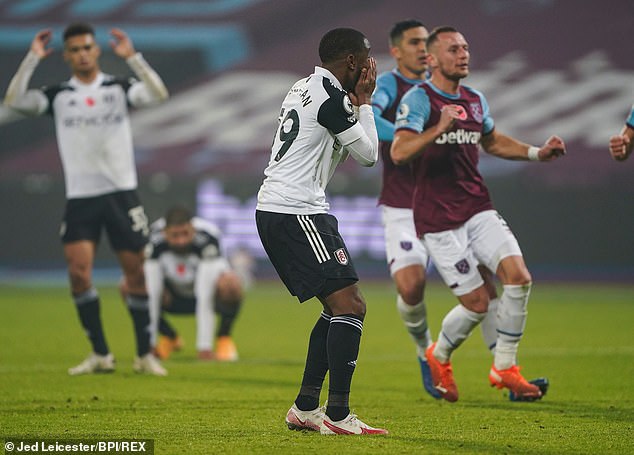 ‘If it (the penalty) went in, he’s the best player in the world. Unfortunately for him, it never went in. He’s got that confidence to go and do that again and not be worried what people say.

‘He won’t really care what other people say about him as long as he’s performing and enjoying his football. It’s good to see him getting more game time at Fulham I think he fully deserves it for the kind of player he is.

‘I get on really well with Ademola and met him over in Germany when we played Leipzig twice as well. It’s nice when we see each other. 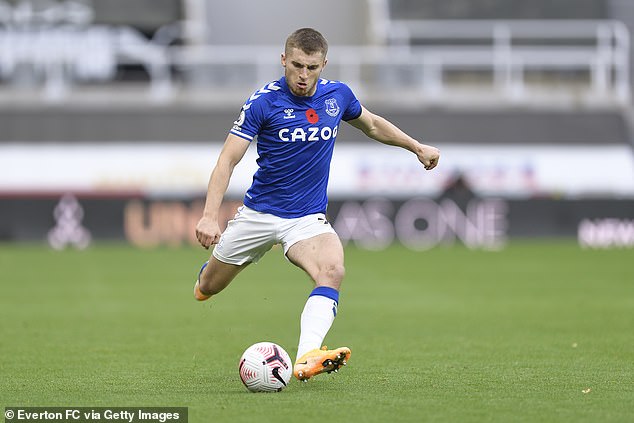 ‘Winning the Under-20s World Cup was a big thing for both of us. He was a star of that team and the memories we made will last a long time.’

Ironically, both players spent time in Germany to further their careers with Kenny playing 34 times for Schalke last season on loan from Everton.

He says the tactical awareness of the Bundesliga has improved him as a player.

‘We spent a lot of time speaking about tactics. At half-time, it was very tactical about how we could get at the oppositions’ weaknesses,’ he revealed.

‘In the Premier League, there is a lot of back and forth and counter attacks, whereas over in Germany, it was about discipline and keeping in your shape and trying to use your strengths against their weaknesses a lot and trying to figure that out as quickly as you could. 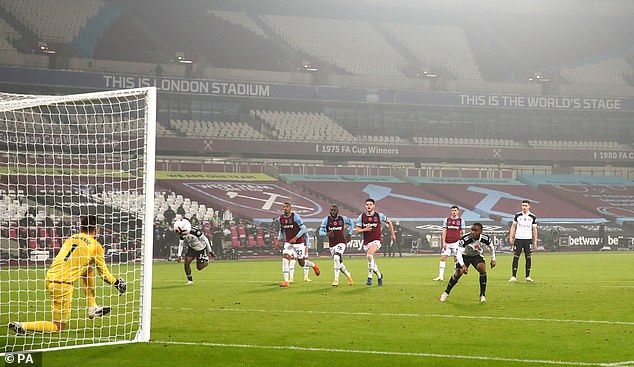 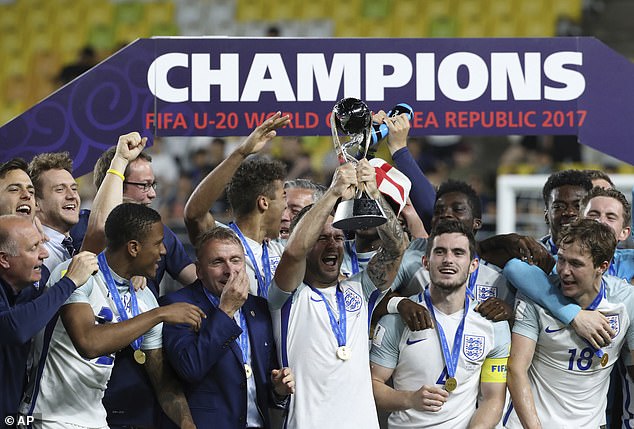 ‘Young English players can get game time over there and once that happens, it helps a lot. You need a run of games to get going. It’s hard coming in and out or coming off the bench. But once you get two, three, four games under your belt, it’s a lot easier to get into game mode.

‘It could have gone any better for me. The fans were unbelievable towards me as soon as I got there. The fans are very close to the club and they would come to training. You have fans nights where players go and sit with the fans or you go to bars where the fans go and you talk with them. It was a real family club, just like Everton and it fitted me perfectly.’

Everton have lost their last three games, coinciding with the suspension of Brazilian star Richarlison. He returns this weekend having scored for Brazil in a midweek World Cup qualifier.

Amazon festive shoppers are warned to watch out for misleading reviews