By Paul Newman In Cape Town

Jonny Bairstow could be forgiven for wondering what he has to do to convince England he should be considered one of their most important players in all formats.

Certainly Bairstow does not appear to enjoy the backing from the selectors that his huge talents merit and constantly seems to have a point to prove.

The 31-year-old was at it again in the first Twenty20 international here on Friday when he almost single-handedly rescued England from what captain Eoin Morgan called a ‘pretty average performance’ and gave them a 1-0 lead in their first assignment of the winter. 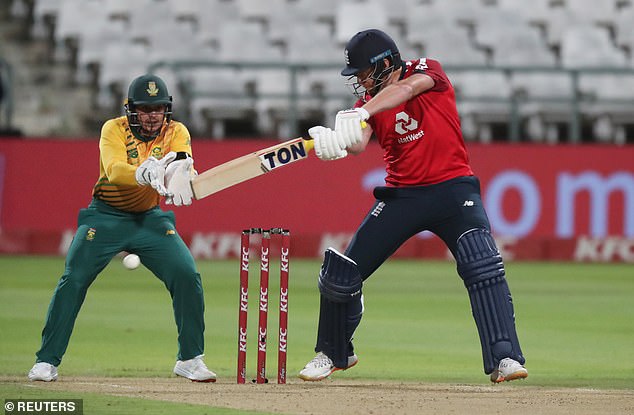 And his highest short-form score, an unbeaten 86 from 48 balls against South Africa, came from the new position of four he has had to accept because of England’s determination to give Jos Buttler a run as opener and Dawid Malan’s form at three.

Bairstow made all the right noises about just being happy to be in the team, but he could justifiably ask why it has to be him who has to move to accommodate others when he offers so much to the white-ball team.

Just as he might still wonder why he was shunted up and down the Test order while doing little wrong before losing his keeping gloves and ultimately his place and full central contract.

But it was telling that a man who still seems to be something of an outsider in this England set-up hinted at disappointment after his blistering display at Newlands in the first of three short-form internationals.

‘You’ve got two choices,’ said Bairstow. ‘You can be disgruntled by it or you can take the experiences you’ve had previously and put it all together in the best way possible.

‘I’m really happy with where my game is at the moment. I hope there is a calmness and a composure there and that evidently came across, which is pleasing. Batting in a new position is something you have to enjoy.

‘Having played different formats of the game in different positions, I think you learn to craft your innings in different ways. That is what stood me in good stead here batting at four.’ 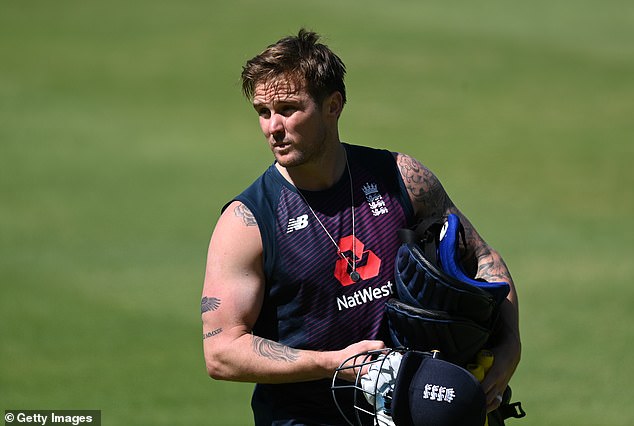 It does seem Bairstow has cemented himself at four now with less than a year to go until the next Twenty20 World Cup, starting with Sunday’s second game at Paarl, but there could yet be yet another twist to his tale.

Jason Roy has a lot of credit in the bank and is a big favourite of Morgan, but has only 49 runs in his last seven international innings and it must be a concern that he is struggling against left-arm spin.

Here he was gone second ball to journeyman George Linde on the South African’s Twenty20 international debut, and he can expect more of the same on Sunday.

MPs in sleaze probes will be named and shamed, says House of Commons leader Jacob Rees-Mogg