By Richard Gibson For The Mail On Sunday

When considering which players are indispensable to England’s bid to win a second Twenty20 World Cup later this year, the name of Chris Jordan might not readily come to mind. Statistics tell you it should.

While some have found themselves parachuted in and out of the team over the past five years, Jordan’s poise at the death with ball in hand has been a constant: of England’s 53 most recent matches in the format, he has featured in 52 of them, missing just the middle one of a 3-2 series win in New Zealand in late 2019 which was designed to blood fringe players.

It suggests that if some are sweating on their places for the 16-team global gathering — the final squad for which must be named by September 18 — Jordan ought not be. 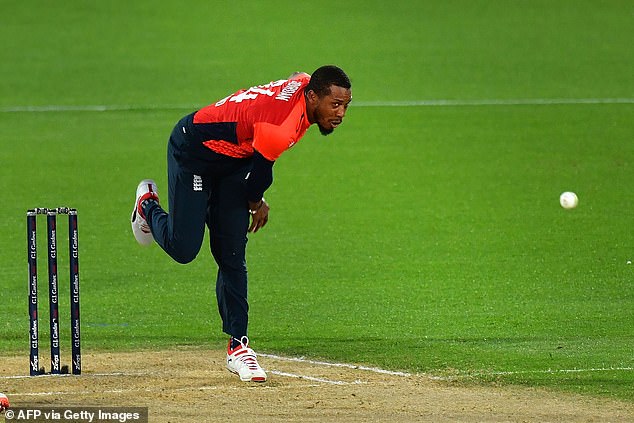 However, he countered: ‘If I took the attitude of being relaxed about that, it would be wrong. I must stay on my game as much as possible and keep improving. I wouldn’t say that I am expecting to be in the XI on every single team selection because I know the day will come when I am not on that team sheet.’

It is sure to be on Wednesday, however, when England begin the first of two home Twenty20 series this summer against Sri Lanka in Cardiff. At the back end of their bowling innings, they will be relying on the nous Jordan has acquired over a career which has taken him to the Indian Premier League, Pakistan Super League and Big Bash League.

‘Sometimes, going at 10 an over might be a great job for the team but on others you have to be much stricter with yourself and recognise you need to go at sixes,’ he said. ‘Reading those kinds of situations comes with experience: of understanding the kind of surface you are playing on, the dimensions of the ground, the conditions, and the different lengths and angles needed in the circumstances.

‘All these things sound simple but in a T20 game they can save you 10 to 15 runs and that can be invaluable.’

The three matches against the Sri Lankans, and three more against Pakistan next month, will help fine-tune things for a team that will fancy their chances of upgrading the silver medal of 2016 to gold in the UAE. 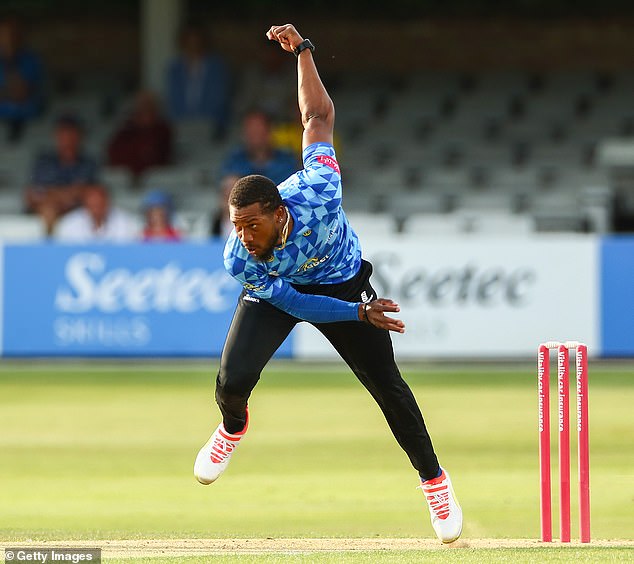 ‘This cycle has been a balance of trying to maintain our No 1 ranking status while getting more people experience, and I think we have managed that. We have become accustomed to being in tough situations in big games and owning them, which suggests we have the tools to go one better this time,’ he added.

‘As a side we feel we can chase down pretty much any score, but we can get a lot smarter in certain situations with the ball. It would be nice to tidy up those areas.’

Jordan has proved an influential mentor for his Sussex and England team-mate Jofra Archer, who is in the early stages of a comeback from elbow surgery.

‘It was a big decision for him and the medical team to go for the operation and only came after they had more or less exhausted every other option,’ said Jordan.

‘As a friend, and as someone who had the experience of an operation last year, I have been trying to manage his expectations, stressing the importance of getting this period of rehabilitation right.’