Jorginho wants to leave Chelsea and return to the Italian league 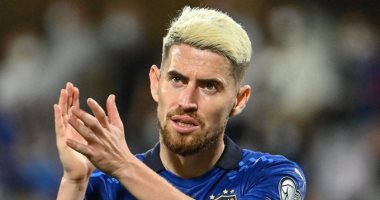 The agent of the Italian international star Jorginho has hinted that the Chelsea midfielder may leave the club when his contract expires, revealing that it would be a dream for him to spend his final years in Italy.

The Chelsea midfielder has enjoyed his best season at Stamford Bridge since arriving from Napoli in 2018 for £57m.

The 29-year-old played a key role in the Blues’ success in the Champions League, key to their victory in Euro 2020 this summer, and is one of the contenders for the 2021 Ballon d’Or.

His agent, Joao Santos, told Bianconera Radio: “He has a contract with Chelsea until 2023. It will obviously be a dream for him to return to Italy, and hopefully after winning the World Cup.”

“We will have to see what the market looks like in two years and what other positions,” he added.

Jorginho has built his name as one of the most reliable penalty kickers in Europe due to his unique jumping and shooting technique, but the Brazilian-born player made headlines after missing a penalty to Italy at the weekend.

In another context, Chelsea striker Romelu Lukaku raised the Blues’ fears of early injury by admitting that he would undergo a test before returning to Stamford Bridge after his participation with his country in the 2022 World Cup qualifiers..

The Belgium international striker will undergo medical tests before returning to Stamford Bridge.

Lukaku complained of injury during the second match, which made him then undergo a medical examination before returning to Chelsea, as he is scheduled to miss the third match of Belgium against Belarus, Wednesday, due to suspension.

For coffee lovers.. Take care of 3 mistakes you make that will lose you their benefits