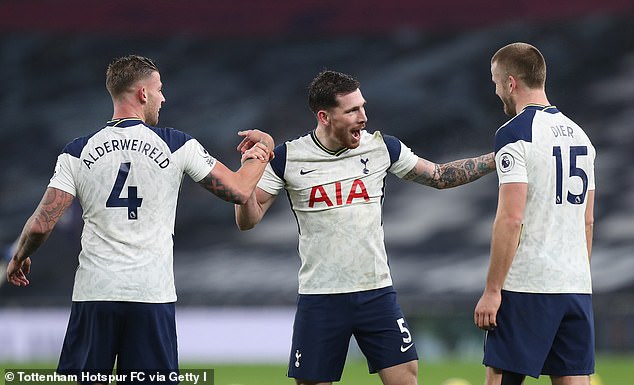 Jose Mourinho has paid a glowing tribute to Pierre-Emile Hojbjerg after his phenomenal start to life at Tottenham and revealed he has already earmarked the Denmark midfielder as a future manager.

Hojbjerg impressed yet again for Tottenham on Sunday as Mourinho’s men swept aside Arsenal in a 2-0 victory in the North London derby, leaving them joint top of the Premier League alongside defending champions Liverpool.

Hojbjerg was a contender for man of the match with yet another impressive and combative display that prompted Mourinho to praise the man he signed from Southampton in the summer – and his chairman Daniel Levy for getting the deal done. 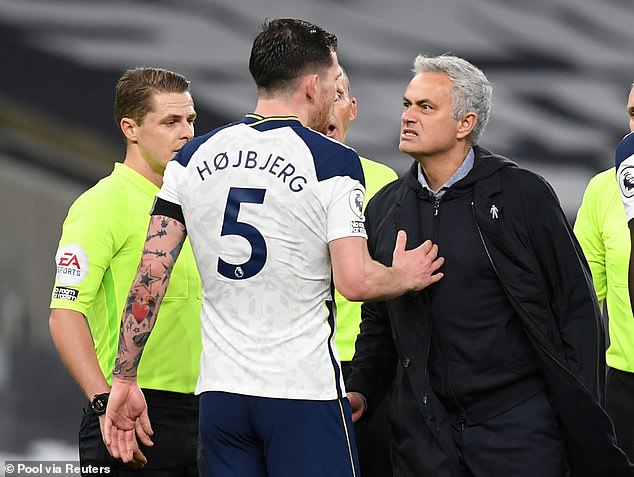 ‘Pierre is, first of all, very intelligent. He reads the game very well. He’s going to be a coach one day, for sure,’ Mourinho told his news conference after the match.

‘He’s a pain, asking questions about why we do this and why we do that. On the pitch, he reads the situation very, very well and the people that surround him are really compact, they read the game.

‘The guy that is good technically is the guy that does something wonderful. But these are not my words. These are words from coaches of 30, 40 years ago. Simplicity is genius.

‘And the guy is so simple in everything he does with the ball. And I think he’s a phenomenal player. Congratulations, Mr (Daniel) Levy.’ 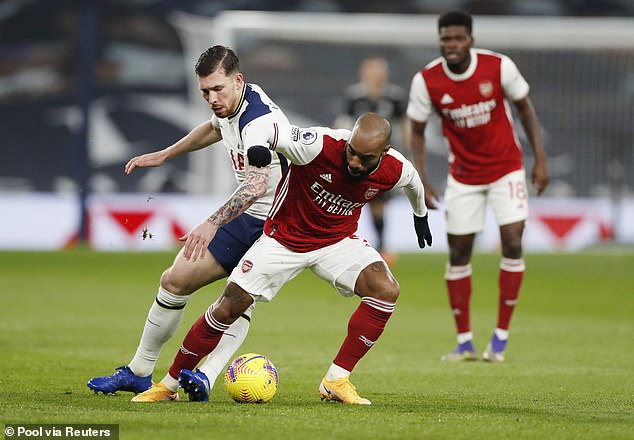 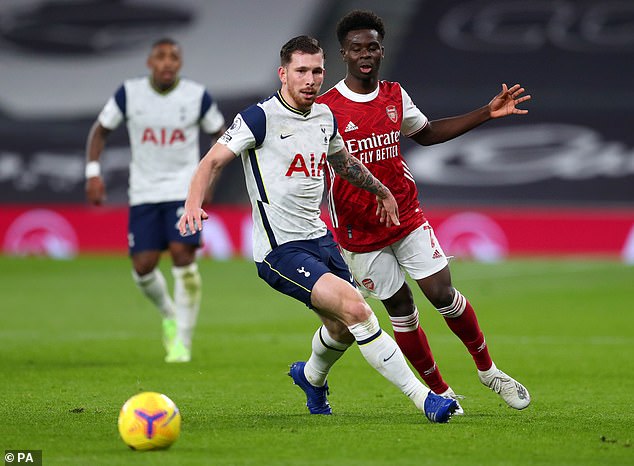 Hojbjerg signed a five-year contract with Tottenham following his summer switch from St Mary’s and the 25-year-old has played 19 times under Mourinho so far.

Tottenham have one final Europa League group match this week, at home against Belgian side Antwerp, followed by a return to Premier League action away to London rivals Crystal Palace.

Tottenham travel to Anfield next week for a hotly anticipated clash against title rivals Liverpool.