Tottenham manager Jose Mourinho paid tribute to ‘team player’ Dele Alli after he helped his side to a comfortable 4-0 win over Ludogorets in Group J of the Europa League.

England international Alli was making his first appearance since October 29 – when he was hauled off at half-time of a 1-0 defeat at Royal Antwerp.

It saw the former MK Dons midfielder drop further down the pecking order at the north London club, but he was back for the clash with the Bulgarian outfit to make only his fourth start of the term. 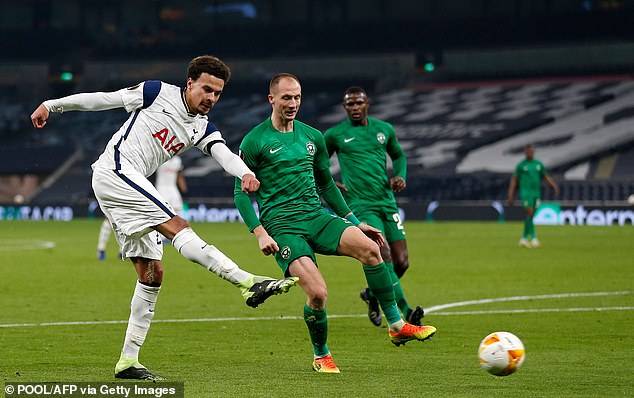 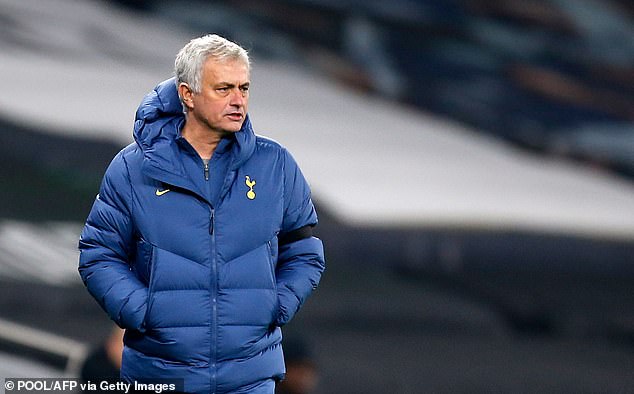 After Alli’s pass helped Carlos Vinicius open his account for Spurs, the 24-year-old selflessly cut back for the Brazilian to score again in the 34th minute when he could have shot after Tanguy Ndombele had been denied.

He also played a part in Lucas Moura’s fourth, with a fine cross into the area, and it capped a fine night for the Lilywhites, who saw Harry Winks score from near the halfway line before he later admitted it was an overhit pass.

‘That’s the team,’ Mourinho said. ‘Dele could try to score but for Vinicius it was an easy goal. A team player does that. No risk and 2-0. It doesn’t surprise me that he did that.

‘Dele was like the team. A very good first half. In the second half in the first 20 to 25 minutes they closed and tried not to concede more goals.

‘We became a little bit more passive and we never really felt the threat of a possible goal… and we let it go a little bit down.’

It was a memorable night for three Spurs youngsters, with Alfie Whiteman, Harvey White and Dane Scarlett introduced for their debuts late on. 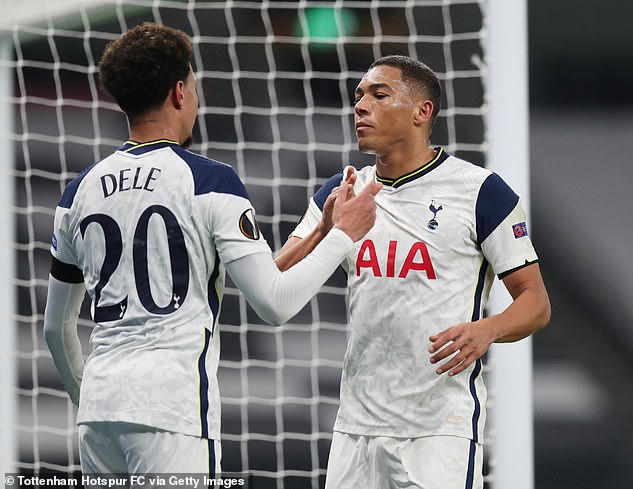 Scarlett, aged 16 and 247 days, became the youngest player to feature for the club when he replaced Moura in the 82nd minute, beating John Bostock’s previous record set in 2008.

He almost scored two minutes later, but Plamen Iliev rushed out well to save after the Under-18 striker had brilliantly controlled Winks’ pass.

It was also a bright cameo for White, who has been in and around the senior set-up since the summer of 2019 and caught the eye of Mourinho as well as his predecessor Mauricio Pochettino.

The current Tottenham boss added: ‘When I played Dane, I didn’t know he was the youngest one. It’s a good thing. 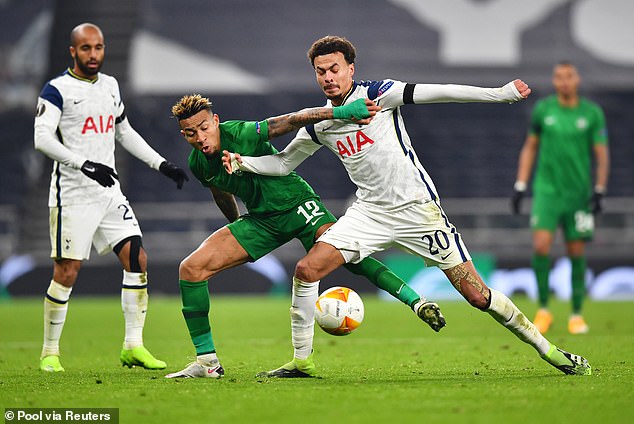 ‘He played a few minutes in some of our pre-season matches. Of course he went back to his team. He trains with them.

‘Yesterday when I felt there was space for another young player in the squad, I didn’t decide by myself, I asked my football director and I asked the academy director and they contacted all the coaches. ‘Who deserves?’

‘There are of course a few names, especially the Under 18s because they are doing so well. They gave me his name and because I knew him already I thought if the opportunity would arise it would be a good chance for me and a good feeling for everyone in the academy.’