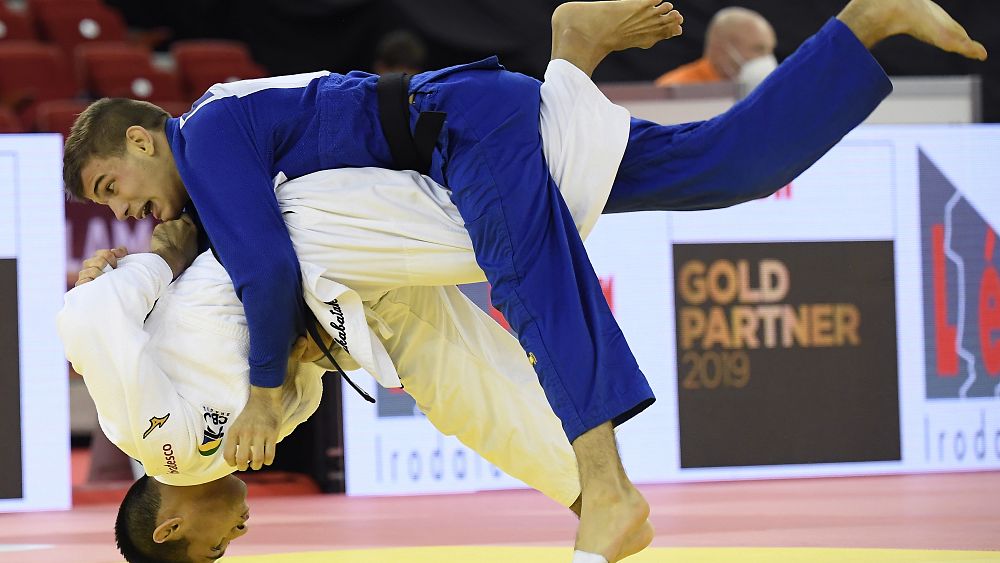 It was a momentous day in Hungary, as eight months of uncertainty came to an end – the moment thousands of athletes, coaches, media, and fans have been waiting for. Judo is back.

The World Judo tour returned with the Budapest Grand Slam, allowing Judo’s heroes to once again battle it out, although not in front of crowd, for their fans watching at home.

This is the first event back since the global pandemic had an extensive and thorough protocol put in place to keep all those in attendance safe.

The major talking point of the day was Daria Bilodid. The undisputed queen of the -48kg category stepped up a weight to test her skills at -52 kg.

Some wonderful moments throughout her day saw her take a solid bronze medal. It seems there are no limits for the Ukrainian prodigy.

On the French side, Amandine Buchard picked up where she left off in February, with her assault on the -52kg category. Determined to re-assert her dominance, she was on fire all day.

She received her gold medal from Colin Cai, CEO of Huawei Technologies Hungary.

Russia dominated both men divisions today, but the standout was our man of the day, Yago Abuladze.

In a closely contested final against his compatriot, he managed to score a decisive Waza-ari, and take his first ever grand Slam gold. A fantastic way for him to resume the world judo tour.

“I hope it will continue to be so and our guys will be taking golds only. Again, it’s a great job of the coaches. Once we could get out of the quarantine, we started training,” said Russian judoka Yago Abuladze.

Kosovo’s Distria Krasniqi is fast becoming a fan favourite, with beautiful Judo like this one sided Osoto she executed in the preliminaries.

In the final she took on the current Olympic Champion Paula Pareto of Argentina. Krasniqi, was simply untouchable, and undoubtably our woman of the day.

“It’s very good because it was hard time not only for me but also for all athletes. And it’s a great feeling because it was a hard time and I managed to come in first and take the gold medal,” said Krasniqi. “It’s one of the most important medals I have in my career.”

Abdula Abdulzhalilov defeated Yakub Shamilov in another all Russian final to take the -66kg title.