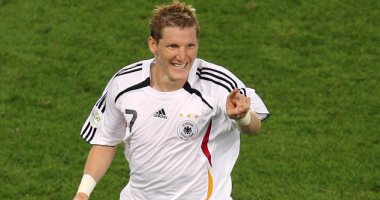 Bastian Schweinsteiger, the former Bayern Munich player, was one of the best midfielders in the world over the past years, and the German star was distinguished by his missile shots from outside the goal area.

And we can never forget his missile goal, which he scored against Werder Bremen, in the 74th minute of the second round match in the German Cup in 2010, to lead Bayern Munich to the third round of the tournament, in the match that ended with Bayern winning 2-1, with two goals. For Schweinsteiger.