‘Exactly the last thing we needed’: Jurgen Klopp admits Fabinho’s injury is ‘not good’ after Brazilian hobbles off against Midtjylland with hamstring injury as Liverpool’s defensive crisis goes from bad to worse

Liverpool boss Jurgen Klopp is facing a defensive crisis after makeshift centre back Fabinho hobbled off with a hamstring injury in the first-half against Midtjylland on Tuesday night.

The Brazilian, who was filling in at centre back alongside Joe Gomez following Virgil van Dijk‘s season-ending ACL injury, pulled up after 27 minutes while running back towards his own goal.

Concern among the Liverpool players on the pitch was palpable straight away and Fabinho limped off, replaced by 19-year-old Rhys Williams. 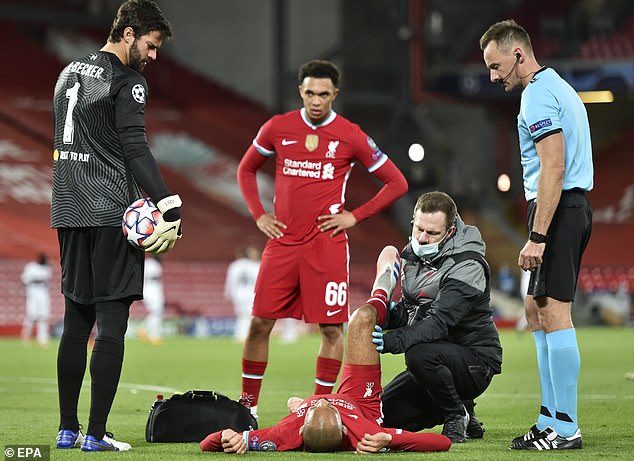 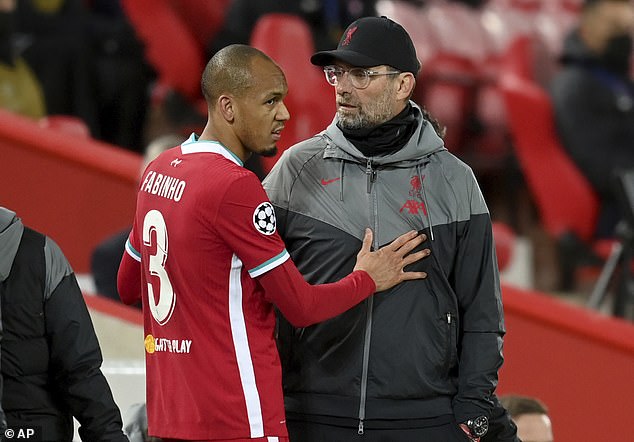 The Brazilian was substituted, presenting another concerning defensive issue for Jurgen Klopp

With Joel Matip also not currently match-fit, it leaves just Gomez as Klopp’s only fit senior option at centre back.

Manager Jurgen Klopp said after the game: ‘Exactly the last thing we needed! I don’t know… I know he felt a hamstring and that’s not good.

‘[He] didn’t feel it that much, [he] said he could have played on but no sprints anymore which doesn’t help in that position obviously.

Asked after the match how long he expects the Brazilian to be out for, Klopp claimed: ‘I don’t know. You know, muscle injuries are like this – you get the result, but tomorrow morning probably. So we have to wait for that.’ 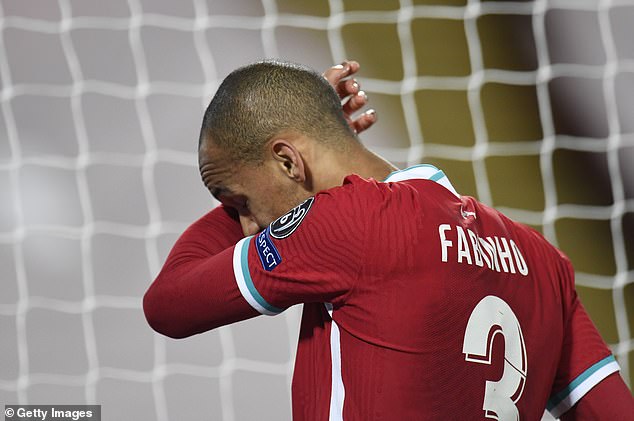 Speaking to BT Sport at half-time, former Liverpool striker Peter Crouch admitted the injury was a ‘huge blow’ to Klopp and his team.

‘Yeah this is huge, Fabinho’s been a fantastic replacement, looks like a hamstring,’ Crouch said.

‘Really disappointing, huge blow for Liverpool – you just hope to God that it’s not long-term.’

Ex-Liverpool midfielder Adam Lallana, who left the club in the summer for Brighton, added: ‘Typical, it happens when a big centre half is missing and then another one like that. 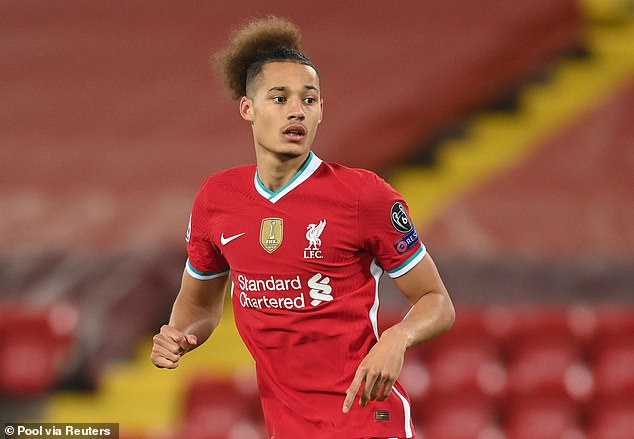 ‘Hopefully it’s minor and it’s another test for the group and I think the young lad [Williams] has done well coming on, off the bench.’

The cause for concern with Fabinho follows Van Dijk’s injury in the Merseyside Derby against Everton, after he was clattered by goalkeeper Jordan Pickford.

The Dutchman requires surgery on his knee and after Dejan Lovren was sold to Zenit St Petersburg in the summer, Klopp now finds himself short in central defence ahead of the game against West Ham on Saturday.

With Matip’s fitness struggles making him a doubt for Saturday’s home clash with West Ham, according to Klopp, youngsters Rhys Williams, Nathaniel Phillips and Billy Koumetio have suddenly come into serious starting contention for the first team. 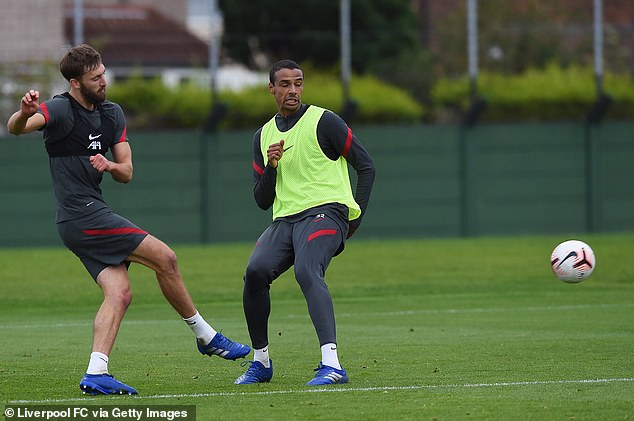 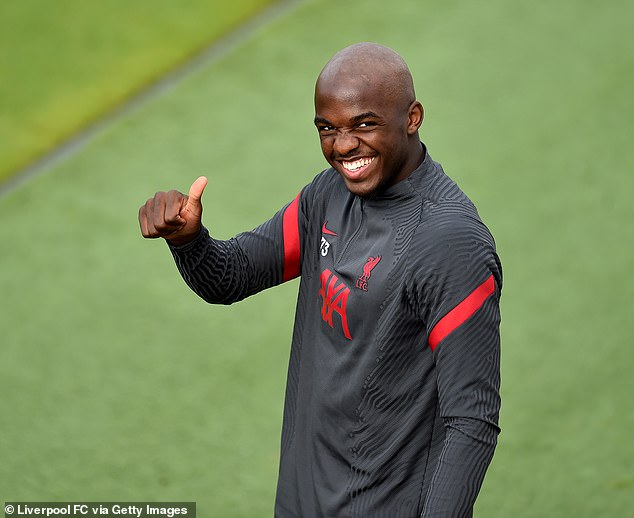 ‘The only problem we have now is we have four days to the West Ham game and you will make every day a story of him and then he has to prove he can deal with that as well, because the vibe was calm around him.

‘We have very young and inexperienced alternatives, and at the moment it looks like we have to choose one of them.

‘I don’t know yet – but to be really clear and positive, Rhys was not in one situation tonight our problem, he played a really good game.’