‘I cannot write a book, throw it on the pitch and tell them to read it’: Jurgen Klopp uses BIZARRE analogy to blast his Liverpool players for their sluggish start in draw against Fulham

Liverpool boss Jurgen Klopp has hit out at his side’s sluggish start in their 1-1 draw with Fulham, claiming that his players needed to ‘wake up’ after a ‘really bad first half an hour’.

The Cottagers took a deserved lead through Bobby Decordova-Reid, who fired in the opener after just 25 minutes while the reigning Premier League champions looked uncharacteristically lethargic and sloppy in possession.

A Mohamed Salah penalty late on in the second half did eventually earn the Reds a point on Sunday but Klopp was left thoroughly unimpressed with his team, as he used a bizarre analogy to describe their lack of motivation. 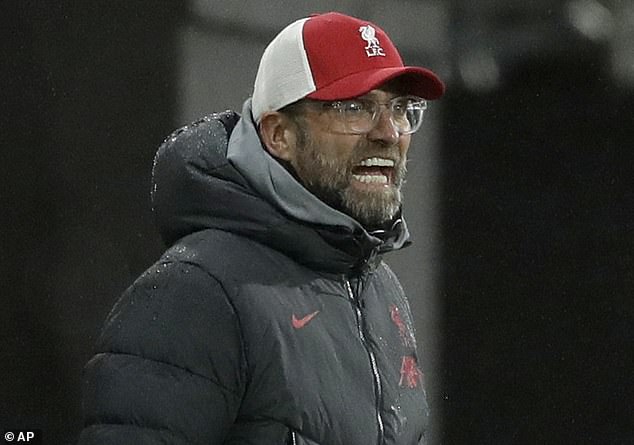 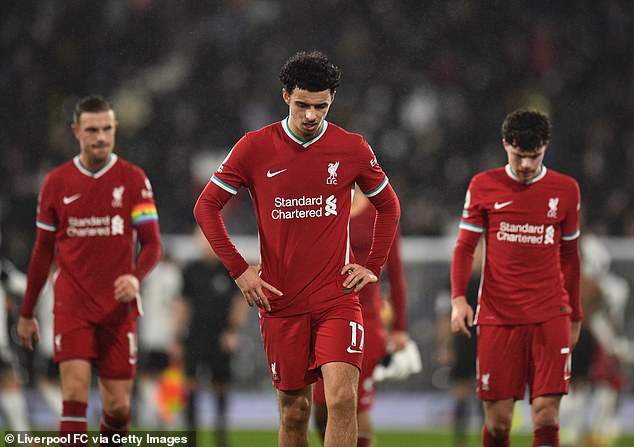 ‘We didn’t play well,’ Klopp told Sky Sports after the game. ‘If they had to wake up I don’t know, but I cannot write a book, throw it on the pitch and tell them to read it. But I wanted us to shake up the game.

‘A good start to the game is nice but if you don’t have a good start you can start again. We need half an hour to get our feet into the game. That’s why I shout a little bit at them.

‘After half an hour it was better. Second half was good. I think Hendo’s chance was a big one, a really big one. Could have had more, but we scored a goal. 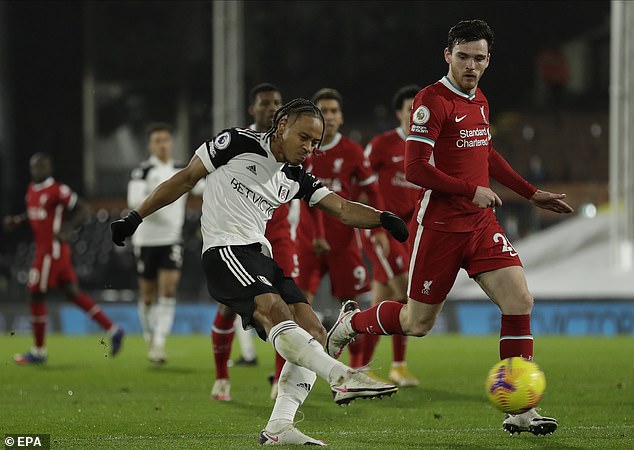 ‘The first 30 minutes were not good, we could have lost the game in that period, but we didn’t because the next 60 were really good.’

Klopp said: ‘We deal with human beings and things like this can happen. When you look at the results from the teams who play in Champions League or Europa League in the week, they had a tough weekend.

‘It was crazy, and maybe this was the weekend where we all felt it a little bit. But you have to fight against it, and that’s what the boys did.’

Fulham manager Scott Parker was delighted with his side’s performance, which he claimed illustrated their growing maturity. 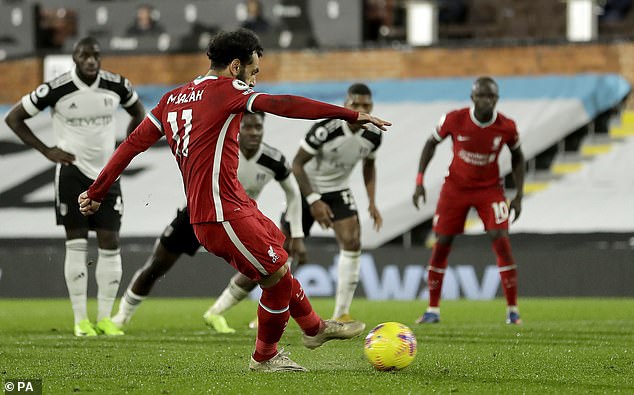 Parker said: ‘I suppose we are a little bit disappointed but it shows how far we’ve come. We were excellent first half, everything we worked on to a man the players executed. It was top, top drawer and maybe we needed another one to go in.

‘The game’s always going to change round second half and there was no denying we had to swallow it up. But we looked solid and we had some real quality about us.

‘The crowd played a big part, they were right behind this team and showed the level of commitment we’re going to need.’

The Guardian: Ivanka Trump will run for the "Senate" seat in Florida

Charles Piutau crossed in the second half after spurning a glorious chance at the end of...