‘What people say about Firmino is ridiculous’: Jurgen Klopp defends Liverpool forward’s record after he scored just his second goal of the season in their win over Leicester

Jurgen Klopp hailed his Liverpool record-breakers after the injury-hit champions delivered a statement of intent by brushing aside Leicester.

This victory made it 64 home games unbeaten in the league, eclipsing the 63 they strung together between February 1978 and December 1980.

An own goal from Jonny Evans put Liverpool ahead and they dominated the game from then on. 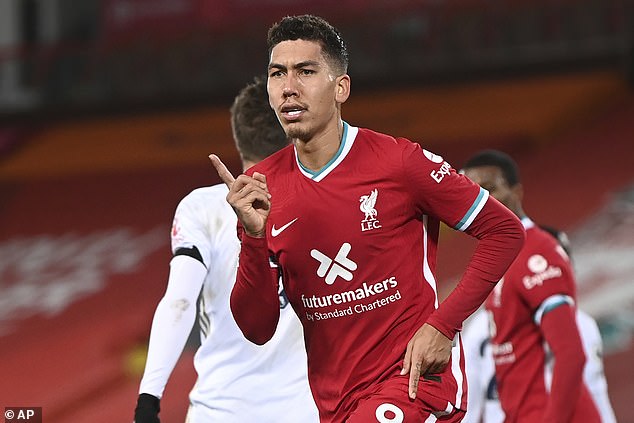 Diogo Jota made it 2-0 just before half-time and Roberto Firmino — with only his third goal post-lockdown — sealed victory in the 86th minute.

Liverpool were without Virgil van Dijk, Mohamed Salah, Jordan Henderson, Trent Alexander-Arnold, Thiago Alcantara and Joe Gomez — and midfielder Naby Keita may be added to that list after he was replaced by Neco Williams early in the second half.

A delighted Klopp said of the victory: ‘It was very satisfying. We deserved it 100 per cent.

‘The boys played an incredible game against a top opponent.

‘I don’t take things like this for granted but the boys were really on fire football-wise — they played and played and they played.

‘We could and should have scored more goals, which against a team with the quality of Leicester is really special.

‘James Milner’s performance was really special, the front line of Jota, Firmino and Sadio Mane have not played together too often but how they did tonight was not bad!

‘What people say about Firmino (his lack of goals) is ridiculous, just because they have nothing else to talk about sometimes.

‘You cannot be closer to a goal than he was tonight, before he scored. I’m so happy for him and he played outstandingly.’ 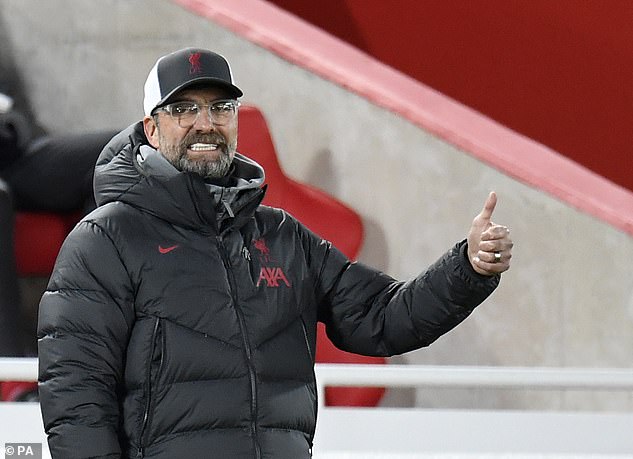 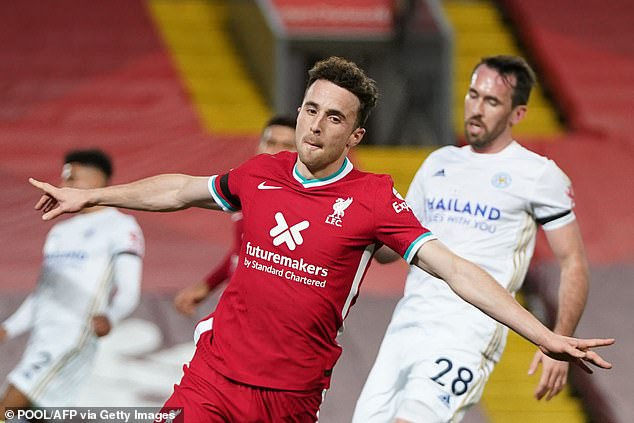 Veteran Milner, who was superb and played in two positions, added on Sky Sports: ‘In the first half we were very good, in the second half we weren’t as good.

‘We let them into the game a bit more, but there are a lot of miles in the boys’ legs after internationals and things.

‘We kept the ball pretty well at times, took the sting out of it and got the second goal.

‘We could have been out of sight.

‘I don’t know what Bobby (Firmino) has been doing, he was the unluckiest man alive (not to score earlier), but he deserved his goal. He was brilliant tonight and it was a great performance.’