A premature baby was violently shaken to death at least three different times, a murder trial has heard.

Holly Roe suffered brain injuries at least three different times and her tiny rib cage had been fractured in 12 places before paramedics found the eight-week-old cold and unresponsive.

The final head injuries would have left Holly unconscious despite the extreme pain from her rib fractures, a jury were told.

Mother Tiffany Tate, 22, and father Michael Roe, 33, are both accused of murdering their daughter.

Sally Howes QC for the Crown said on the balance of evidence, the prosecution case is Michael Roe murdered his daughter.

Ms Howes said: ‘It’s the position of the prosecution that the strength of the evidence suggests it’s Michael Roe who is responsible.

Father Michael Roe (left), 33, and mother Tiffany Tate (right), 22, are both on trial for the death of the child

‘There is also evidence for you to consider Tiffany Tate had the opportunity for that unlawful act. It is for you to decide who is guilty of murder. Michael Roe is the last person to see her alive.

‘The injuries were of such severity, she would have been unconscious at the time of injury.

‘Michael Roe clearly had no patience with Holly during feeding.

‘Feeding her through the nose with a syringe and pinching her toe to get her to cry.’

Ms Howes QC said there had effectively been a dress rehearsal of Holly’s death when she stopped breathing a few weeks before.

She said: ‘When she stopped breathing, she was in the sole charge of Michael Roe.’

Both parents are accused of murder and allowing the other to kill their baby.

Tiffany Tate admitted she had difficulty bonding with premature Holly.

She told police in an interview she was frustrated and had lost her temper during feeding.

Ms Howes told the jury they would have to consider if she had the opportunity to shake her baby in a 20-25 minute window while Michael Roe was asleep.

Jurors were told they must decide whether one of the parents murdered the infant. 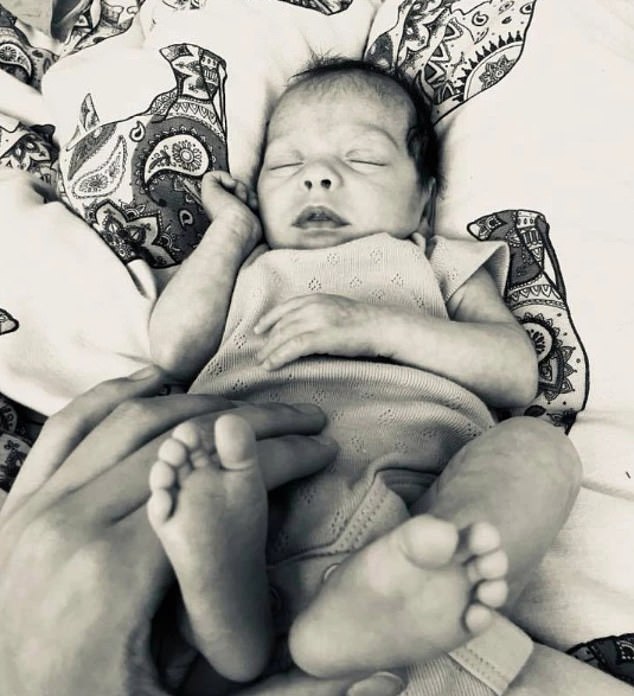 Eight-week-old Holly Roe was rushed to Pembury Hospital in Tunbridge Wells, Kent, where she was pronounced dead

Sally Howes QC for the Crown said: ‘This is consistent with that brain being rattled around.

Despite being two months premature, Holly Roe was doing well when she was discharged from hospital.

‘This was a perfectly healthy baby who finally, catastrophically and fatally collapses,’ Ms Howes said.

She would have been noticeably ill to any carer, experts said.

The court heard Michael Roe told the health visitor Tiffany Tate felt like throwing Holly against the wall during a night feed.

She admitted struggling to bond with the baby during her first few weeks as a premature baby in hospital and having difficulty waking up for night feeds.

Mr Roe told the nurse Tiffany Tate could not cope with the new baby at night but was a good mother during the day.

Former foster child Tiffany Tate was only 19 when she moved in with Michael Roe.

They lived together in Crowborough, East Sussex when baby Holly was born two months premature on July 14, 2018.

Ms Tate admitted she had trouble bonding with her daughter while she was still in the premature baby unit which continued after Holly was allowed home.

When the baby cried, she became frustrated and panicked, Ms Howes said.

Michael Roe told a health visitor he took over night feeds as Tiffany Tate had no patience with Holly. 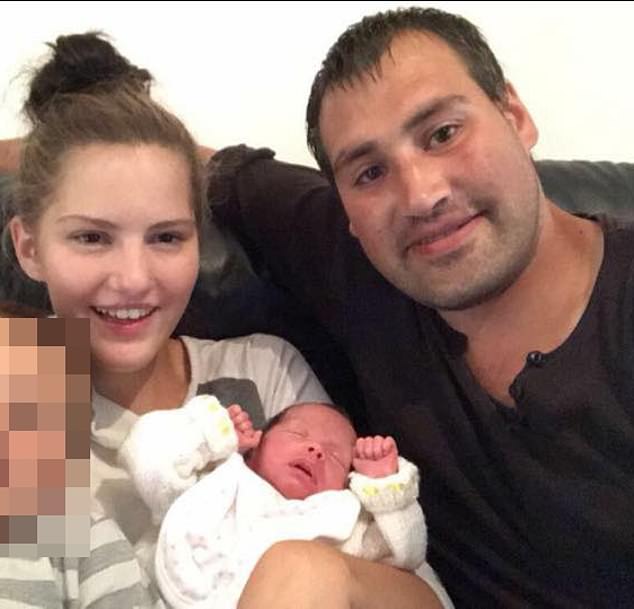 The court heard Ms Tate agreed she told her former partner she felt like throwing the baby against the wall.

Emergency services were called to the house in the early hours of Monday, September 10, 2018 after the couple reported she was not breathing.

Holly was found to be cold, not breathing and with no heart activity at all, Ms Howes said.

Paramedics battled to save her before she was taken to Pembury Hospital in Tunbridge Wells where she was pronounced dead.

Eight-week-old Holly had suffered head injuries on three different occasions before her death and 11 rib fractures.

The first was a few weeks before her death, the second several days before and the final brain injury within 48 hours, Ms Howes said.

The pattern of injuries showed they were the result of non-accidental and abusive head trauma, consultant neuropathologist Prof Safa Al-Sarrau said.

The likely mechanism of Holly’s injuries would have been violent shaking.

Former consultant paediatric neurosurgeon Peter Richards said in his opinion Holly’s behaviour would not have been normal following the injuries she suffered.

‘He would have anticipated her being unconscious from the point of injury.

Dr Nicola Cleghorn said Holly would have been extremely distressed by the pain from her rib fractures.

They would not have been caused during resuscitation, Ms Howes said.

‘It is highly unlikely that a fracture can occur accidentally without a carer being aware of the event and acting immediately.

‘Dr Cleghorn considers the most likely cause of the rib fractures to be an inflicted injury, most likely excessive squeezing around her chest and, in conjunction with the opinions about the traumatic brain injury would support there having been a shaking episode,’ Ms Hawes said.

The jury have been told the defendants are back in court after their original trial was abandoned in March following the national lockdown.

Hove Trial Centre was one of the few Covid compliant courts to reopen after lockdown.

Barristers and jurors are separated by perspex screens.

The defendants sat at a social distance in the secure dock without speaking to each other.

Miss Tate and Mr Roe both deny murder and causing or allowing the death of their baby.

MOTDx: How Cesar Azpilicueta got involved in Hashtag United