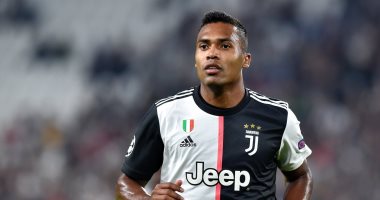 It was confirmed the absence of Alex Sandro and Danilo, the Italian team Juventus, from the Napoli match scheduled to be held on Saturday, in the third round of the Calcio competition, at the “Diego Armando Maradona” stadium.

The Italian newspaper, Toto Sport, reported that Sandro and Danilo will leave Brazil at 2:30 am on Friday, after participating with samba in the South American qualifiers for the World Cup.

She added, that the Juventus duo are in the city of Pernambuco near Recife in Brazil, and they will leave their country at 2.30 am on Friday, with a trip to Sao Paulo for a 3-hour trip, and then to the French capital, Paris.

After Sandro and Danilo arrive in the French capital, “Paris,” they will head to Turin directly, but their return will be on Saturday afternoon, the same day as the Napoli match, which will be held at six in the evening, which confirms their absence from the important meeting.

It is worth noting that the Juventus team occupies the 12th place in the Italian league table, with one point, collected from a draw and a loss so far in the new season 2021-2022.