Andrea Pirlo has been sacked by Juventus after a miserable season in which they lost their grip on Serie A in devastating fashion and failed to make their mark in Europe.

Juventus started the campaign in search of a 10th straight title but couldn’t live with runaway champions Inter Milan.

Pirlo was given his marching orders with Juve stumbling into next season’s Champions League as Max Allegri is preparing to return, two years after he departed.

The news was confirmed on Friday morning with the club placing on record their thanks for Pirlo’s efforts in a highly sentimental statement. 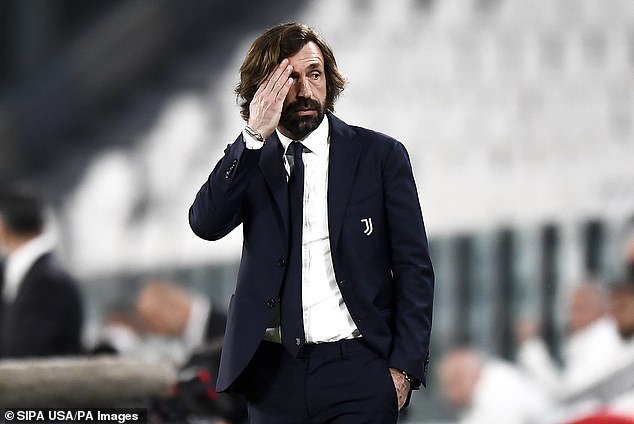 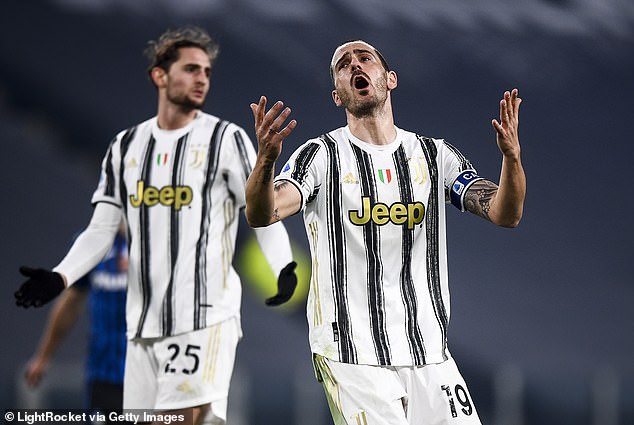 It read: ‘Thank you, Andrea.

‘These are the first words that all of us need to say at the end of this special experience together.

‘A few months ago, Andrea Pirlo, an icon of world football, began his new adventure, his first as a coach.

‘To do this, first of all, it takes courage, as well as awareness of one’s own means, especially in a period marked by thousands of difficulties, with the world forced by the pandemic to reinvent its own rules day after day.

‘Pirlo has just begun the first steps of what will no doubt become a brilliant career as a coach. An adventure of transformation, seeking, and often managing, to bring his ideas and his experience as a champion on the pitch from the ‘other side’ of the fence.

‘And since in football, what counts are the victories, let’s remember them: in the space of a few short months Pirlo’s Juve has raised two trophies: The Italian Supercup and the Coppa Italia. And he, as coach, brought home brilliant victories on the most prestigious of fields, from San Siro to Camp Nou.

‘For all this, for the courage, the dedication, the passion with which he demonstrated every day, our thanks go to the Maestro, the Coach and to Andrea, that really comes from the heart. As well as our good luck for the future that will surely be a wonderful one.’

The club also published a photo gallery of Pirlo’s tenure as manager on their club website with no mention of the word ‘sacked’.

The 41-year-old Pirlo was promoted from Under-23 coach to first-team boss last summer, taking the reins from Maurizio Sarri with Juve chiefs unhappy with the side’s style of football and European exploits under the former Chelsea coach.

However, Pirlo failed to inspire better displays out of the Italian champions, who were dumped out of the Champions League last-16 by Porto.

Their most-recent European exit means that Juventus have failed to make the latter stages of the tournament in the past three season, having been eliminated by Lyon at the same stage last season and Ajax in the quarters of the 2018-19 competition.

Pressure had been mounting on Pirlo, whose role in the Juventus hotseat was his first gig in senior football.

Despite Cristiano Ronaldo leading the scoring charts with 29 league goals, Juve have picked up nine draws this campaign, the most since they won the first of their nine successive titles in 2011-12.

Those dropped 18 points in draws, plus suffered six defeats, which cost them dear in their pursuit of a 10th-successive title. They finished 13 points behind champions Inter. 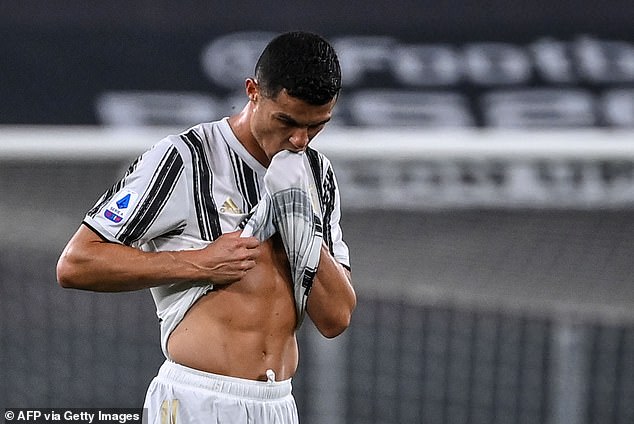 Pirlo survived being kicked out before the end of the season and did manage to win the Coppa Italia against Atalanta to depart with some silverware.

Losing their place in European football’s premier club competition would have been a heavy blow to Agnelli and Juve, with the president signing the club up for the disastrous European Super League, but edging in on the final day did not prove enough to keep Pirlo in his job.

Pirlo won four Serie A titles as a player with Juventus after arriving on a free transfer following the end of his glory-laden spell with AC Milan.

He is a two-time Champions League winner and also lifted the World Cup when Italy triumphed in Germany in 2006.

Allegri, Zinedine Zidane and Gennaro Gattuso were the early frontrunners to take the vacant role and become the Italians’ fourth manager in as many seasons.

Gattuso eventually elected to take over at Fiorentina while Allegri soon emerged as the No 1 target and he will be presented soon after agreeing a four-year deal. 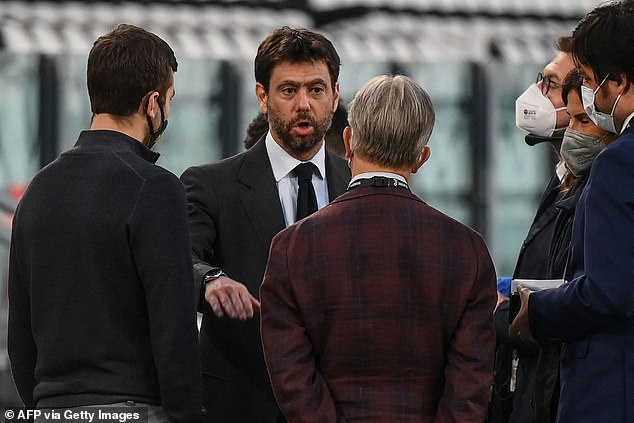