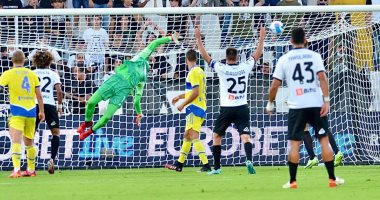 The positive tie was settled with a score of 1 – 1, the first half of Juventus’ meeting with its host Spezia, which is currently being held at the “Alberto Pieco” stadium, in the fifth round of the Italian League “Calcio” for the current season 2021/22.

Juventus was the first to score through young striker Moise Kean, in the 28th minute, with a shot to the right of the Spezia goalkeeper.

Juventus started the match with a formation consisting of:

Juventus, led by Massimiliano Allegri, suffers from one of the worst starts of the old lady in the history of his participation in the Italian League, as he failed to achieve victory despite the passage of 4 rounds so far..

Juventus won only two points from 4 matches, as it drew against Udinese 2/0 and against AC Milan 1/1, while it suffered two defeats against Empoli 1/0 and Napoli 2/1..