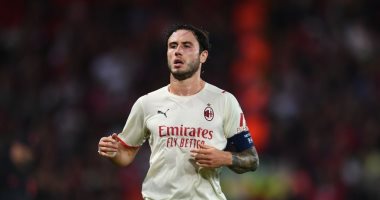 The Milan team misses one of its most important elements against Juventus in the match scheduled for tomorrow, Sunday, at the top of the fourth round of the Italian League season 2021-2022, at the Allianz Stadium.

According to the Italian newspaper, “Toto Sport”, Milan defender David Calabria suffered a muscle injury in training yesterday, Friday, and to a large extent will be outside the Rossoneri’s accounts against Juventus at the top of the fourth round of the Calcio competition.

The newspaper added that Calabria will be outside Milan coach Pioli’s calculations against Juventus, and he prefers more than playing next to the trio of Tomori, Theo Hernandez, Kier, in order.

And she explained that Croatian star Ante Rebic will lead Milan’s attack against Juventus, in the absence of Swede Zlatan Ibrahimovic, who suffered from an Achilles injury that led to his absence from the Liverpool match in the opening Champions League campaign.

It is worth noting that Milan occupies the second place in the Italian league standings with 9 points, with a goal difference from leaders Roma, while Juventus comes in 16th place with one point.