Vice President Kamala Harris today jetted off to meet migrants and visit a border patrol facility on the US-Mexico border, following criticism from Republicans that she has been too slow to visit the region.

Harris, 56, boarded an Air Force Two on Friday morning to travel to El Paso, Texas, from Joint Base Andrews, Maryland, in her first visit to the US-Mexico border since becoming Vice President five months ago.

Her trip to El Paso was announced on Wednesday and appeared to have been hastily put together days before a visit to the border by former President Donald Trump.

She will tour a CBP facility in Texas and meet with immigrant-rights advocated during her visit, aiming to counter claims from Republicans that she has been too slow to visit the region as part of her role addressing the root causes of immigration. 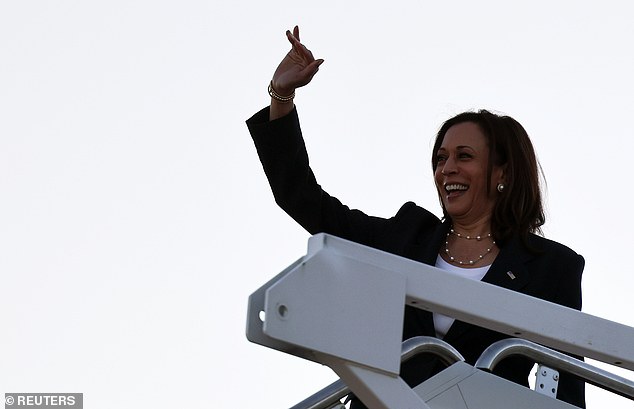 White House officials, who for months have said Harris’ efforts to stem immigration from Central America are focused on diplomacy and are distinct from the security issues at the border, struck a different tone on Thursday.

‘The Vice President’s trip to Guatemala and Mexico earlier this year was about the root causes, and this border visit is about the effects,’ Harris’ spokesperson, Symone Sanders, said. ‘Both trips will inform the administration’s root causes strategy.’

Harris, who visited the U.S.-Mexico border as a senator and attorney general from California, was assailed by Republicans when she visited Mexico and Guatemala this month as part of her efforts to lower migration from the region into the United States.

During the trip, Harris said she would visit the border in the near future but was focused on ‘tangible results’ and ‘opposed to grand gestures.’

A White House official, who did not wish to be named, told Reuters there wasn’t a change in strategy. ‘She has always said she will visit the border but it was more like ‘when is it the right time,” the official said. 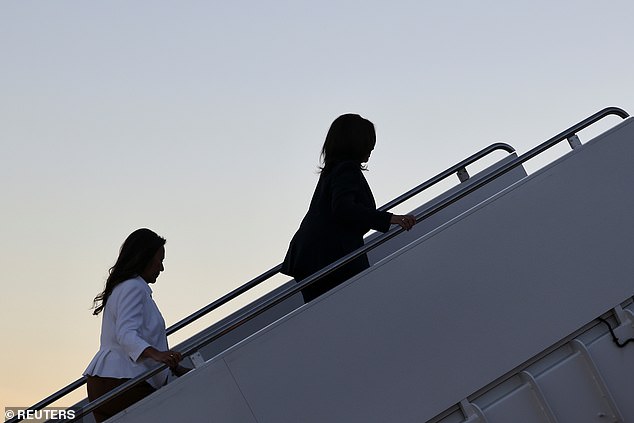 Harris, 56, boarded an Air Force Two on Friday morning to travel to El Paso, Texas, (pictured) in her first visit to the US-Mexico border since becoming Vice President five months ago

Theresa Cardinal Brown, managing director of immigration and cross-border policy for the Bipartisan Policy Center, a Washington-based think tank, said many Republicans have embraced the hardline immigration policies of former President Donald Trump as they gear up for U.S. congressional elections in 2022.

As such, they are unlikely to stop their criticism of Biden’s policies, even if Harris visits the border.

‘They believe that is something that can win them seats in 2022, so of course they’re going to play it up,’ she said. ‘They’re going to try to make it an issue.’

Harris will be accompanied in El Paso by the Department of Homeland Security (DHS) Secretary Alejandro Mayorkas, Chairman of the Senate Judiciary committee Dick Durbin and Democratic Representative from Texas Veronica Escobar.