Kanye West and Irina Shayk have confirmed heated rumors of a new romance amid his divorce from wife of six years Kim Kardashian.

In exclusive images obtained by DailyMail.com, Kanye, 44, can be seen taking a romantic stroll with Irina, 35, in Provence, France, where they are staying at the luxury Villa La Coste boutique hotel together.

Rumors of the pair’s romance began late last month, with claims that Kanye was secretly dating the model, who shares a child with actor Bradley Cooper.

In the pictures, the pair can be seen enjoying their getaway surrounded by the beautiful idyllic countryside while the rapper even stopped to take a few pictures of the Russian supermodel, as they appeared to be very comfortable around one another. 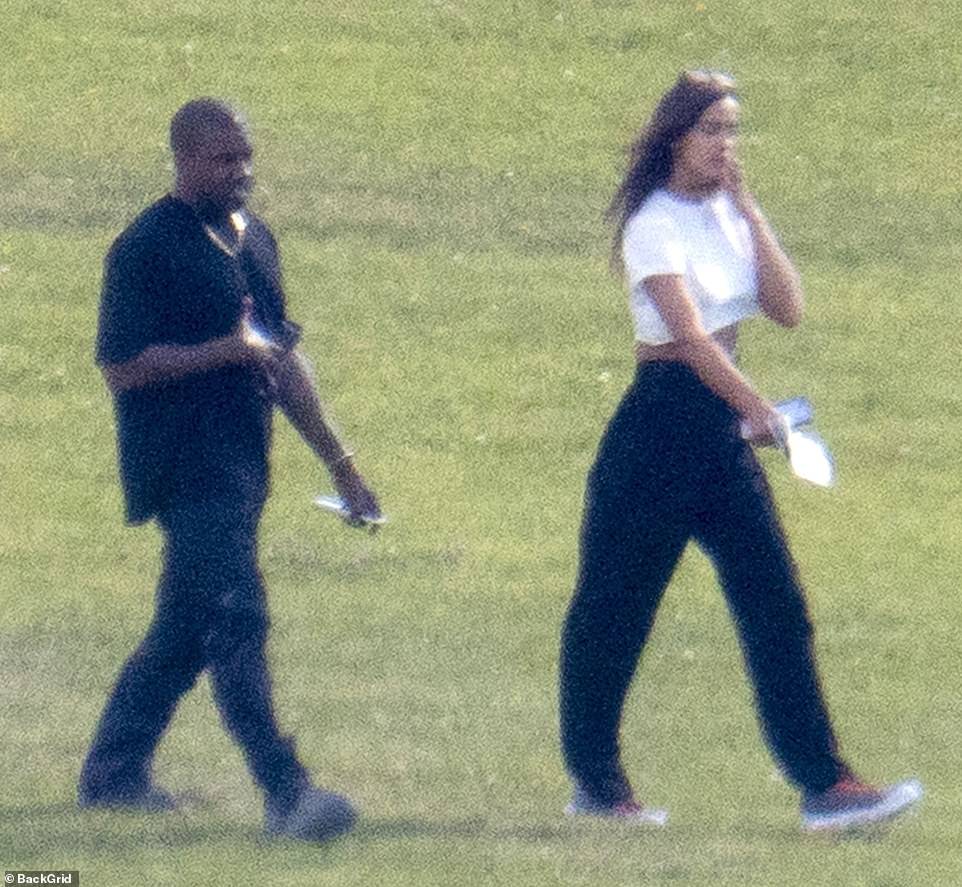 EXCLUSIVE: Kanye West rebounds with Irina Shayk as the pair are spotted on a romantic stroll in France on his 44th birthday 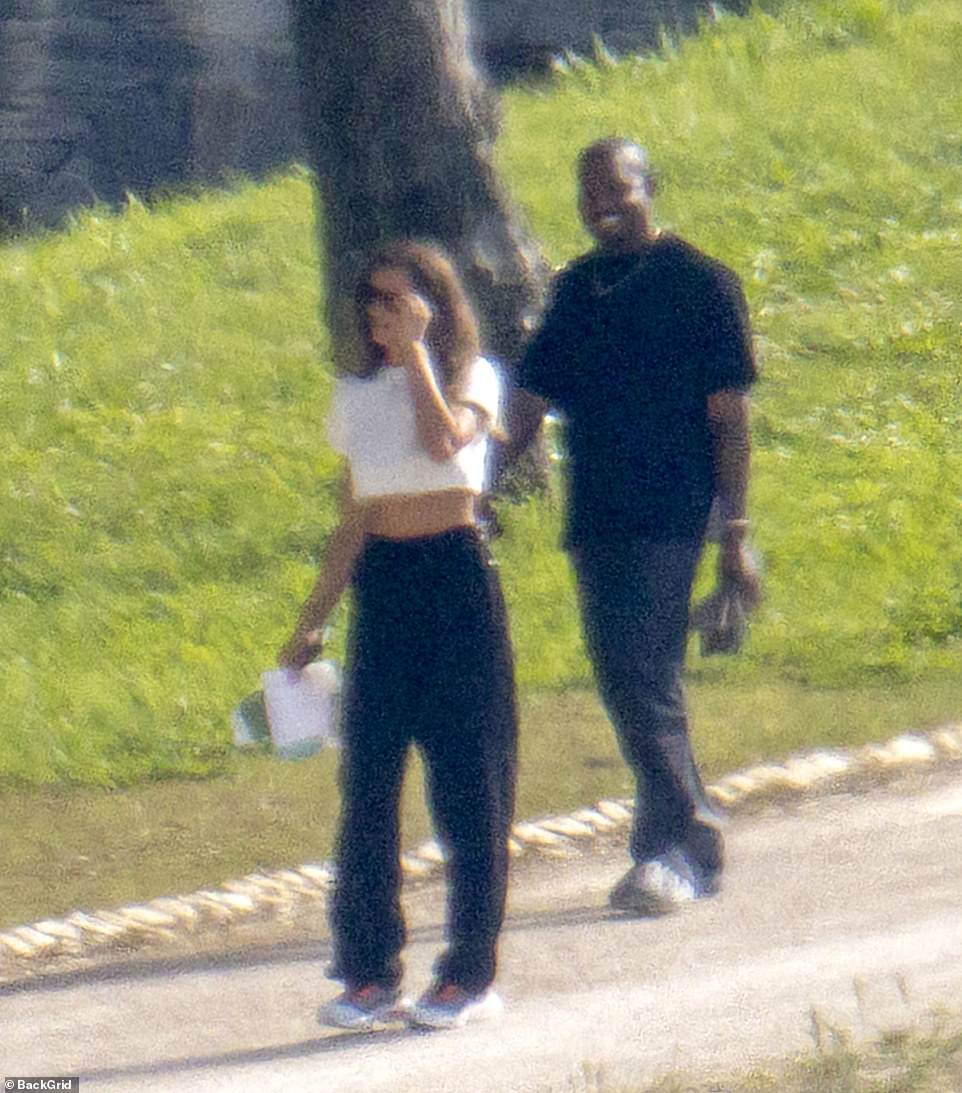 Can’t hide that smile! The billionaire rapper was beaming with happiness as he walked behind the Russian supermodel

France has always been a favored destination for the Yeezy star, who spent time with estranged wife Kim Kardashian there in 2012 when they had first begun dating.

Kim sat front row at Kanye’s runaway show during Paris Fashion Week in March 2012. In 2014, Kim and Kanye would have an extravagant pre-wedding party at the Palace of Versailles in Paris.

Meanwhile, Irina and Kanye are certainly no strangers to one another, having been connected for more than a decade.

Back in 2010, the runway maven was a featured player in West’s Heaven-inspired Power music video, where she portrayed an angel. 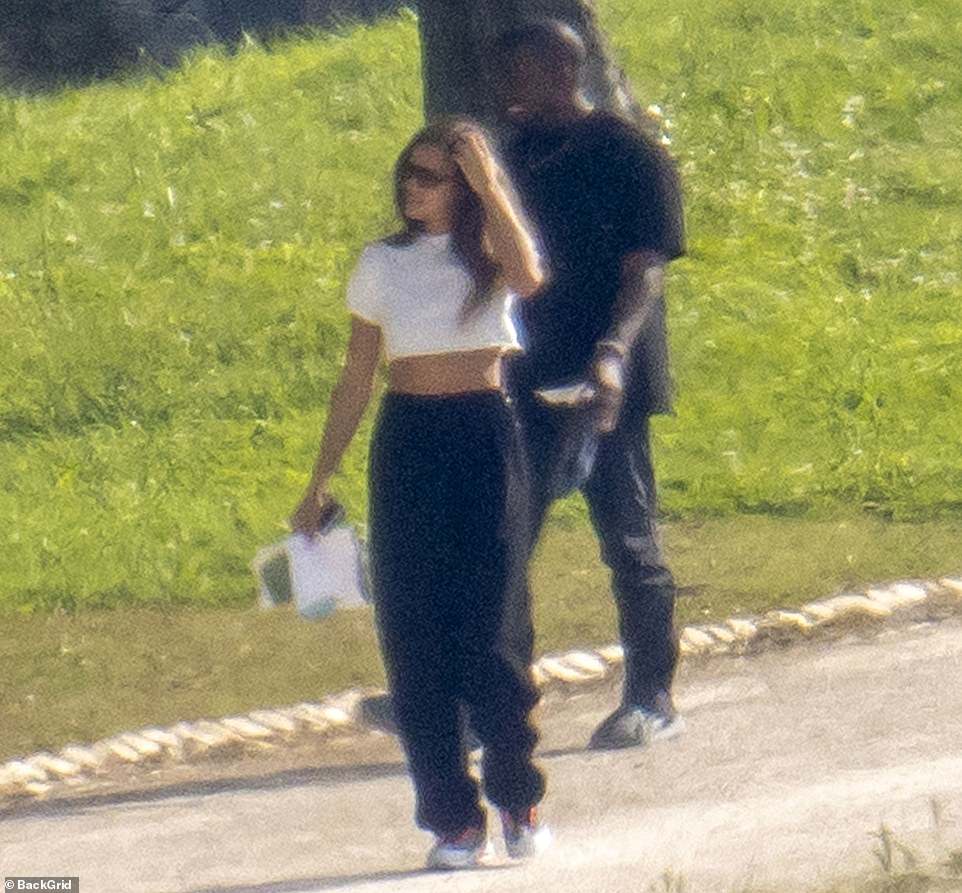 Romantic stroll: The pair were seen standing close together as they took in the idyllic countryside

Just two years later, the Russian-born beauty put her modeling skills to the test as she graced the runway for West’s Fall/Winter fashion collection at Paris Fashion Week.

‘After further looking into this, I don’t know if “dating” is the right word, but there is perhaps some interest there.’ 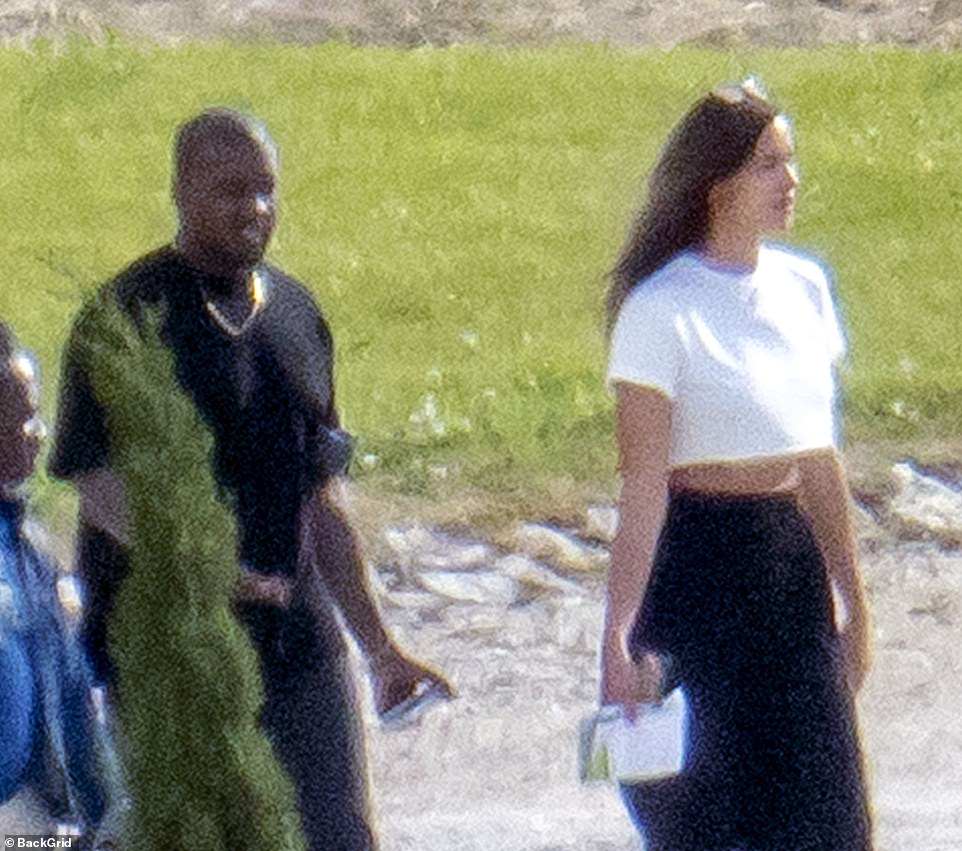 Casual couple: Irina looked stunning a white crop top while Kanye went low-key in a black T-shirt as the pair looked every inch of the happy new couple

Seeming to double down on earlier ‘dating claims,’ another tipster insisted to DeuxMoi that Irina and Kanye ”Def dating.’

Another link between the pair occurred as recent as last month, with Irina having sported a DMX shirt designed by West in collaboration with Balenciaga. 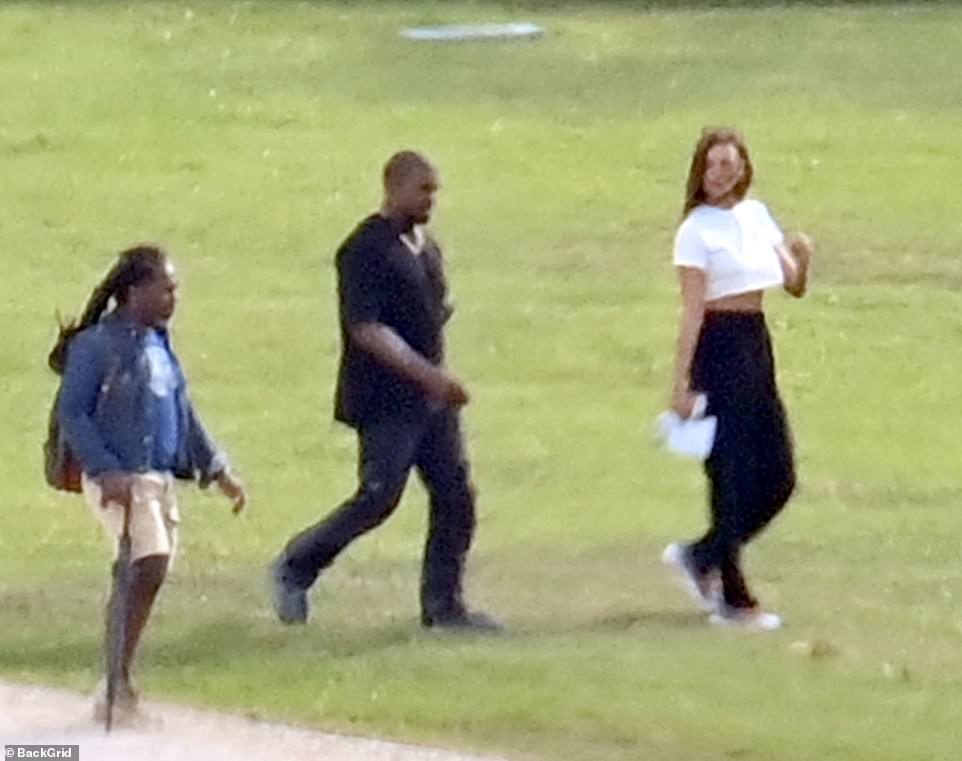 Kanye and his crew: The rapper was also accompanied by a group of team members who kept a careful watch over the pair 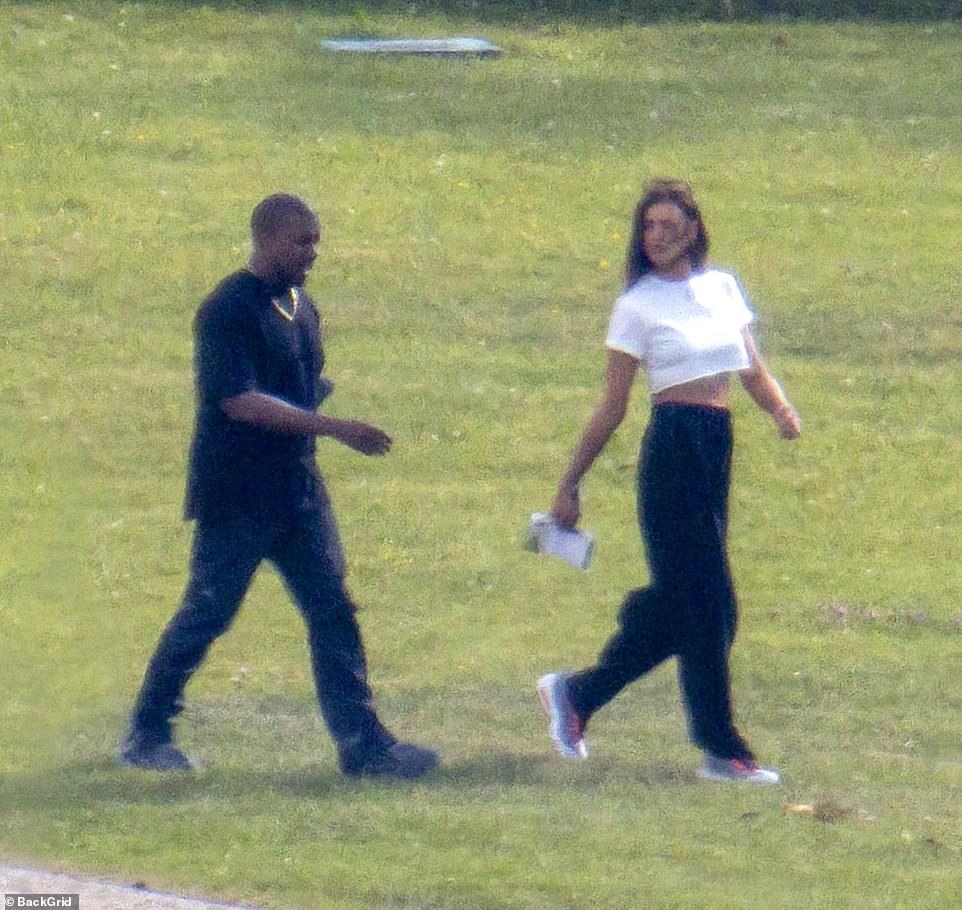 No strangers: Irina and Kanye are certainly no strangers to one another, having been connected for more than a decade 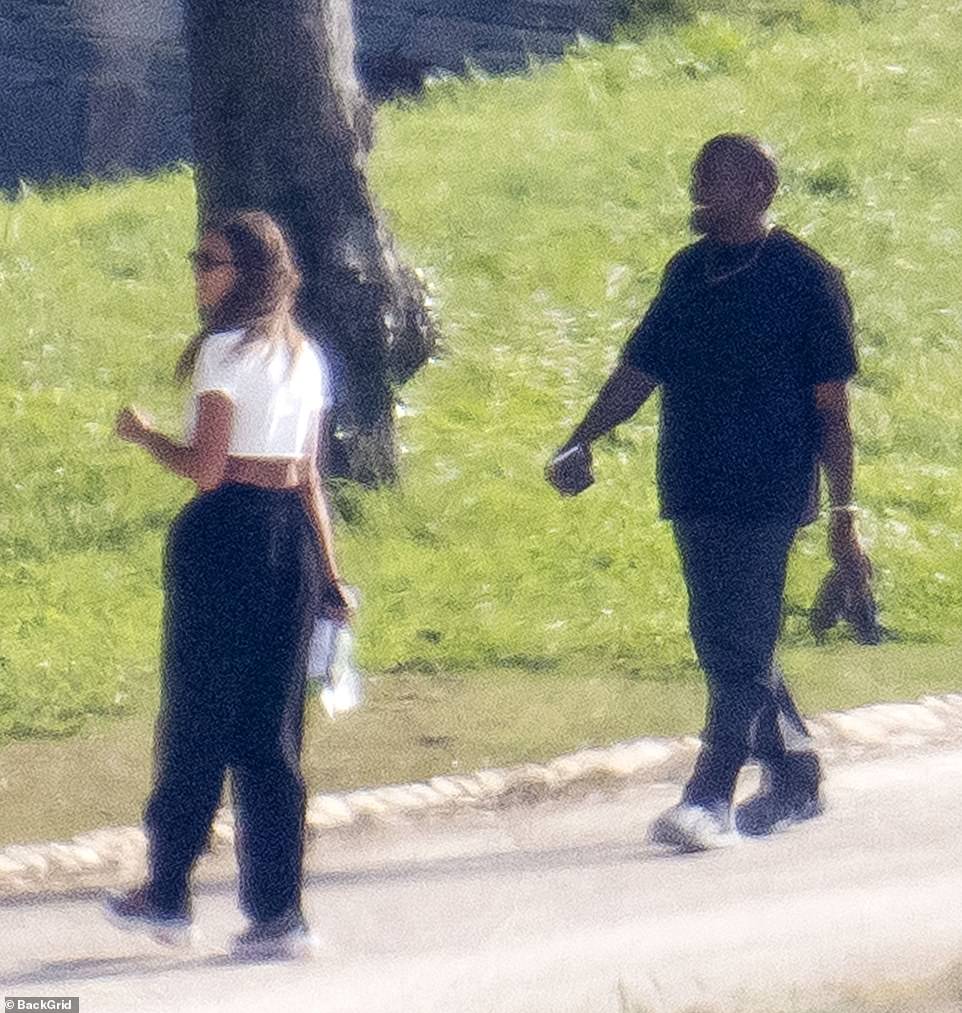 Happy sighting: Both Irina and Kanye appeared to be in a joyous mood as they were seen on a romantic stroll in France 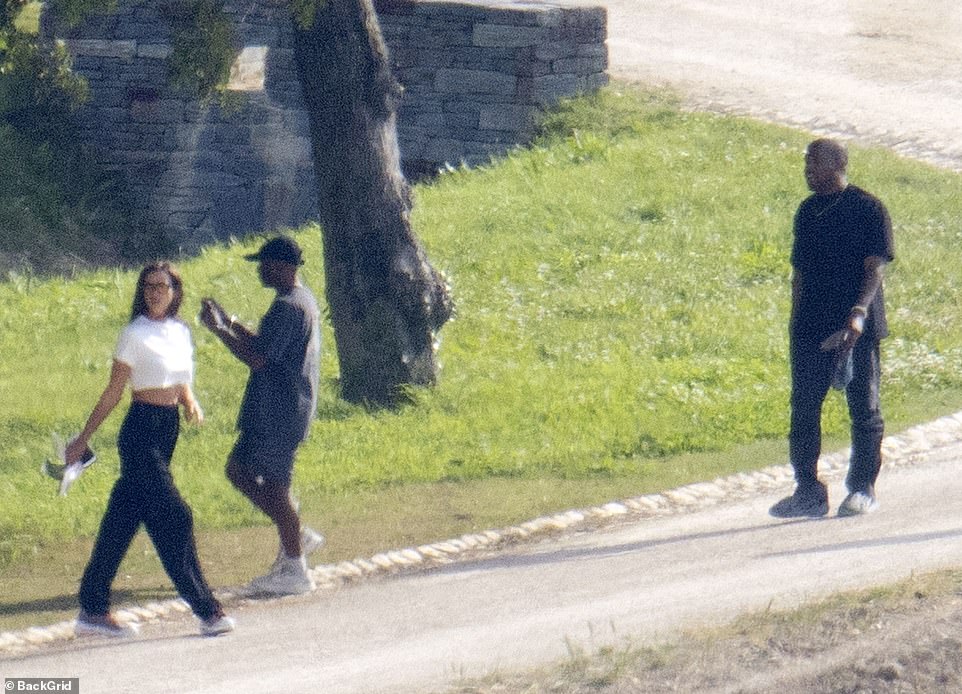 Taking in the sights: The rapper and the Russian supermodel stopped to look at art installations while out on their walk 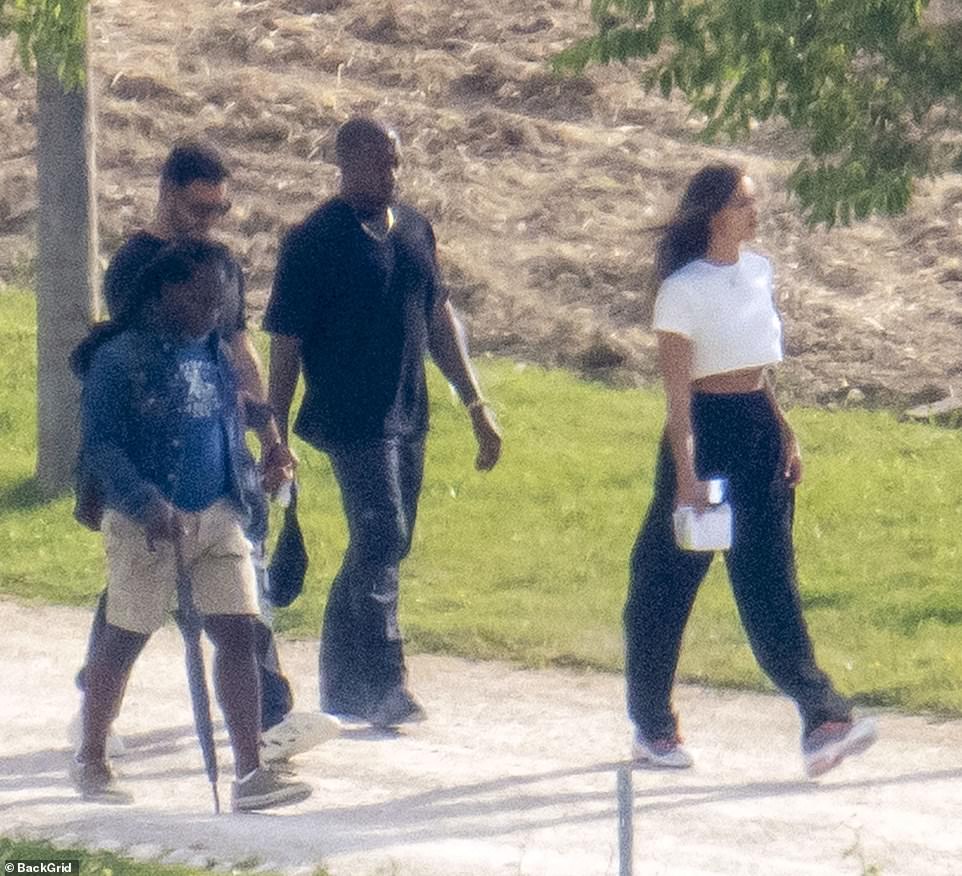 Enjoying the view: Kanye was seen walking behind Irina as he was also joined by members of his team 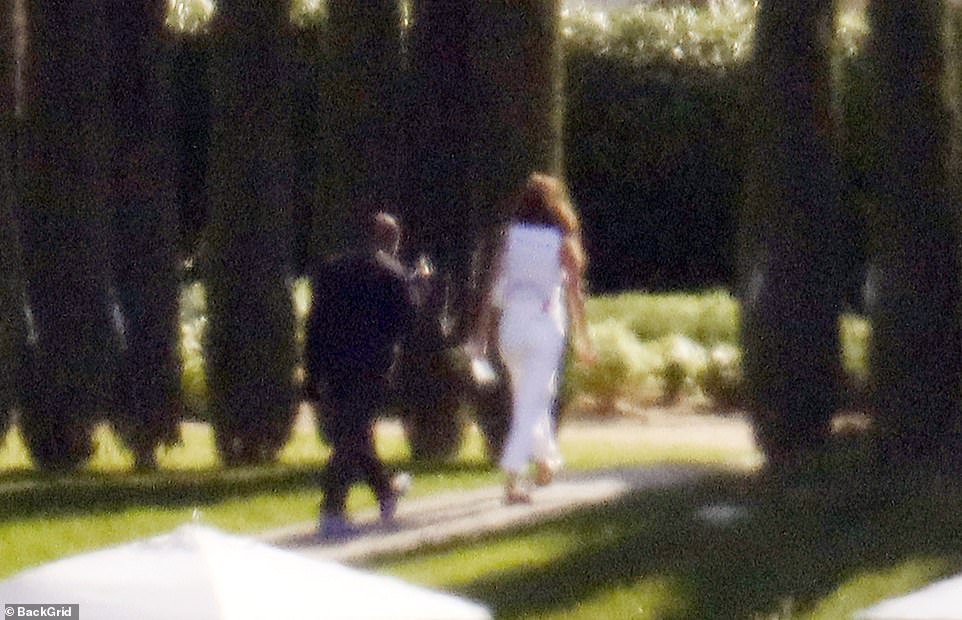 Romantic: At one point, it looked as though Kanye and Irina were walking off together for some quiet time

Irina and Bradley began seeing each other in 2015 and moved quickly with their relationship, as they welcomed Lea two years after they initially met.

Although the two were often spotted together in public over the next few years, their partnership came to an end in 2019.

Cooper and Shayk have remained on good terms, and the actor moved to New York City in order to be closer to his daughter and former girlfriend. 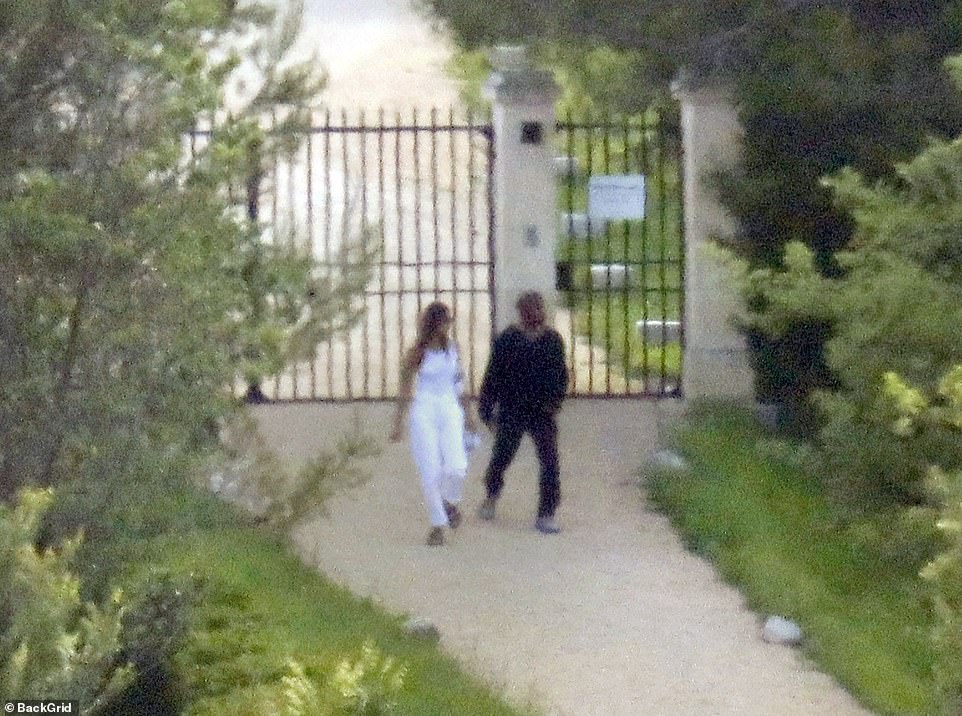 Keeping close: The pair, who have known each other for years, appeared to be comfortable around one another 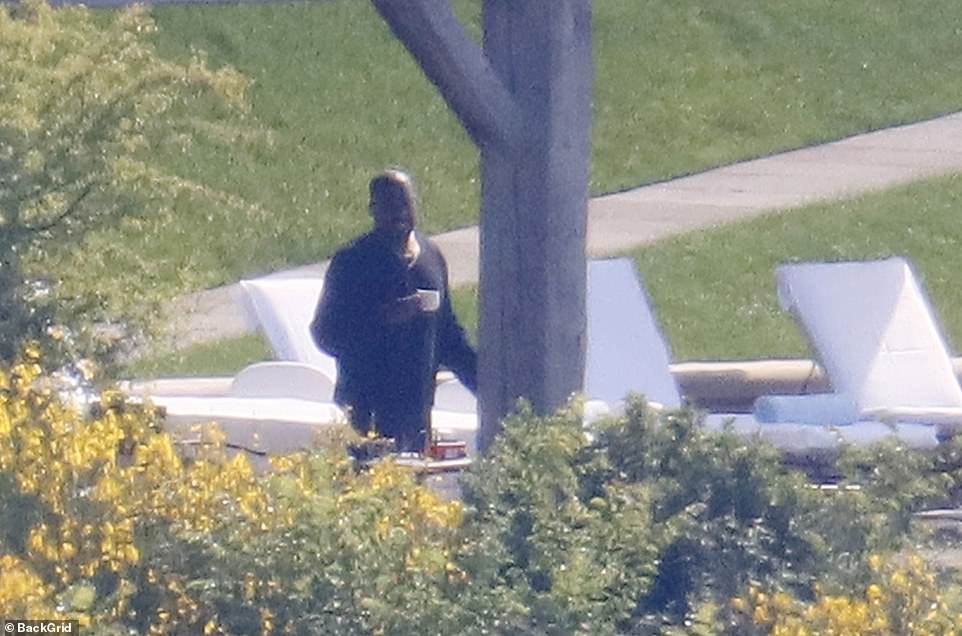 Kanye’s nearly seven year marriage to Kim Kardashian came to an end in February, with the reality TV sensation filing for divorce.

According to People, the Stronger rapper filed his response for divorce in early April, where he asked for joint legal and physical custody of their children.

The source also stated that, despite any rumored tension between Kim and Kanye, their divorce proceedings are going ‘smoothly.’

They continued: ‘Kim and Kanye are getting along. They have both stayed true to their commitment to make the best situation for the kids.

‘Kim is very happy that they have managed to keep things calm,’ the source claimed, adding that Kardashian thinks West is ‘a good dad’ and that she wants him ‘to be able to spend as much time with the kids as he wants.’

The insider added that Kim ‘seems happier’ ‘for every week that goes by since she filed for divorce.’

She ‘known that filing for divorce was the right decision. The kids are doing as she could hope.’

After her February filing, Kim and the children have continued to stay at their $60 million Hidden Hills mansion she previously shared with Kanye.

Although the source added that Kim is ‘not looking for anyone right now’, they continued: ‘She’s not looking to jump into anything but is keeping an open mind.’

It comes after it was recently reported that Kanye is looking to date an ‘artist and creative person’ once their divorce is made final.

Kim and Kanye were friends for years, with Kim even marrying Kris Humphries in 2011 and divorcing him 72 days later during their friendship.

Kim and Kanye became romantic in spring 2012 and got married on May 24, 2014 in Florence, Italy after enjoying celebrations in Paris, France.

Just this past weekend, Kardashian sparked romance rumors of her own as she was spotted arriving to ‘mysterious’ London billionaire Jamie Reuben’s star studded birthday bash in Beverly Hills.

The swanky bash took place one day before her seventh wedding anniversary to Kanye. 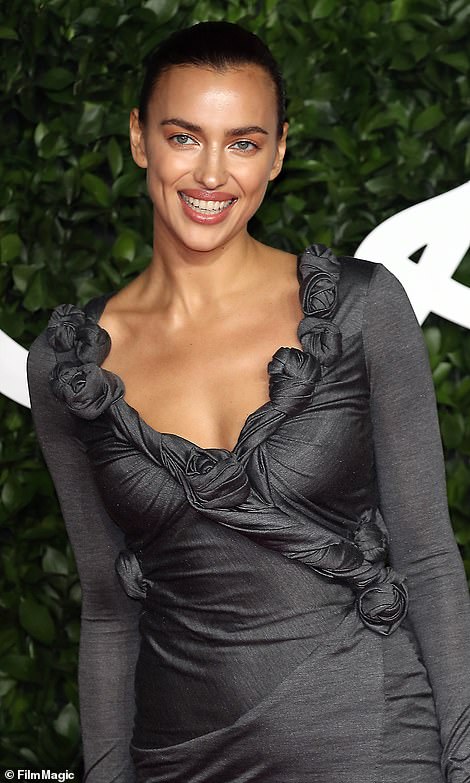 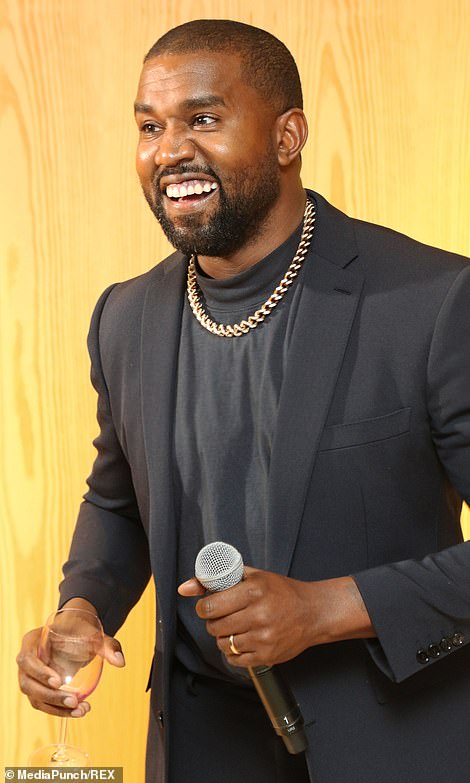 Long-standing: Irina and Kanye are certainly no strangers to one another, having been connected for more than a decade, after she played an angel in his 2010 music video for the song Power

Daunte Wright was involved in two separate shootings before he was killed, lawsuits say

Here’s how to get the new menu items for free

Review of the Year: Turkey takes the path of assertive independence

The clock in the top-left corner had not even appeared on our television screens when Scotland...