Karl Stefanovic left his co-hosts speechless after making a crude joke about the Royal Family during a stand-up comedy segment.

The Today Show host fired off a string of jokes to his colleagues on Friday morning, as part of the first installment of ‘Karl’s Comedy Club’, taking aim at Prince Andrew and the explosive interview with Meghan and Harry.

‘The Royal Family yikes, they’re just like the rest of us though aren’t they? I mean who doesn’t want Prince Andrew dressed up as Santa Claus at your family Christmas?’ he said.

Co-host Allison Langdon covered her face as she tried not to giggle while comedian Joel Creasey nervously laughed. 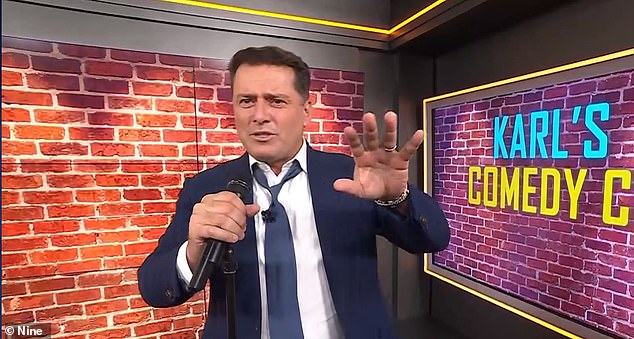 Stefanovic then weighed in on the recent Oprah interview with Meghan and Harry, saying he ‘genuinely felt sorry’ for the Prince.

‘He’s absolutely unloaded on his family in an interview with Oprah Winfrey. His father is reportedly furious with him,’ he said.

‘And so is Prince Charles.’

Stefanovic’s colleagues erupted with laughter at the remark before he then moved on to finish off the ‘roast’, blasting Pete Evans’ recent announcement he was running for parliament.

‘(Pete) doesn’t think everyone should get the vaccine, so given how slowly it’s being rolled out already across the country, he may as well join the Liberal Party,’ Stefanovic said. 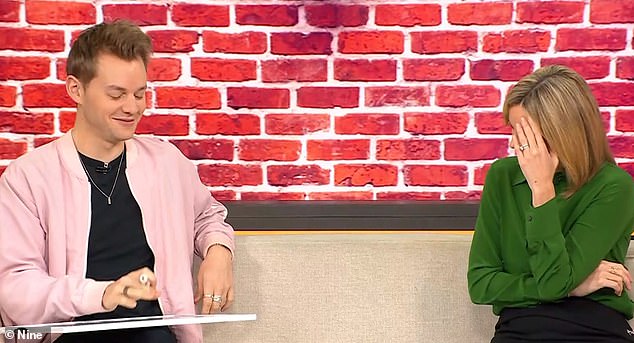 The Today hosts interviewed the treasurer three days out from the nation’s next phase of the immunisation program.

Langdon said the launch of the program had been ‘chaos’ and asked Mr Frydenberg if he believed they are still on track to have the whole country vaccinated by October.

Mr Frydenberg said: ‘Well the chief medical officer, the prime minister, have reaffirmed the goal is to get those vaccines out to all Australians by October and that’s our goal, that’s what we’re working towards.’