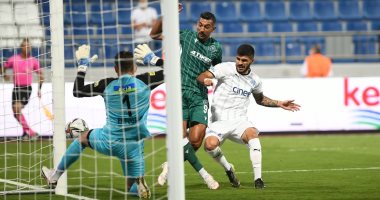 The Turkish Konyaspor team, which includes Egyptian striker Ahmed Hassan Koca, tied 2-2 against its host, Kassem Pasha, during the match that brought the two teams together this evening, Monday, at Al-Akhir Stadium, in the seventh round of the Turkish League.

With this result, Konyaspor occupies sixth place in the Turkish league table with 13 points, while Kasimpasa occupies 16th place with only 6 points.