Kate Middleton is being ‘very careful’ to ensure she doesn’t outstrip Prince William after Princess Diana taking the limelight from Prince Charles ’caused huge problems’, a royal expert has claimed.

Penny Junor said the Duchess of Cambridge, 39, may have learned an important lesson from her late mother-in-law, whose popularity is believed to have made her ex-husband jealous.

Speaking to the Sunday Times, Junor added that Kate is ‘not on an ego trip’ and her head ‘has not been turned by celebrity’ since she joined the Royal Family.

She added that the mother-of-three is ‘coming into her prime’, and is coming out of the pandemic ‘really well’. 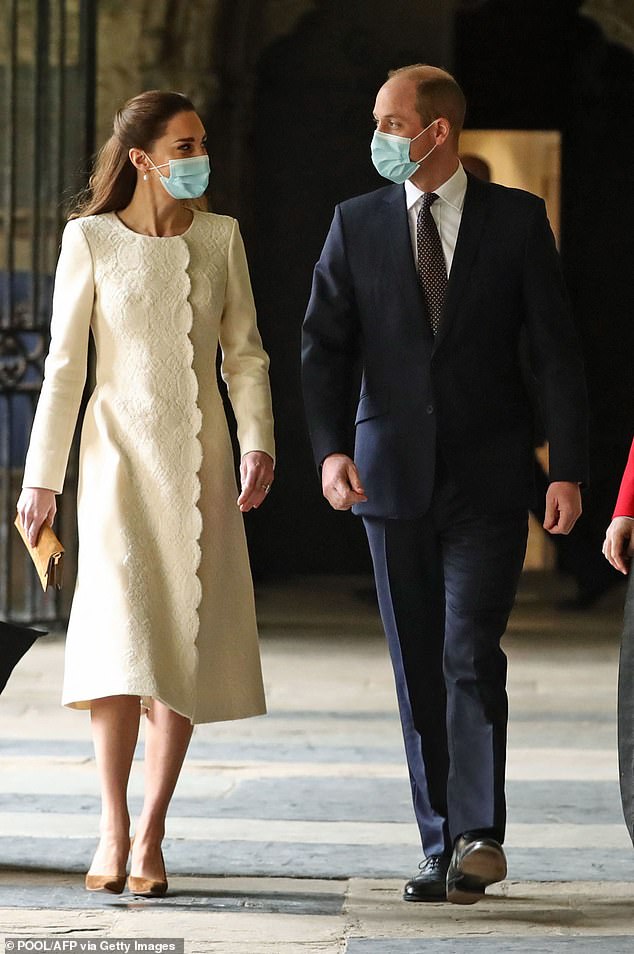 Kate Middleton is being ‘very careful’ to ensure she doesn’t outstrip Prince William after Princess Diana taking the limelight from Prince Charles ’caused huge problems’, a royal expert has claimed

‘[Kate’s] not over the top, not “me, me, me” at all. I think she’s absolutely coming into her prime now — she’s confident, she’s competent, and you don’t get the impression that she’s waiting for cameras to be there and it’s all a publicity stunt,’ Junor told the publication.

She claimed lockdown has opened the public’s eyes to the working members of the Royal Family, which are now reaching a far wider audience than before.

Royal correspondent Jennie Bond said Kate and William’s regular Zoom calls have shown them in a ‘very good light’ and have made them appear more accessible while offering an insight into their true personalities and their home life.

‘They seem much more natural and Kate is coming across as very knowledgeable and compassionate,’ she said. 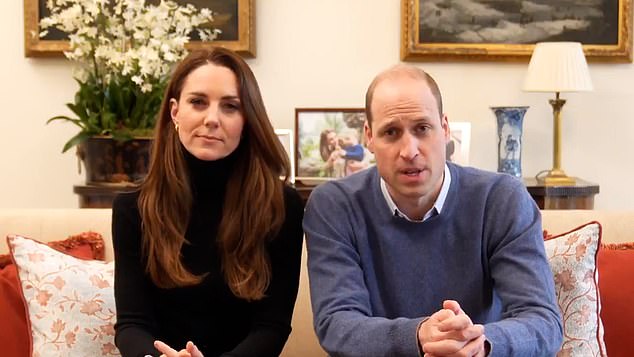 Bond added that Kate has ‘played a blinder’ in the past few years, supporting worthy causes that are close to her heart, and is demonstrating she is ‘very much in touch with the mood of the country’ while coming across as ‘genuine’.

Last month Kate made a personal, low-key visit to Clapham Common to pay her respects to Sarah Everard, 33, who was abducted and murdered while walking home in south London.

Met Commissioner Dame Cressida Dick claimed she knew in advance that Kate was privately heading to lay flowers at the bandstand on March 13, days after Ms Everard’s body was found – but admitted the officer in charge of policing the event did not.

Kate has since sent a message to Ms Everard’s family and, although the contents of the letter have been kept private, the duchess is believed to have offered her condolences and told the family that they are in her thoughts. 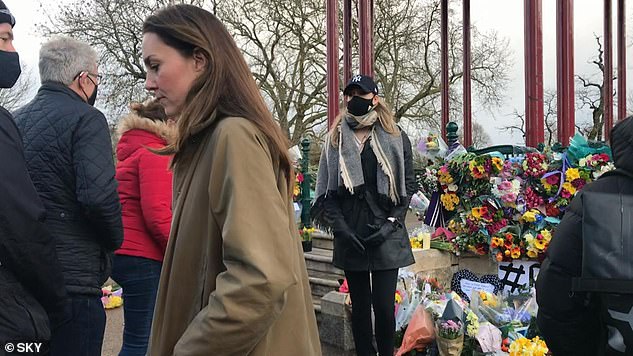 The Duchess of Cambridge was seen placing daffodils at the vigil for Sarah Everard on Clapham Common last month, days after the 33-year-old’s body was found in Kent

A source close to Ms Everard’s family said they were ‘extremely touched’ to have received the letter.

Junor described it as a ‘wonderful gesture’ from the Duchess, which came days after the Duke and Duchess of Sussex’s tell-all interview with Oprah Winfrey.

She said the fact Kate quietly turned up at the vigil with absolutely no fanfare ‘spoke volumes’.

‘Kate was making a very subtle point. You don’t need to make a song and dance about things,’ said Junor.

‘When Harry and Meghan talked to Oprah, they were more concerned about their own welfare; it was all about them and that’s been their narrative all along.

‘But there’s a difference between service and self-service. I feel real service is doing things selflessly for others. I think that’s what Kate understands.’