Kate Winslet likes to say she is plain old ‘Kate from Reading’, the opposite of Hollywood royalty.

Known for her self-deprecating humour, the Oscar-winning actress recently said she is happy to ‘look a bit crap’ in her latest role as a detective in Sky Atlantic’s Mare Of Easttown, and has previously discussed everything from menstruation to her husband’s choice of underwear.

So it seems all the more surprising that the Titanic star, 45, has been accused of trying to intimidate and silence a respected author who wanted to write her biography.

According to Garry O’Connor, author of a celebrated life of actor Sir Ian McKellen, the actress and her lawyers have destroyed any chance of publication with a ‘tyrannical’ letter warning of legal action before a word has been written – and by demanding that Mr O’Connor present the warning letter to any potential publisher. One publishing deal has already collapsed, he said. 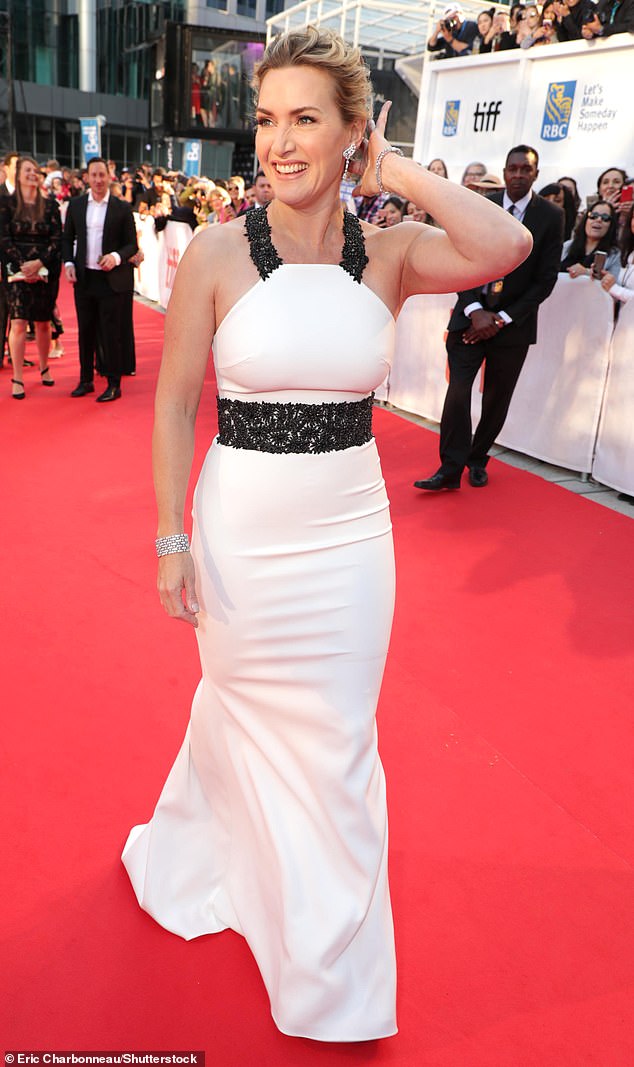 Kate Winslet (pictured in 2017) destroyed any chance of getting a biography published with a ‘tyrannical’ letter warning of legal action, author Garry O’Connor has claimed

His agent, Peter Cox, condemned the letter – marked ‘Not for publication’ – as an attack on free speech and is calling on the organisers of this month’s Hay Literary Festival, which Ms Winslet is due to attend, to remove her from the list of star guests.

‘It’s one of the most extraordinary letters I’ve ever seen,’ Mr Cox told The Mail on Sunday.

‘By ordering Mr O’Connor to send it to any publisher who might show an interest in his book, it is clearly calculated to bring the project to a halt. It is disgraceful. The irony is that Mr O’Connor has always been a great fan of Kate Winslet. We have always thought she was one of the most progressive liberals around.

‘But by doing this, she’s putting herself in the same camp as the tyrants of the world, the people who always insist on controlling what others say about them.’

Mr O’Connor, 83, has been writing biographies for more than 40 years, and has works on Laurence Olivier and Ralph Richardson to his name.

Although his books have sold more than a million copies worldwide, they have attracted little controversy. 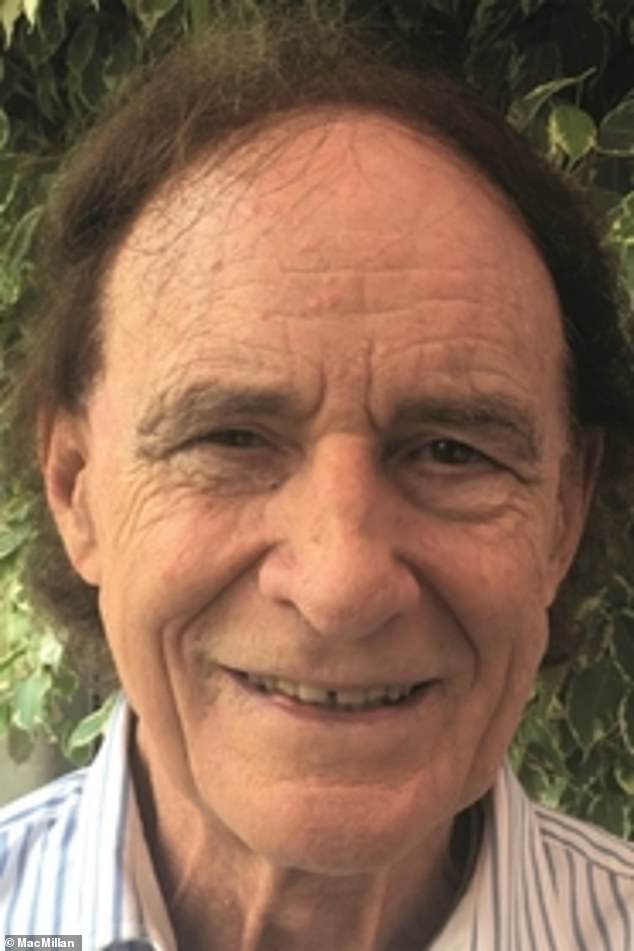 According to Mr O’Connor (pictured), said the actress and her lawyers demanded he present the warning letter to potential publishers. One publishing deal has already collapsed, he said

The author wrote to Ms Winslet in March explaining that he was researching a book about her life and asking if she might consider helping him.

He included copies of his previous biographies and told her about the friendships he had forged with his subjects.

The reply came not from the actress, but from her firm of solicitors, Schillings, who specialise in media law. Schillings claimed that Mr O’Connor’s plan to write about the much-quoted actress had caused ‘distress’.

And they demanded the author promise to include no ‘private information’ about the star – without defining what private information might be. Mr O’Connor was even ordered to show the letter to any publishing houses he might approach.

‘I was shocked and indignant,’ said the author. ‘In 40 years, no one has tried to stop me from writing.

‘I don’t think it’s the way to behave towards a well-intended and extremely open approach.

‘Also, Kate’s a public figure. That’s how she makes her money. How do you define what private information is? It’s impossible for any writer to do their job without going into that grey area which may include things you or I would conclude are public, but she might not.

‘It sets a dangerous precedent. Kate’s adaptability and ability to get inside parts reveals to me an extraordinary human being who I was hoping to celebrate. I’m not the judging kind of biographer. Prying into personal family matters was far from my intention.

‘From what I’ve read of Kate, she seems very open and speaks freely. This response seems very untypical and out of the character I have so far researched.’

Mr Cox said he thought publishers would run a mile from the project once they saw the legal letter. 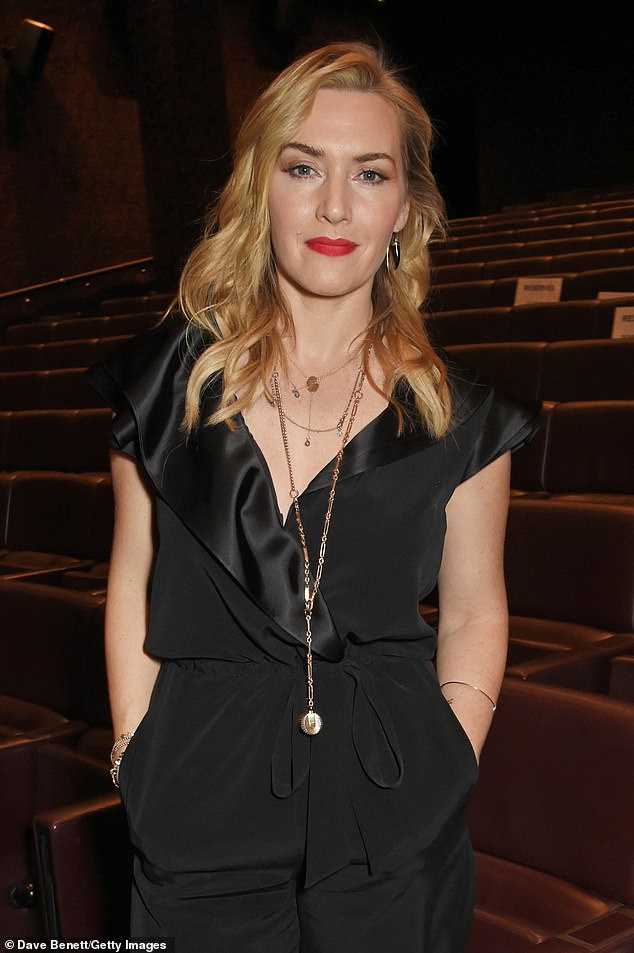 Mr O’Connor’s agent, Peter Cox, said the letter was an attack on free speech and is calling on the Hay Literary Festival, which Ms Winslet (pictured in 2018) is due to attend, to remove her

‘Who wants that kind of legal hassle? Publishers are justifiably nervous about any threat of legal action and the enormous costs involved,’ he added.

‘Schillings are effectively killing off any commercial prospects for a book about her that she doesn’t want. It’s not just a free speech issue – it’s an attempt at restraint of trade.

‘What sort of society will we be living in if renowned authors like Garry can’t write about public personalities without receiving chilling letters like this?

‘Frankly, I think Kate Winslet should be ashamed of herself.’

On Ms Winslet’s planned appearance at the Hay Festival, Mr Cox said: ‘It smacks of hypocrisy to invite her to a festival of writing and writers, at the same time as her lawyers are suppressing an author of Garry’s magnitude.’

In previous interviews, Ms Winslet has openly discussed the ‘mess’ of her first marriage to director Jim Threapleton, which crumbled when their daughter, Mia, was six months old.

Schillings said its letter to Mr O’Connor had been ‘polite and respectful’ and confirmed that a proposed biography was a cause of ‘distress’ to Ms Winslet, ‘who is protective of the privacy of her family’.

It also said that ‘no demand or attempt was ever made to prevent or stop publication’ and that its demand that Mr O’Connor show the letter to prospective publishers was ‘appropriate’.

Covid-19 Australia: Race is on for vaccines as Sydney, Brisbane and Melbourne all have virus scares

The former president of Afghanistan has lambasted the United States military effort in his country, saying...