The 34-year-old Irishwoman headlined the card at Wembley’s SSE Arena in the last of three women’s world title bouts and put in a stunning performance that thoroughly deserved top billing.

Gutierrez, who was fighting outside her homeland Spain for the first time, came into the contest with a 13-0 record but was simply outclassed by the impressive Taylor, with the judges scoring the one-sided contest 100-89, 100-90 and 99-91 in her favour as she retained her WBA, IBF, WBC, WBO and Ring magazine titles with ease. 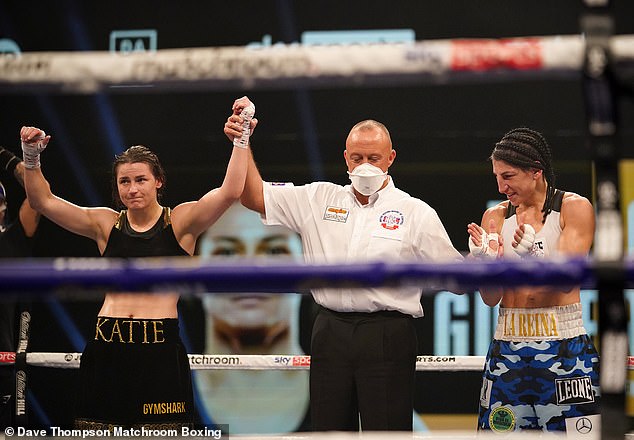 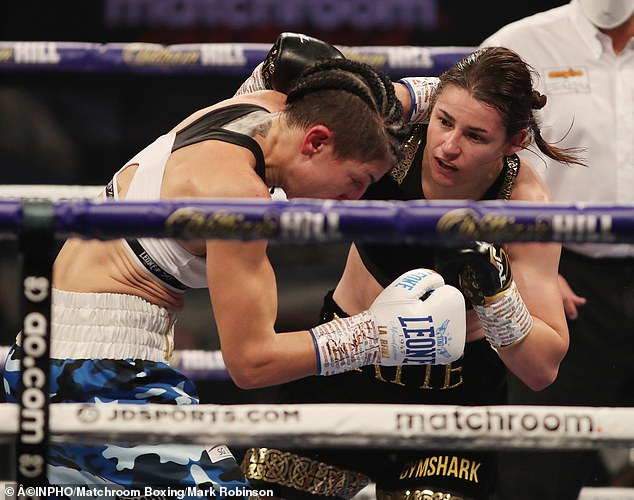 Taylor picked her Spanish opponent apart in London, flooring her at the end of the fourth 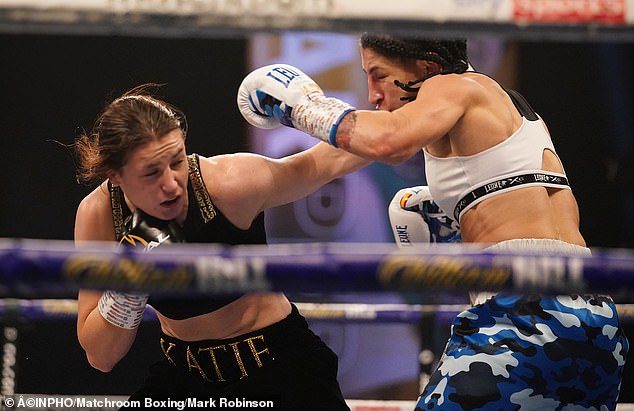 ‘Yeah, very, very satisfied,’ Taylor told Sky Sports. ‘I thought it was a great performance and she was very tough. I tried my best to get her out of there at times.

‘She’s very durable but I couldn’t get her out. I would have loved to get a stoppage today but it was a great performance. I was very happy today.

‘There are no shortage of big fights out there. It is all about the legacy and making history in this sport and inspiring the next generation but yeah, people still haven’t seen the best of me yet.’

The undisputed champion burst out of the blocks with a flurry of vicious shots inside the first minute to put Gutierrez immediately on the back foot. 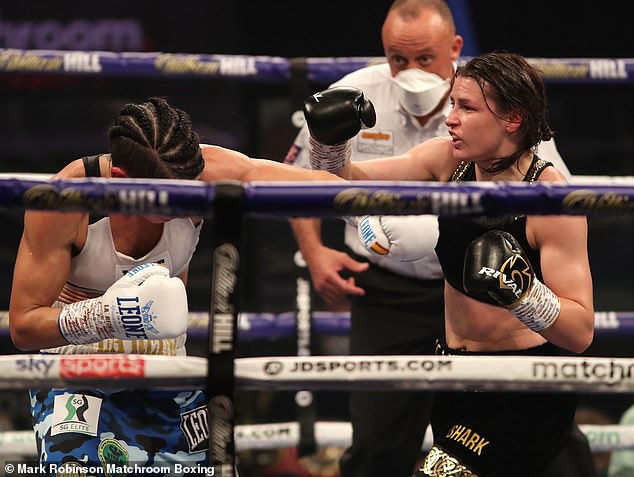 Taylor wasted no time in attacking her opponent, hitting some big shots inside the first minute

The second round settled down but the third exploded into life once again with Taylor landing crunching right hooks.

A left hook following by a powerful right caught Gutierrez flush in the face who was then pinned on the ropes with another barrage of combination punches.

An early end looked in sight for Taylor but the Spaniard somehow survived and escaped the corner with a wry smile on her face.

Taylor continued to step on the front foot and the fourth round resulted in the only knockdown of the contest just seconds before the end of the round, which Gutierrez survived. 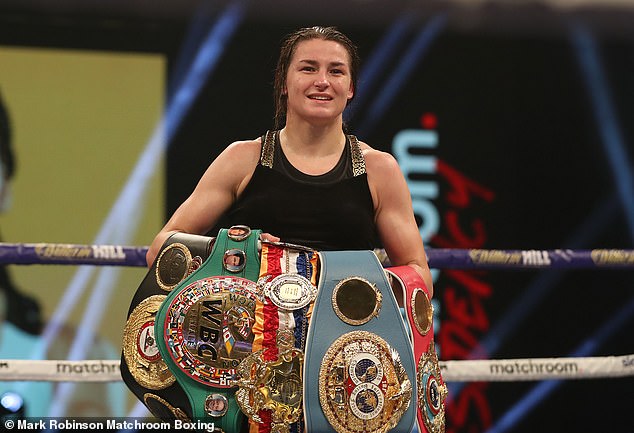 The Irishwoman kept her firm grip on the WBC, WBA, IBF and WBO lightweight titles

The challenger bounced back somewhat with a couple of telling responses in the fifth but Taylor was unfazed and had Gutierrez locked on the ropes once again in the next.

Round seven was not as explosive but the Irishwoman remained in charge as Gutierrez showed tremendous heart to sustain such high pressure from Taylor.

A continued feature of the contest saw Taylor pin her opponent against the ropes in rounds eight and nine though she could not get the knock-out her display deserved.