Keir Starmer has pleaded for more time to turn Labour’s fortunes around after bombshell polls suggested the party is on course for disaster in elections tomorrow.

The Conservatives are set for a remarkable victory in the Hartlepool by-election, continuing Boris Johnson‘s demolition of the ‘Red Wall’, according to the latest polling.

One poll yesterday put Tory candidate Jill Mortimer on 50 per cent – giving her a thumping 17-point lead over Labour in a seat it has held since it was created in 1974. 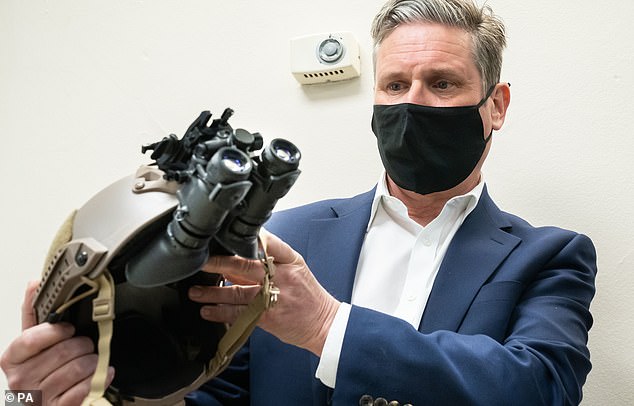 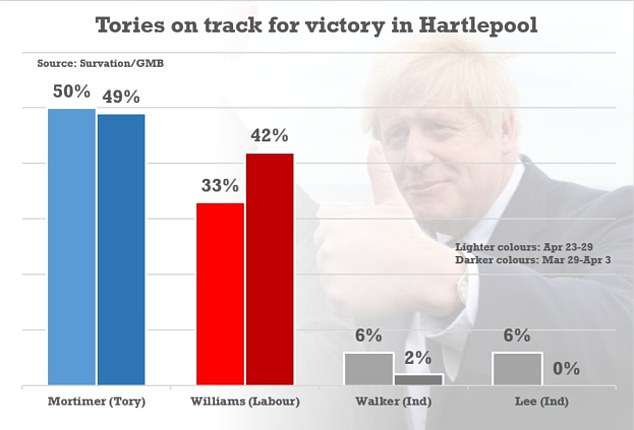 A Tory win would be only the second time a ruling party has snatched a seat from the Opposition in a by-election in 38 years.

Labour’s own canvassing data shows only 40 per cent of the party’s previous supporters in Hartlepool have pledged to back it tomorrow, The Guardian reported last night. The figures come from 10,000 doors knocked during the campaign.

Party sources said Labour are in ‘huge trouble’ and they are also in danger of losing Durham and Sunderland councils for the first time in 50 years.

Internal data shows just over 40 per cent of previous Labour supporters said they will vote again for the party this week.

An insider said: ‘If we were knocking on every single door and getting 40 per cent, we could win it, depending on how it splits.

‘But we’re only getting about 40 per cent of people who we think are Labour, so it’s not great.’

In 2019, Labour held a 3,595-vote majority in the constituency after the Brexit Party split the Leave vote by taking 25 per cent.

In the West Midlands, former John Lewis boss Andy Street is projected to beat Labour’s Liam Byrne by 59 per cent to 41 per cent in the run-off – a huge improvement on his winning margin of less than 1 per cent in 2017.

The Tories also are on course for a landslide in Tees Valley, where incumbent Ben Houchen is expected to get 63 per cent support.

Tomorrow’s local elections, dubbed ‘Super Thursday’, are the biggest since 1973 and will be the first major electoral test for Sir Keir.

Voting is taking place everywhere in Great Britain – including for seats on 143 councils, the Scottish Parliament and the Welsh Senedd, as well as for 12 directly elected mayors and 39 police and crime commissioners. 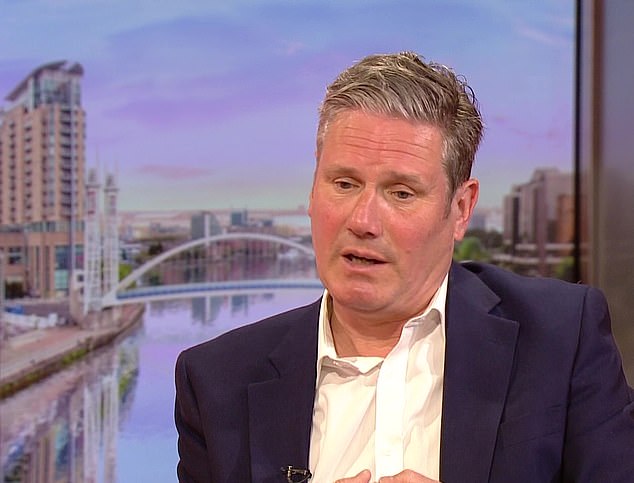 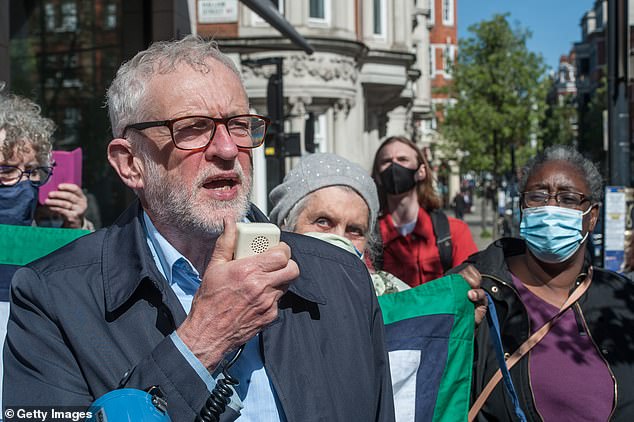 Amid the gloomy polling, Sir Keir yesterday acknowledged his party had a ‘mountain to climb’ to rebuild trust with voters.

Defeat in Hartlepool would be a humiliating blow to his leadership.

Getting his excuses in early, the Labour leader yesterday said it was always going to take longer than a year to fix the damage caused under former leader Jeremy Corbyn.

He told BBC Radio 4’s Today programme: ‘I hope we won’t lose Hartlepool. We are fighting for every vote there. I know that every vote has to be earned.

‘I said on the day that I was elected that it was a mountain to climb. It is, we are climbing it and I’ve got a burning desire to build a better future for our country.

‘I don’t think anybody realistically thought that it was possible to turn the Labour Party round from the worst General Election result since 1935 to a position to win the next General Election within a period of one year. It was always going to take longer than that.’

Speaking on the campaign trail in Wales, Sir Keir added: ‘We lost very badly in December 2019, and my job is to rebuild trust and confidence and reconnection with the Labour Party and that’s what I’m doing. That will take time.’

Tracy Brabin had been pictured on the campaign trail with specially branded boxes of the chocolate goodies.

Miss Brabin, who is already the MP for Batley and Spen, is standing as Labour’s candidate for West Yorkshire mayor.

But Tom Gordon, a Liberal Democrat member of Wakefield Council, complained that Miss Brabin had been ‘out and about with boxes of brownies… that say ‘Vote Labour’ on them’. 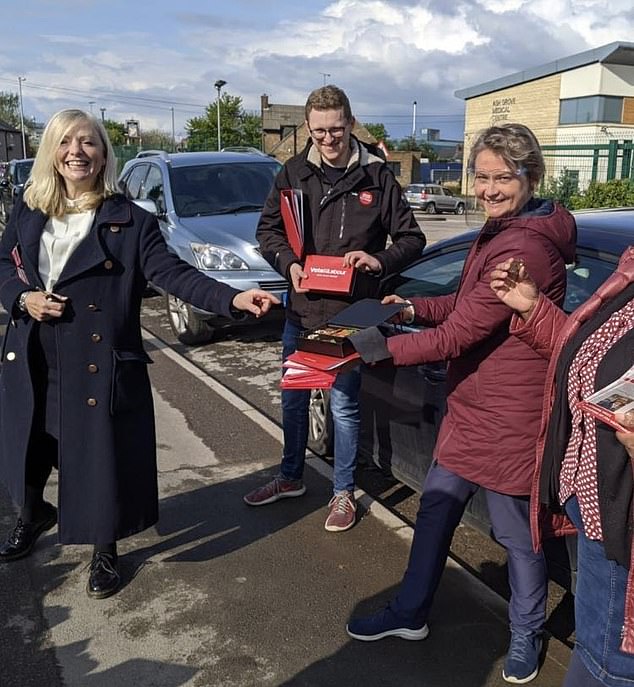 He asked West Yorkshire Police to consider whether she has broken electoral law.

However, a Labour source said the brownies were only available to party activists as a thank you for their hard work campaigning.

And West Yorkshire Police last night said it had found Miss Brabin had not committed an offence.

Kerron Cross, a local Labour candidate, posted a picture on Twitter of a box he had received.

He wrote: ‘Loving the Vote Labour chocolate brownies we were given by Tracy Brabin today. Whole family loved it. And yes, vote Labour kids.’ 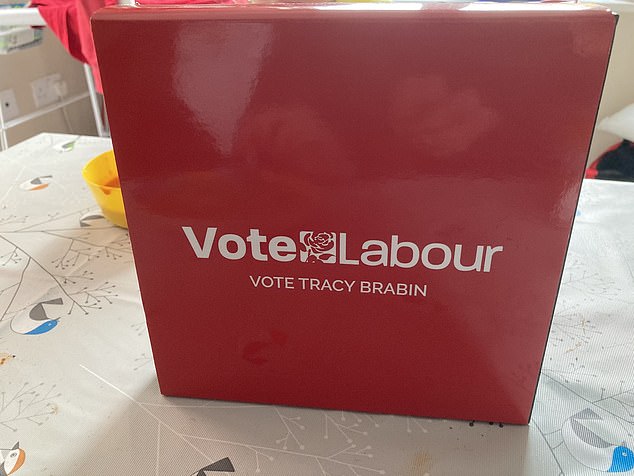 Electoral Commission rules state a person is guilty of ‘treating’ if they ‘directly or indirectly give or provide any food, drink, entertainment or provision to corruptly influence any voter to vote or refrain from voting’.

Anyone guilty of treating can be fined and jailed for up to a year under the Representation of the People Act 1983. During the 2015 general election campaign, a Ukip candidate was reported to police after he handed out sausage rolls and Jaffa Cakes to voters. Kim Rose attended an interview at a police station but did not face action.

Miss Brabin, who played Tricia Armstrong in Coronation Street, raised eyebrows last year after she wore an off-the-shoulder dress in the Commons. West Yorkshire Police looked into the brownie claims.

And a spokesman last night said: ‘West Yorkshire Police can confirm that after an investigation following the circulation of social media posts and a direct complaint re electoral matters that no offences have been recorded.’

Wrexham’s former police station brought down with a bang