The leader has suffered another major blow to his authority amid claims he wanted to shift his deputy into the health brief after stripping her of responsibility for campaigns – but she refused.

In the end he was forced to give Ms Rayner a new job at the top of the party shadowing Michael Gove, with her allies boasting she is ‘even more powerful’.

Other moves in the overhaul were also far more limited than heralded. In the biggest change, shadow chancellor Anneliese Dodds was demoted and replaced by Rachel Reeves.

But Sir Keir had to dramatically scale back his ambitions as he faced a furious backlash over botched sacking of Mrs Rayner.

There are claims that tensions have been running high between the two for months, including a row over ‘inappropriate dress’ worn by Ms Rayner for a visit to Hartlepool in March. 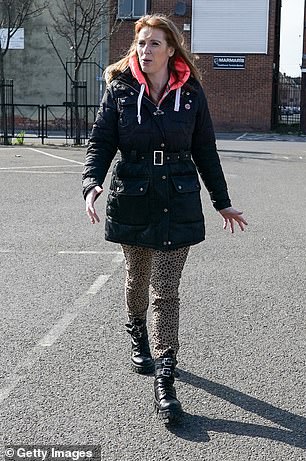 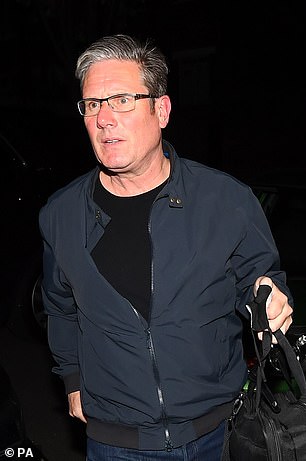 There are claims that tensions have been running high between Angela Rayner and Sir Keir Starmer (right) for months, including a row over ‘inappropriate dress’ she wore for a visit to Hartlepool in March (left) 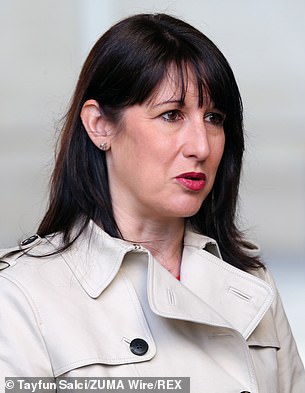 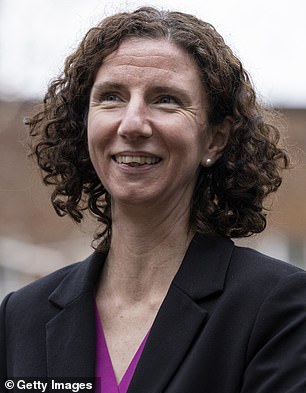 In a bold, but not entirely unsurprising move, the stumbling Labour leader demoted Anneliese Dodds (pictured right) from the important role of shadow chancellor. He replaced her with Oxford educated former Bank of England worker Rachel Revees (pictured left) – a key ally of Ed Miliband during his spell as Labour leader. 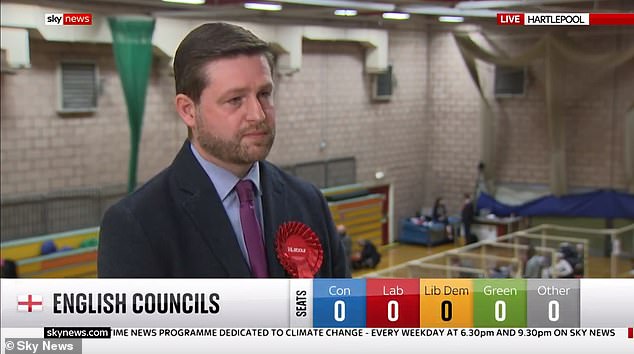 According to the Guardian, Oldham MP Jim McMahon, who ran the Hartlepool by-election campaign, complained to the leader’s office that Ms Rayner had been ‘dressed inappropriately’ on a visit to the town on March 21

Angela Rayner – SACKED as party chair and party campaign coordinator; but HIRED as the shadow Chancellor of the Duchy of Lancaster

Sir Keir is unable to axe his deputy altogether as she was elected separately by members, but did take away her roles as party chairman and national campaign co-ordinator on Saturday night in the wake of Labour’s catastrophic local election results.

However, following 24 hours of wrangling, she last night emerged with a new broad brief shadowing Chancellor of the Duchy of Lancaster Michael Gove, as well as leading the party’s focus on the future of work.

Allies of Mrs Rayner last night triumphantly declared: ‘Angela obviously comes out of this significantly more powerful both in terms of the party and policy. She will be much more visible now she isn’t being held back.

‘She will lead both party reform and the development of a policy agenda that is credible, radical and actually connects with the voters we need to win.’

In a sign Sir Keir and Mrs Rayner have not managed to bury the hatchet, one party insider asked: ‘Who would want to be national campaign co-ordinator in name only with no power when you’re made the scapegoat for the failures of Keir’s team?’

Another supporter of Mrs Rayner said: ‘On Friday Keir couldn’t answer a simple question about what Labour’s vision is, what our offer is and how we will win back the voters in our heartland seats.

‘Angela can answer that question and is the best person to lead the fightback in the Red Wall.’

According to the Guardian, Oldham MP Jim McMahon, who ran the Hartlepool by-election campaign, complained to the leader’s office that Ms Rayner had been ‘dressed inappropriately’ on a visit to the town on March 21.

Photographs from the date show Ms Rayner in leopard-print trousers, heavy black boots and a hoodie.

Ms Rayner’s aides are said to have ‘hit the roof ‘ when they heard about the comment, but kept it from her to avoid fuelling the problems even further.

Allies of Mr McMahon insisted he was simply unhappy about the pictures selected for a leaflet.

Former shadow home secretary Diane Abbott today complained that Sir Keir had tried to make Mrs Rayner ‘carry the can for the poor results at the weekend’.

‘It does seem as if, certainly the people around him (Sir Keir Starmer), don’t understand how the party works,’ the former shadow home secretary told BBC Radio 4’s Today programme.

‘They tried to sack Angela Rayner in order to make her carry the can for the poor results at the weekend.

‘They didn’t seem to realise that because she’s an elected deputy leader, you can fiddle around with her title, but you can’t sack her, she remains a senior person in the shadow cabinet.’

When asked if it was the view of deputy leader Ms Rayner that Sir Keir wanted to sack her, Ms Abbott said: ‘Yes, that’s what all the briefing was about. 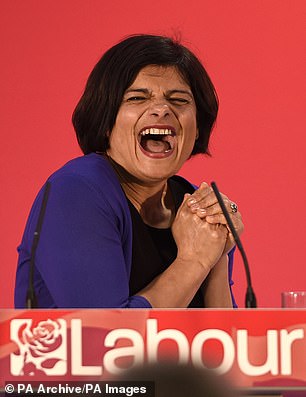 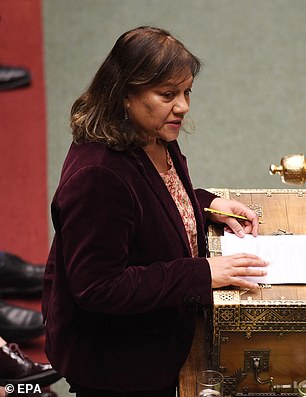 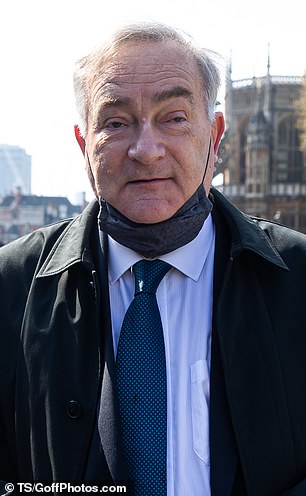 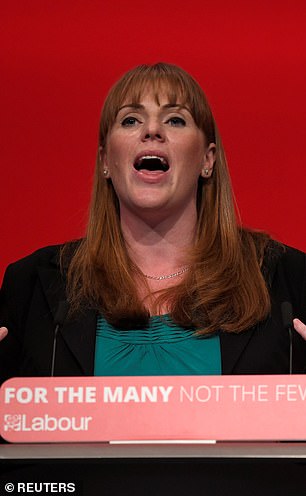 In the most left-field move of the night, the Labour leader sacked veteran MP Nick Brown (pictured left) as the party’s chief whip.  And in a dramatic twist, Sir Keir reinstated Angela Rayner (pictured right) to his front bench, after earlier axing her from the important role of party chair.

Labour leader Sir Keir Starmer faces the potential of yet more by-election woe after one of his MPs last night secured a mayoral seat.

MP Tracy Brabin made history by being elected as the first ever West Yorkshire mayor – and the first female metro mayor in England.

But it means former Coronation Street star Ms Brabin, who also celebrates her 60th birthday today, will now have to step down from her Westminster seat of Batley and Spen.

It will spark a fresh by-election in the marginal Labour constituency – which has now become a key Conservative target.

The majority in Batley and Spen is even tighter than Hartlepool, although the voting demographics are seen as different.

‘It was a foolish thing to even think about and he has had to walk it back – you can’t sack an elected deputy leader.’

Ms Dodds, who as Shadow Chancellor had been accused of failing to land a blow on Rishi Sunak, has been moved to become party chairman and will lead Labour’s policy review.

Her replacement, Ms Reeves, is one of Labour’s high profile frontbenchers, although her promotion from shadow chancellor of the Duchy of Lancaster is likely to annoy those on the Left of the party.

Sir Keir last night said he believed Labour ‘must be the party that embraces the demand for change across our country’.

‘That will require bold ideas and a relentless focus on the priorities of the British people,’ he added.

But Khalid Mahmood, the Labour MP who quit the frontbench following the election results, criticised the party’s identity.

Writing in The Daily Telegraph, Mr Mahmood said: ‘We are seen as out of touch, a party captured by urban liberals, whose most vocal supporters are university graduates with woke politics straight from the world of Left-wing campus protests.’

‘The other 50 per cent of society – aspirational and looking for better opportunities – does not think we have the answers.

‘I fear that too much of my party’s energy has gone into identity politics and niche culture wars.’

Is the tide turning on waterfront property? An interview with Dr. Ian Miller