‘I am open to that… nothing has happened’: Manchester City superstar Kevin de Bruyne reveals he is ‘very happy’ at the club and would be willing to hold talks over signing new contract

Kevin De Bruyne says he’s happy to start talks with Manchester City about a new contract but insists he hasn’t yet been approached by the club.

The Belgian star, chosen by his peers as the PFA Player of the Year last month, has a current deal that runs until 2023 and says reports that he is close to signing a longer-term deal are wide of the mark.

‘I am very happy at Manchester City but I can say that until now I have not spoken once to the club (about a new contract) so I don’t know where people say I have already agreed to something,’ he said. 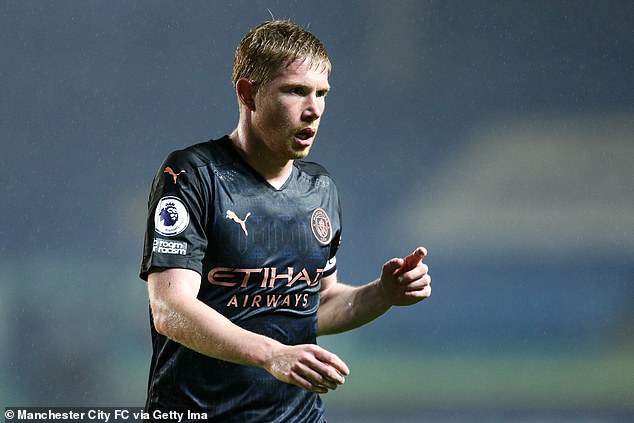 ‘I think I always told people that I am really happy at the club and feel comfortable so if the people there want to talk to me, I am open to that. Until then, we’ll see what happens because until now, nothing has happened.’

De Bruyne, 29, was relieved that City’s initial Champions League ban was overturned meaning he can continue to play in Europe’s biggest competition.

That seems more important than whether Lionel Messi will sign for the club when his Barcelona deal ends next summer.

‘I don’t really care. If he comes it’s a good thing, if he doesn’t there are enough good players I enjoy playing with,’ he said. ‘It’s not for now.’ 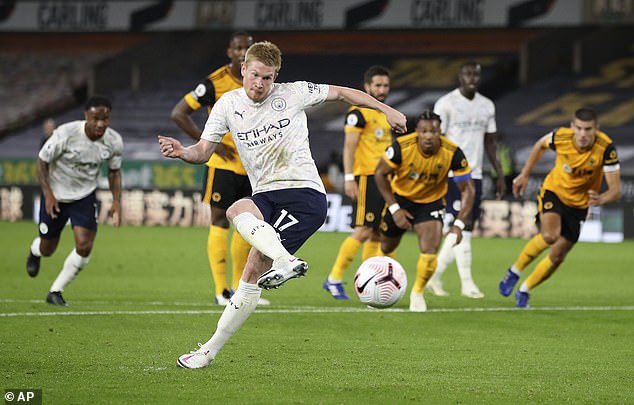 The City playmaker, named PFA Player of the Year, admitted discussions have not taken place