‘He’s on his way to GOAT status’: Khabib Nurmagomedov will become best UFC lightweight EVER if he beats Justin Gaethje in their blockbuster fight tonight, insists Dana White

By Jordan Seward For Mail Online and Reuters Reporter

UFC lightweight champion Khabib Nurmagomedov can take a step closer to becoming the greatest of all time if he beats Justin Gaethje, UFC chief Dana White has insisted.

Nurmagomedov will put his belt and his perfect 28-0 record on the line on Saturday when he faces American interim champion Gaethje in a hugely-anticipated unification bout at Abu Dhabi’s Yas Island.

‘Khabib is looking down the barrel of not only being the greatest to ever do it in this division… if he beats Justin, he’s the No 1 pound for pound fighter in the world, he’s on his way to GOAT status,’ White said ahead of the blockbuster fight. 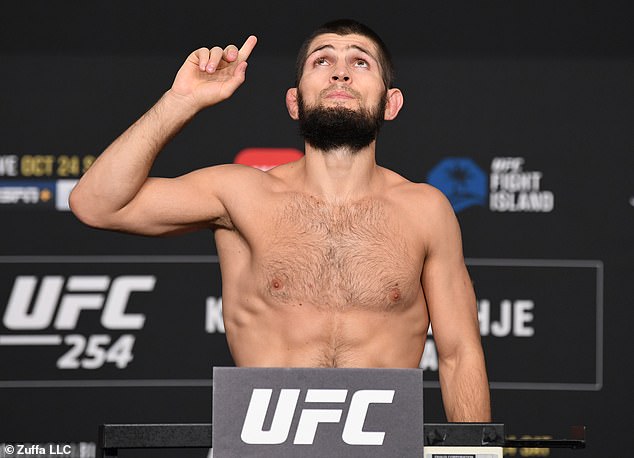 ‘You have all the ingredients for a massive fight. You have a big superstar and a kid coming off an incredible win over a highly respected fighter and many people believe that Justin has the style to beat him.

‘You think you know what these guys are going to do, but when they get in there anything is possible.’

The 32-year-old Nurmagomedov cut a hugely relieved figure after having to undress to make the 155lbs weight limit on Friday.

The champion put his hands to his face, clearly thankful the hardest part of the week is now behind him and the main event has a green light. 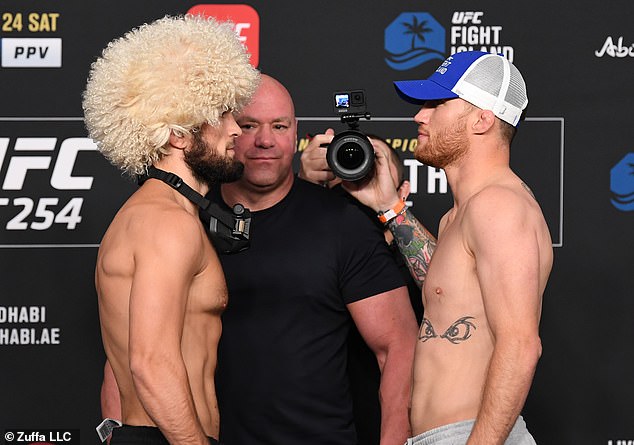 ‘It was a hard night like always when I’m cutting weight. It is never going to be easy. Even if you cut a couple of pounds or 20 pounds, it will be the same. Cutting weight is always hard,’ he told BT Sport afterwards.

The undefeated Russian unified the lightweight title with a third-round submission victory over interim champion Dustin Poirier in Abu Dhabi last September but has not fought since the novel coronavirus outbreak.

Gaethje is coming into the fight off the back of his greatest win, having battered Tony Ferguson over five rounds to claim a shock stoppage victory back in May. 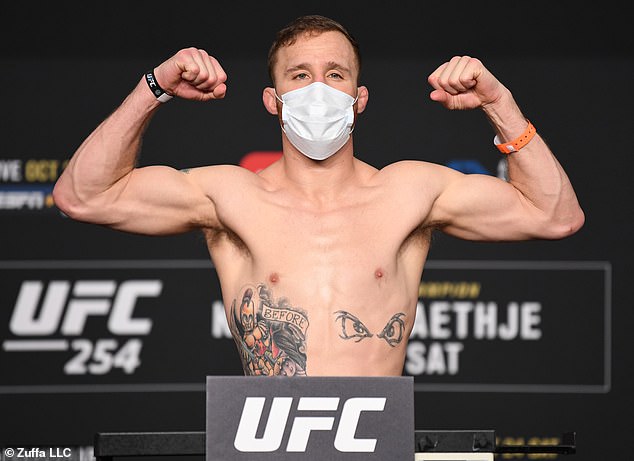 Beauty queen, 26, dropped to 6st after battling an invisible illness