Killer dad Mick Philpott didn’t want to visit his son, 13, on his deathbed as the teenager battled injuries from the fire started by his father, which killed his five siblings.

Revealing the harrowing detail for the first time in Channel 5’s 5 Mistakes That Caught A Killer, airing tonight at 10pm, retired Detective Superintendent Paul Callum, who helped lead the investigation said Philpott had to be convinced by support officers to visit dying son Duwayne.

After finally agreeing to go, he flirted with staff and his behaviour left detectives convinced the father-of-17 was responsible for his children’s deaths.

Philpott was sentenced to life in prison and Mairead to 17 years after their children Jade, ten, John, nine, Jack, seven, Jesse , six and Jayden, five, died from smoke inhalation in the May 2012 fire at the family home in Osmaston, Derby.

The documentary lays bare the five mistakes committed by Mick, Mairead and their accomplice Paul Mosley, which included the couple’s suspicious press conference days after the fire, and Mick’s inappropriate behaviour at the hospital and mortuary.

A new Channel 5 documentary looks into the five mistakes that led to the arrest of Mairead and Mick Philpott. Mick was sentenced to life in prison and Mairead got 17, along with accomplice Paul Mosley after the sick trio set fire to the couple’s Derby house where their six children, aged 13 to five, were sleeping. Five children died of smoke inhalation at the scene, and one died in hospital from the injuries he sustained in the blaze

The programme also looks at the couple’s outrageous night out that saw Philpott sing Elvis songs at a local pub in the wake of his children’s deaths, the conversations between Mick and Mairead recorded by police and the petrol found on his clothes.

‘He didn’t want to go across to Birmingham where Duwayne was effectively dying from his injuries,’ Callum said.

‘And my understanding his that the family liaison officers had to persuade him to go across to Birmingham to see Duwayne,’ he added.

Once he finally made the visit, officers were tipped off that Phillpot had acted inappropriately and flirted with nursing staff looking after his dying son. 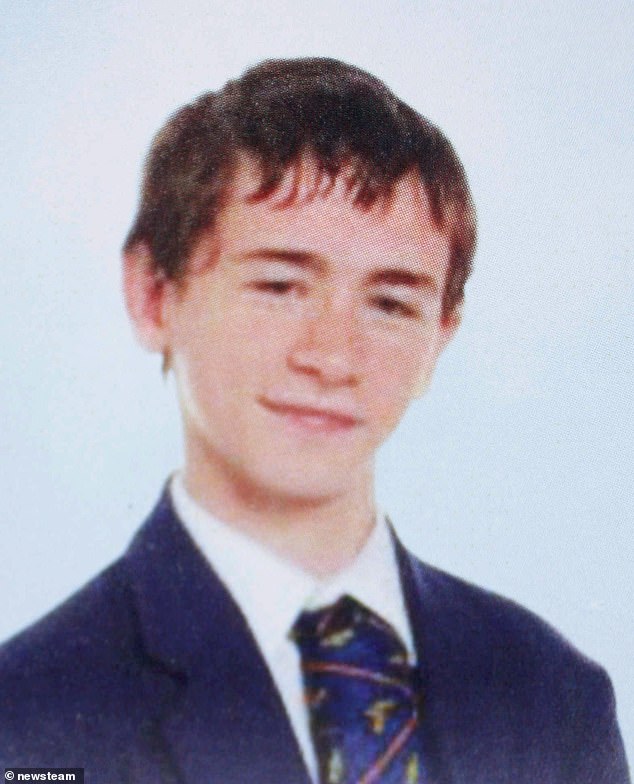 Duwayne Philpott, 13, died in a special burns unit in Birmingham. Family liaison officers had to persuade Mick to go visit his dying son

Philpott was equally as inappropriate when he visited the Derby mortuary to formally identified his dead children.

Callum revealed: ‘He chatted up the mortuary technicians.

‘He made inappropriate comments about their breasts, about things he wanted to do with them sexually.

‘He would then collapse into a pile and pretend he was upset. Then he’d sit up and say something inappropriate. He was a very strange character.

‘At the mortuary we know that he called his children “little s***s”, which in any context that children have died, I don’t know how that can be deemed as appropriate.’ 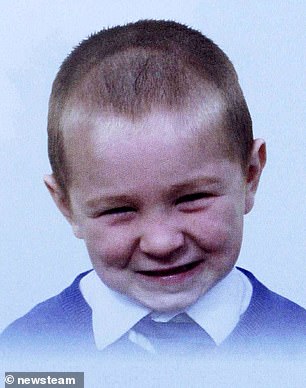 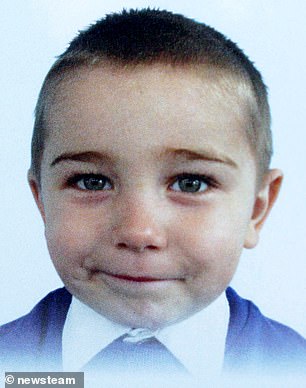 Jess Philpott, six, left, and Jayden Philpott, five, were the two youngest of the Philpott children to die in the fire

5. Petrol on their clothes

Mick’s long-time friend Mick Russell, who has since been one of his prison pen-pals, accompanied him to the mortuary and recounted the chilling moment in the documentary.

‘He was smiling and cracking jokes and that. And then we went in and had the children in the room,’ Russell said.

The family friend said he was more upset about the death of the children than his pal appeared to be.

‘They was all lined up. Five little kids lying there with burns on their arms and hands. I just broke down crying.’

Philpott suspicious antics were one of the five main mistakes which led to his conviction.

The documentary lists the four others, starting by the press conference which was given by Mick and Mairead after the fire, and which was deemed disingenuous by many.

Local reporter Martin Naylor, who was at the press conference for the Derby Telegraph, said that all journalists present could tell the couple’s grief was ‘crocodile tears,’ as they dabbed their dry eyes with tissues.

‘We all looked at each other and our faces had changed and that was when all of us thought “something’s not right”,’ Naylor said.

‘I think what he was trying to do is sort of say to everybody: “This is how victims behaved, now I’ve done that, that’s the end of it”, and then the case would move on and perhaps the heat on him would have gone away,’ officer Callum guessed.

‘After the press conference we were getting calls from everybody saying: “It’s obvious it’s Mick and Mairead, why are you not arresting him”,’ he added.

A visit to a local pub, the Navigation Inn was also one of the incriminating mistakes made by the couple in the run up to their arrest.

‘They did think they were celebrities, landlady of the Inn Jeanette Doherry said.

‘I would say they were enjoying the attention. 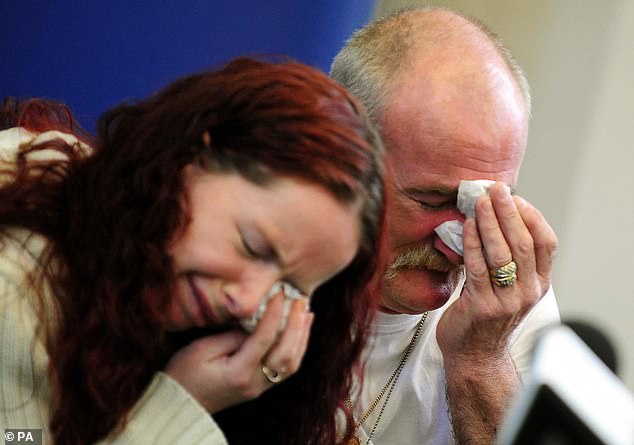 ‘They were drinking double Jack Daniel’s, they appeared to be very tipsy, they were kissing and touching each other and he’s running his hand through her hair,’ she recounted.

‘He was singing ‘Suspicious Minds [by Elvis Presley] which was a very strange song to pick,’ Doherty added.

‘And everybody was saying “Why would he be doing this after his children have died?”. They weren’t grieving parents.’

During the investigation, with their house destroyed by the fire, Mick and Mairead were staying in a hotel, which, unbeknownst to them, had been tapped by police.

The couple’s third mistake was to discuss their police interviews in their hotel room, trying to get their stories to match.

In outrageous recording which can be heard in the documentary, Mick could be heard asking his wife: ‘What did you say about how many times I went up ladders?

And Mairead could be heard replying: ‘I lost count how may times you went up thr ladders.’

The couple had tried to paint Mick as a hero that had climbed the ladders several times to save the kids from the blaze.

The police also tapped a police van transporting Mairead and Mick to prison after their arrest.

Mick could be heard whispering: ‘Are you sticking to the story?’ to his wife.

Another mistake was that, early on in the investigation, Mick blamed his ex-mistress, who had left him months before the blaze, for the fire.

This led police to talking to her, Callum explained.

‘In the first 24 hours, Mick was telling anybody he could that it was his ex-girlfriend who had started the fire because of the legal court case and that he had been harassed by her,’ he said.

‘We deliberated for quite some time over this and we felt the only way to manage this would be to arrest her.

However, it became clear very quickly that she had nothing to do with the fire, which had the officers circle back to Mick.

Finally, the most crucial mistake committed by the couple, which secured their arrest and linked them directly to the crime scene, was the traces of petrol found on their clothes by forensic experts.

The fire had been lit by spreading a large quantity of petrol at the bottom of the stairs in the Philpott home.

Forensic expert Rebecca Jewell explained in the documentary that she was able to determine that the petrol found on the clothes of Mairead, Mick and their friend Paul Mosley was Shell petrol, the same petrol used in the arson.

Rebecca recounted testifying in court during Mick, Mairead and Paul’s trial. She said: ‘I didn’t want to catch his eyes.

‘It was chilling. I’ve seen suspects obviously every time I’ve given evidence, but that does remain, in my mind, as one of the most chilling stares that a suspect has ever given me.’

Mick is currently serving a life sentence with a minimum of 50 years. It was announced last week that Mairead Duffy, now divorced from Phillpott, is to be released next year, having served only half her sentence.