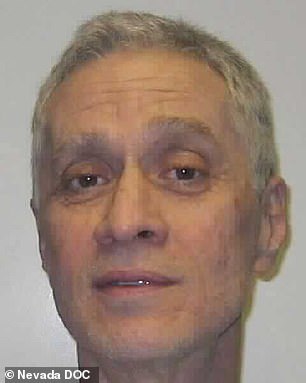 A murderer on death row who was known as ‘the most dangerous criminal in Nevada‘ has died aged 74.

Patrick McKenna, the longest-serving prisoner on death row in the state, faced execution after killing his cellmate in Clark County jail in 1979.

McKenna was pronounced dead on April 19 at Spring Valley Hospital after surgery and a string of heart attacks, according to the Last Vegas Review Journal.

The notorious criminal spent almost all his adult life in prison. In addition to first-degree murder, he had also been convicted of rape, kidnapping and sexual assault.

McKenna, then 32, choked 20-year-old prisoner Jack Nobles to death after a dispute between the two over a chess game in 1979.

Witnesses claimed that McKenna, who had been drinking bootleg prison liquor at the time, had also demanded that Nobles perform a sexual act on him during a tense confrontation. 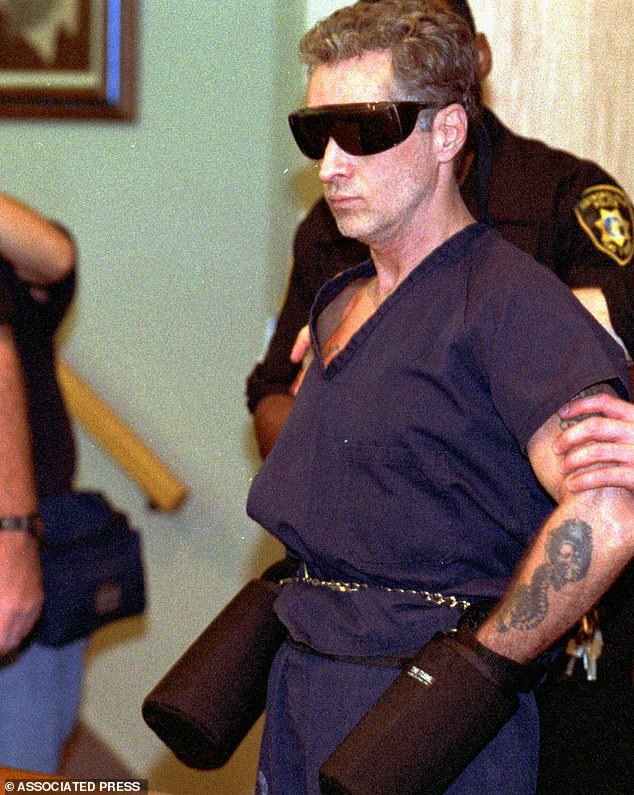 However, Nobles was found dead the next morning and McKenna was sentenced to death the following year in 1980.

McKenna’s death sentence was overturned twice on appeal, but was later upheld on the third attempt.

He was scheduled to be executed on December 9, 1996, but eventually remained on death row until his eventual passing this year.

In an 1989 interview, McKenna said he did not want the state to kill him, adding: ‘I will kill myself before I permit them to do that to me.

‘I won’t give them that ritual trip. To me, that would be the final indignity.’

The killer had a long and murky criminal history starting when he was just 17.

McKenna was taken in by a friend during a three-year stint out of prison from 1976 and 1979.

While living with the two female friends he brandished a shotgun, used bed sheets to fashion nooses for the women and raped them for hours.

He threatened the women, warning that he would return and kill them if they went to the police.

He was later sentenced to three consecutive life terms plus 75 years in prison.

Clark County District Attorney Steve Wolfson had previously called him the ‘most infamous killer on Nevada’s death row’, adding: ‘In my opinion, he didn’t get what he deserved.’ 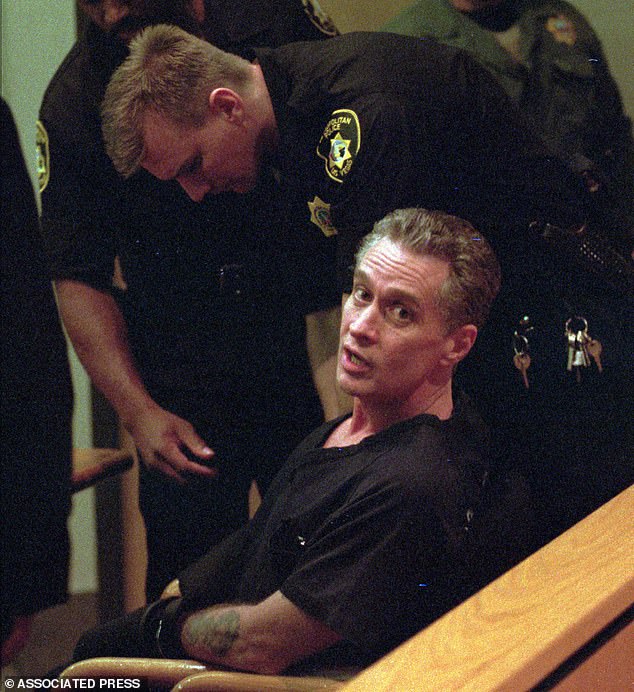 Patrick McKenna: A timeline of his murky criminal history

Speaking after his death, his brother Ken McKenna, a retired lawyer, said that his brother had a change of character after his mother sent him to the Spring Mountain Youth Camp on Mount Charleston.

He claimed that his brother encountered people who were ‘vicious, vindictive and basically sociopaths who beat and tortured the kids’ at the camp.

Ken McKenna added: ‘It was a complete change in his personality. When he came back from Spring Mountain, he wasn’t there anymore. Pat didn’t exist in that body anymore. He was cold.

‘He was evasive. He committed all those crimes. Nobody’s trying to whitewash that. He did terrible, bad things. But the reality is it would never have happened.’

Born in August 1946 in Leadville, Colorado, McKenna moved to Nevada as a child.

His father, who later killed himself, was an alcoholic who allegedly beat McKenna, his brother Ken and their mother.

Aged just 14, McKenna ended up in juvenile prison after stabbing a man.

At age 20, he faced a 20-year prison sentence after he was convicted of raping and beating a woman near Sunrise Mountain in Clark County.

McKenna managed to escape from prison in 1966 after prison officials discovered that bars in his cell had been cut.

In 1973, he stabbed a correctional officer with an 11-inch homemade knife.

Nobles and another inmate obtained a gun and took hostages during a jail takeover in 1979. Two of his accomplices later died from gunshot wounds.

European Super League: There must be consequences for ‘big six’ – Richard Scudamore