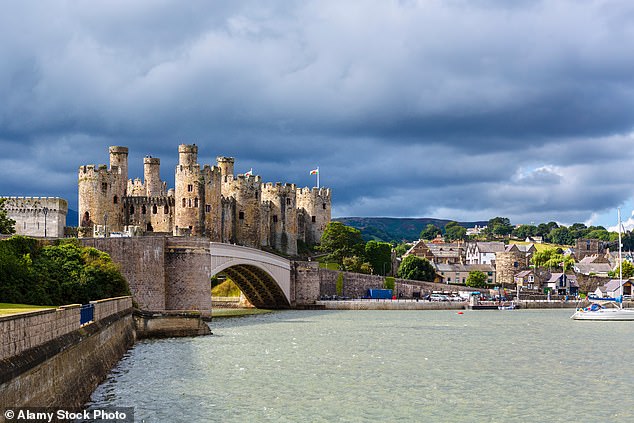 King of the castles (and home to The Smallest House In Great Britain): Wales may be out of the World Cup – but the medieval town of Conwy is a winner

By Angela Epstein for the Daily Mail

On Conwy’s waterfront, a huddled crowd gathers around a red-fronted house on the diminutive promenade of this quaint, North Wales town.

A cheery autumnal sun glances off the mudflats of the River Conwy estuary and greedy gulls with paunchy bellies wheel and squawk overhead.

The source of the crowd’s magnetic attraction (aside from a cheery lady in traditional Welsh costume at the doorway)?

A tiny end-of-terrace property believed to be — as the sign over Quay House announces — ‘The Smallest House In Great Britain’.

Angela Epstein pays a visit to Conwy, the Welsh market town that’s home to Conwy Castle (above) – ‘one of the country’s largest and best-preserved pieces of medieval building work’

Yet even though it stands at just 72in wide and 122in high, it’s unlikely any visitor to Conwy, a walled market town on the fringes of Snowdonia, will overlook this tiny tourist hub.

Jemmied into a gap by some poorly calculated 16th-century building work, it bookends a run of much larger white terrace houses. Painted in a merry shade of scarlet, the house sticks out like a tiny, rather than sore, thumb.

Mind you, it’s amazing what can be squashed into this two-storey (two-storey!) des res. Not least a single bed, a teeny tiny stove, a small table and some hooks on which to hang clothes. It’s hard to believe the last person to live in it was a strapping 6ft 3in local fisherman called Robert Jones.

But then, Conwy, as my husband Martin and I discover while touring the town, has myriad contrasts — perhaps best articulated by the fact that behind ‘The Smallest House In Great Britain’, the skyline is framed by one of the country’s largest and best-preserved pieces of medieval building work.

Pictured is ‘The Smallest House In Great Britain’, which stands at just 72in wide and 122in high. ‘The house sticks out like a tiny, rather than sore, thumb,’ says Angela

‘Everyone seems to relish living here,’ Angela declares of Conwy (above)

Conwy Castle was the architectural brainchild of Edward I, whose plan was to establish a chain of fortified towns around Wales to protect the country he had just invaded.

Both Conwy and its castle were founded in 1283. We glimpse the latter for the first time from the bedroom window of the Quay Hotel & Spa in Deganwy, a six-minute drive away, where we have chosen to stay as much for its luxury spec as its view across the water. On the night of our arrival the castle is majestically floodlit in flushes of pink and rose.

Touring the castle means clambering up spiral staircases to reach the top of its eight circular turrets — some of them 70ft high. At times only a piece of vertically hung rope aids the climb, but the vertigo is rewarded with a panoramic view across the estuary and Snowdonia mountains beyond.

Angela’s base is the Quay Hotel & Spa in Deganwy (above), a six-minute drive away from Conwy

Edward I also ordered the construction of stone walls to encircle Conwy, and it’s still possible to complete a three-quarters-of-a-mile walk along these largely unbroken barriers, which soar and dip above the town centre like a static roller coaster.

In the town centre, independent shops on the main street bristle with life (visit Edwards of Conwy, an award-winning master butcher, since the chill counter is a work of art) alongside nuggets of architectural history such as Plas Mawr — a late 16th-century townhouse.

Everyone seems to relish living here (earlier this year, Conwy was dubbed one of the best places to live in the UK).

As one twentysomething waitress at our hotel summed it up: ‘We can get to big cities if we want. But otherwise, what more do we need.’

The metaverse and the university. the future has arrived 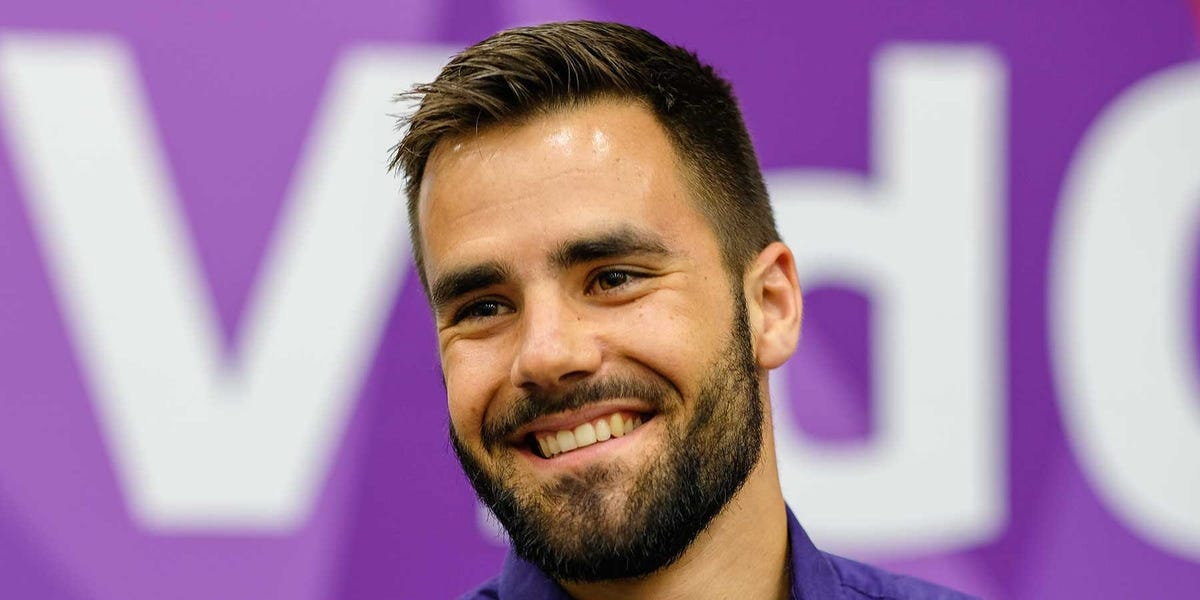