A disability support worker diagnosed with an advanced stage of bowel cancer after becoming so exhausted she could barely brush her hair has revealed the symptoms everyone should watch for.

Tamsyn Cornwall spent years training at F45 gyms and eating a diet rich in green vegetables and gluten-free wholefoods to manage the inflammatory bowel disease she had lived with since she was nine years old.

The super-fit 31-year-old, from Auckland on New Zealand‘s North Island, was ‘heartbroken’ when she was diagnosed with stage 3B bowel cancer in August, two months after noticing so much blood in her stool it looked like a ‘crime scene’.

In the five months since, she has had her colon removed and is currently halfway through a gruelling course of chemotherapy aimed at ridding her body of the insidious disease that claims the lives of 1,200 New Zealanders each year.

Ms Cornwall, who will have a stoma bag for the rest of her life, told Daily Mail Australia it is vital for women to treat their bodies with the respect they deserve and see a doctor about any concerns they may have. 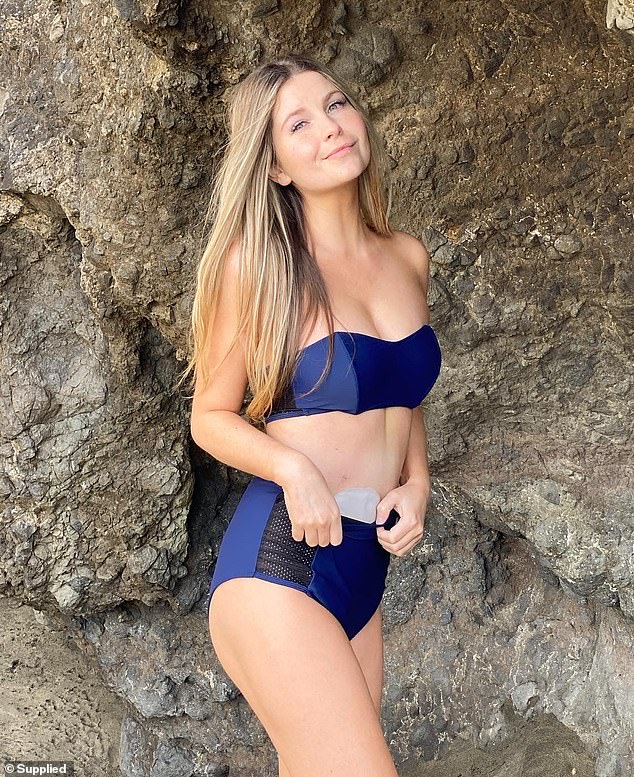 Ms Cornwall first noticed blood in her stool in March but was not overly alarmed due to her past history with IBS, which sometimes causes trace amounts of bleeding.

But when the blood was joined by ‘unbearable’ stomach cramps and severe fatigue that left her exhausted after showering in early June, she felt in her gut that something more sinister was wrong.

In July, Ms Cornwall spoke with doctors over Zoom due to New Zealand’s stage three Covid lockdown and arranged a series of tests to determine the cause of her complaints.

A colonoscopy in August revealed tumours growing across her bowel and through the muscle of the colon to its outer layer.

In some stage 3B cases, cancer spreads through this layer to the tissue lining other organs in the abdomen.

It was for this reason that Ms Cornwall opted for a sub-colectomy ileostomy – total removal of her colon – on September 23.

The surgery, which is advised for patients with cancer close to the anus, places a colostomy bag around the stoma to collect waste in place of the colon.

Sometimes these are temporary and only required until the rectum has healed, but Ms Cornwall’s case is permanent which means she will have a stoma bag for the rest of her life.

‘I have great love for my new scars and my stoma pouch. They’re beautiful proof I still exist,’ she said. 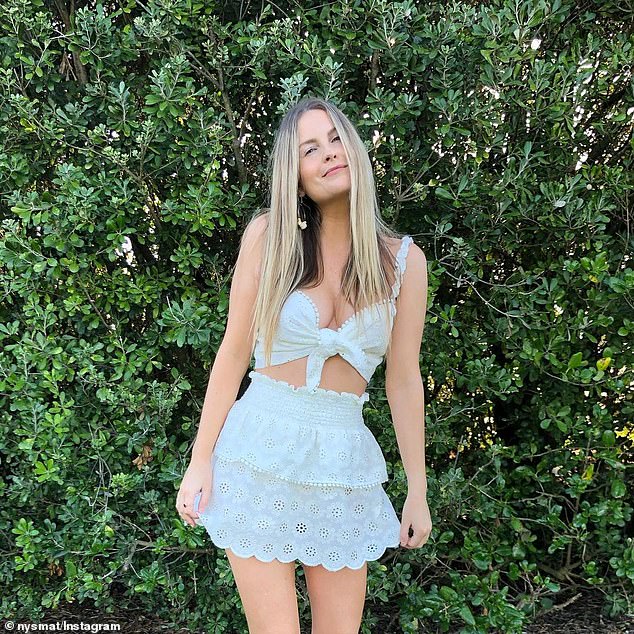 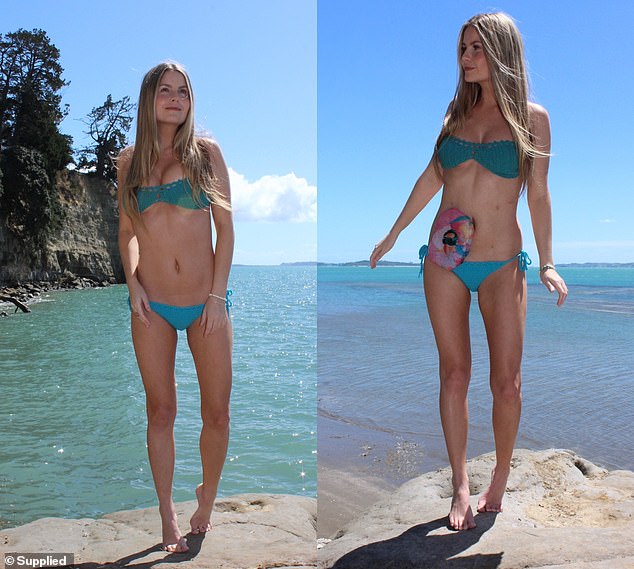 Doctors initially prescribed a course of Capox chemotherapy which started on November 6, but Ms Cornwall switched to Folfox – a less intense cocktail of drugs – after suffering horrific reactions including constant vomiting, leg spasms and an elevated heart rate.

Oncology consultants have given Ms Cornwall a 75 percent chance of survival, largely thanks to her decision to have her colon removed.

‘I have great comfort in that, and the fact the chemo is zapping what could be left of the cancer in my lymph nodes,’ she said. 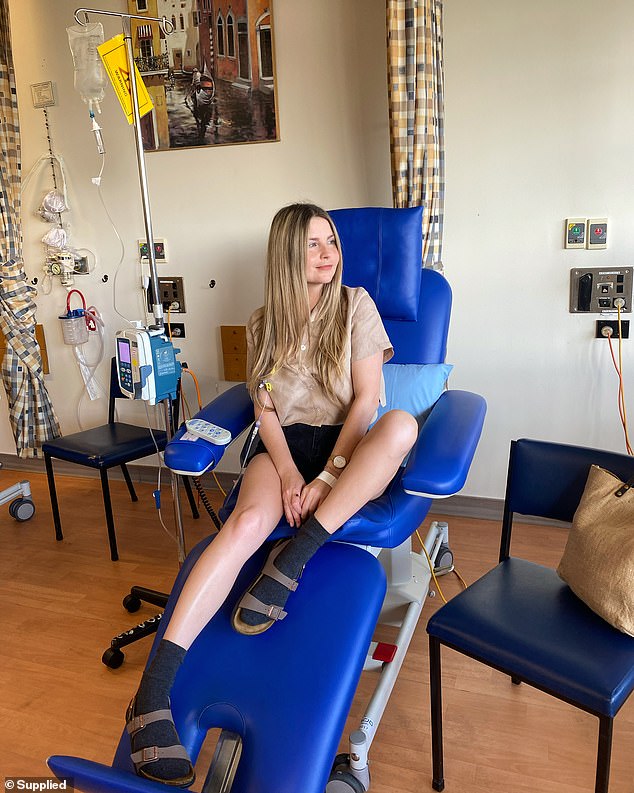 Doctors initially prescribed a course of Capox chemotherapy but switched to Folfox – a less intense cocktail of drugs – after Ms Cornwall (pictured during an infusion) suffered horrific reactions including constant vomiting, leg spasms and an elevated heart rate

Ms Cornwall is battling a disease that claims the lives of approximately 1,200 New Zealanders each year, a mortality rate similar to breast and prostate cancers combined.

With roughly 3,000 cases annually, it is the second most common cancer in New Zealand, only behind prostate cancer, and is more common in those over 50 than any other age.

– Change in bowel habits with diarrhoea, constipation or the feeling of incomplete emptying

– Blood or mucous in stools

– Lump in the anus or rectum 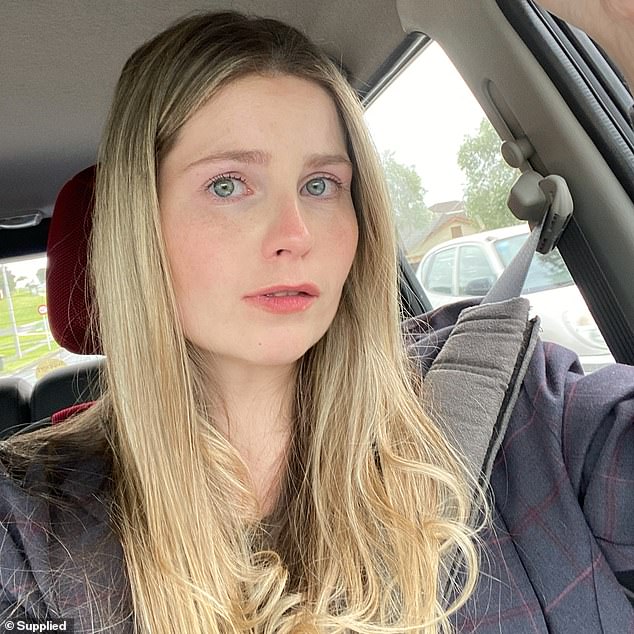 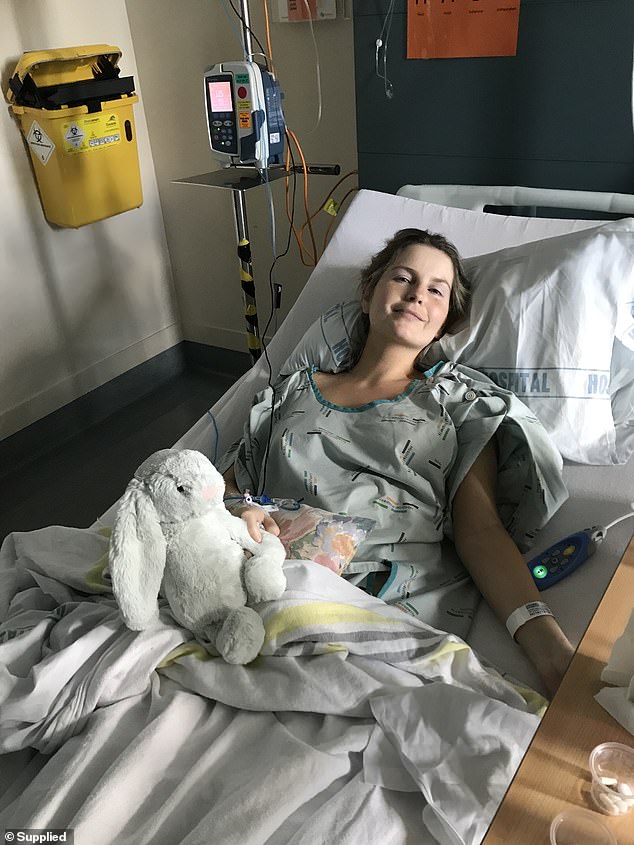 In the months leading up to her diagnosis, Ms Cornwall (pictured in hospital) became so exhausted she could barely brush her hair

Bowel cancer is notoriously difficult to diagnose because early stage symptoms are vague and easily confused with those of less sinister illnesses such as irritable bowel syndrome (IBS), which often leads to lengthy delays in treatment.

Patients in advanced stages of bowel cancer may experience bleeding from the rectum or blood after bowel movements, which should be reported to a doctor as soon as possible. 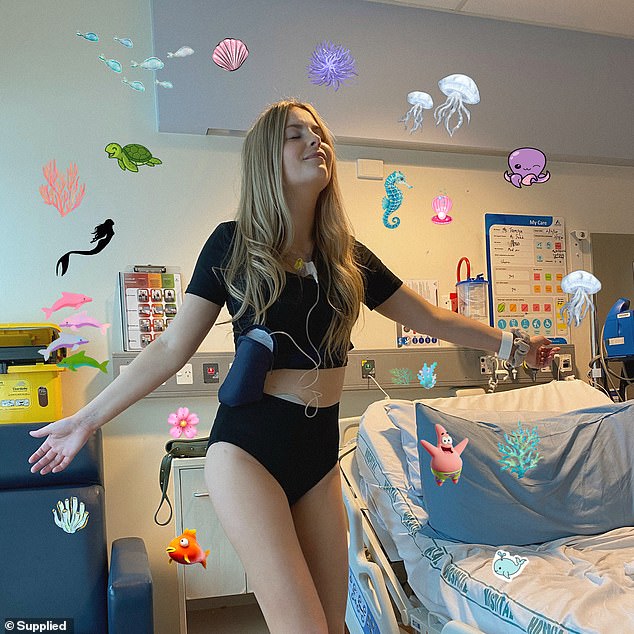 Ms Cornwall (pictured during treatment) believes the New Zealand government could provide additional funding to lower the age limit of bowel cancer screening, currently free for those aged 60 to 74

What increases the risk of bowel cancer?

Everyone is at risk of developing bowel cancer, however the risk greatly increases with age, particularly from age 50. You are also at greater risk if you have:

– A previous history of polyps in the bowel

– A previous history of bowel cancer

How can you prevent it?

Your most effective protection is to:

Early detection dramatically increases the chance of successful treatment and long-term survival, meaning early intervention can make the difference between life and death.

New Zealand offers free bowel cancer screening for men and women between 60 and 74, but Ms Cornwall believes the government could provide additional funding to lower the age limit.

She encourages anyone questioning their health to air concerns with a doctor, no matter insignificant symptoms may seem.

‘Even if it might be hard or embarrassing to talk about, your body deserves that respect,’ she said.