A Kiwi fashion designer accused of copying an American artist’s work for one of its iconic design has hit back to claim she had never heard of the woman.

Karen Walker launched Runaway Girl brand in 2001, which features jewellery and clothing with a logo of a marching girl holding a bindle over her shoulder.

The products shipped worldwide, which include rings, necklaces and shirts, range from $22 to more than $1700, contribute to Ms Walker’s multi million-dollar net worth.

But the notable design has come under fire after New Zealand socialite Pebbles Hooper pointed out the famous logo was ‘eerily similar’ to Kara Walker’s artwork created three years earlier. 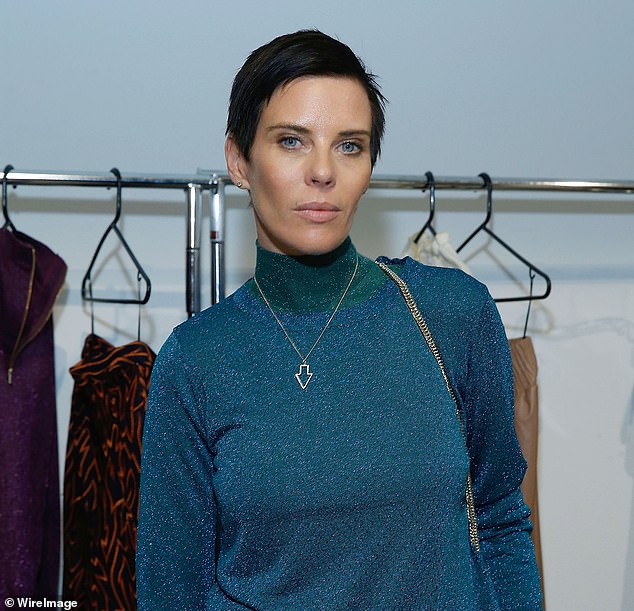 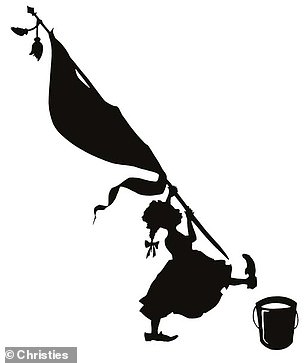 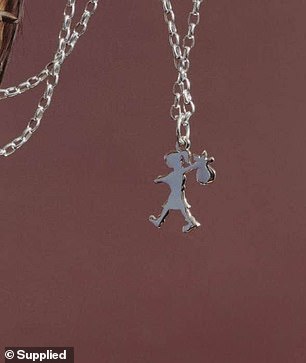 The Runaway Girl brand (pendant pictured right) features a little girl marching with a bindle over her shoulder. Followers accused her of copying an American artist’s 1988 image (left)

The artist, who is known for silhouette images depicting issues of race and racism, designed Untitled (girl with Bucket) in 1998, which shows a little girl marching towards a bucket holding a banner in the air.

‘I find the similarities undeniably mirrored,’ Hooper, the daughter of fashion designers Francis Hooper and Denise L’Estrange-Corbet, wrote on Twitter.

Other social media users then flocked to the brand’s online account to question the inspiration behind their design after seeing Hooper’s post.

In response, the company said it had not heard of Kara Walker until recent years and claimed the logo was based on Victorian silhouettes.

‘Karen wanted to create a girl in walking mode as she was for our first collection shown in London called “Runaway”,’ a company spokesperson wrote on Instagram.

‘Cutouts have been a key form of portraiture since the 1800s and they were the inspiration when drawing Runaway Girl.’ 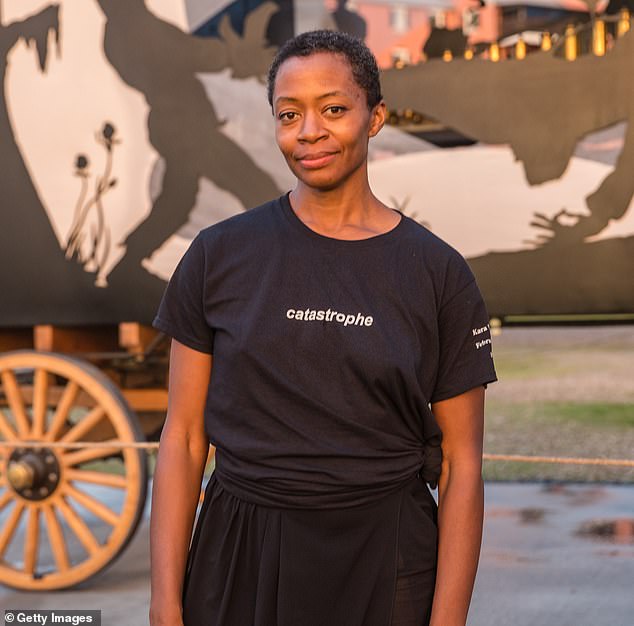 The company hit back at further criticism, saying it was not ‘naivety’, but rather the allegations were ‘false’.

Karen Walker said the design was based on her interpretation of herself as a child and the similarity was ‘pure coincidence’.

‘Runaway Girl’s hair and face was an interpretation of me as a child and she was done in the well-known silhouette style that has been used for hundreds of years,’ she said in a statement to Daily Mail Australia.

‘We don’t wish to take away from Kara Walker’s work at all but it’s a pure coincidence we’ve both created works in the cut-out silhouette style made popular in the 18th and 19th centuries – a widely-known and used style still popular today.’

Turkish lira wavers after the first CBRT decision by Sahap