Klopp: Liverpool must find a solution to compensate for the absence of Mohamed Salah and Mane in January 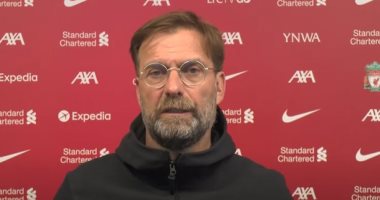 Liverpool coach Jurgen Klopp confirmed that he does not expect to sign new deals in January during the winter transfer season, in order to compensate for the departure of Mohamed Salah and Sadio Mane to play in the African Nations Championship in Cameroon.

Klopp said, in a press statement to the “Liverpool Anfield” website, that he is not interested in the contracts and activity of other clubs: “I think my English is not good, so I speak again and sometimes I annoy some coaches, I do not want to talk about it, and why I talk about it in the first place and then hear the statements of other coaches. They tell me! I don’t care what other teams are doing at all.”

He continued, “I have been here for six years and it was a successful period. It was not the most successful, but it was successful and we won some titles thanks to our transfer policy.”

On the transfer season, he said: “I always get asked questions and why do we have such a transfer policy! It’s a little annoying, we follow our transfer policy because we believe it made sense to renew our players contracts and we did, yes that didn’t sound great but I can’t convince you.”

Regarding Cristiano Ronaldo’s transfer to Manchester United, he said: “I was not surprised that United included Ronaldo, but I was surprised that Ronaldo left Juventus because I did not imagine that he would leave, this is my opinion on the matter.”

Klopp confirmed that it is possible to rely on Gomez and Konate in defense soon: “It is possible, I have said many times that everyone will play this season, Virgil has fully recovered and is fine and we must make decisions about the formation all the time, we will see and we have not decided yet.”

Klopp indicated that he does not expect new deals in January when Mohamed Salah and Mane leave to participate in the African Nations, saying: “At the moment, it does not look great. find a solution.”

He concluded: “Some say that we must sign new strikers of the same quality as Mohamed Salah and Mane to compensate them in January, but this cannot be a solution because we cannot do that.”