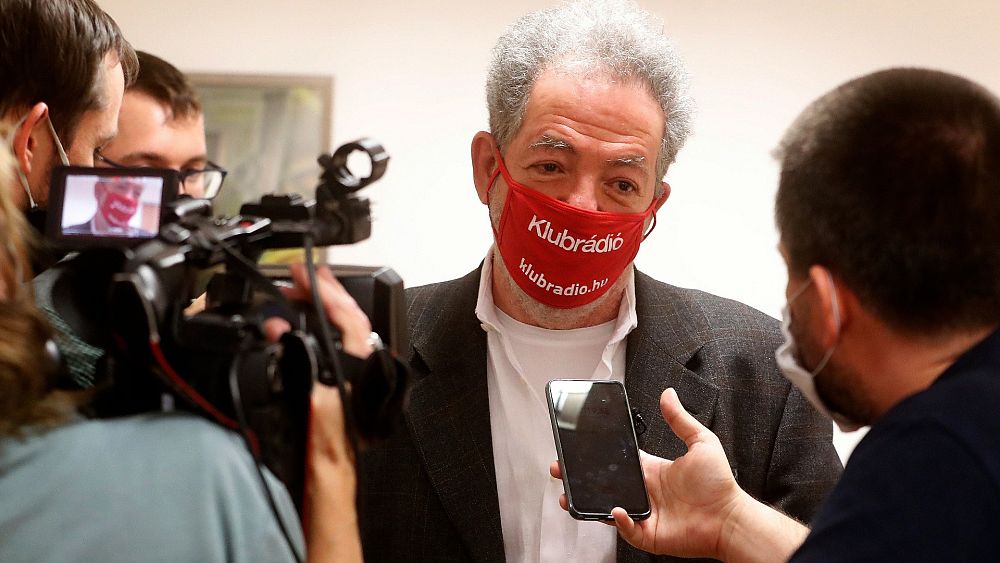 The European Union”s executive has urged the government in Hungary to allow a liberal-leaning radio station to continue broadcasting after it went off the air on Monday.

Klubrádió went off the airwaves on Sunday at midnight after a court upheld a decision by media authorities not to extend its broadcasting licence.

During an online press conference of the European Commission on Monday, spokesman Christian Wigand confirmed the executive had sent a letter to Hungary’s permanent representation in Brussels on Friday expressing its concerns over the move.

Wigand said the station’s loss of its broadcasting frequency had occurred “on the basis of highly questionable legal grounds”, and that Hungary “should respect the EU’s charter of fundamental rights, including the rights to freedom of expression, information and the freedom to conduct a business”.

The Commission has asked Hungary to take urgent action to ensure that Klubrádió, a commercial broadcaster in the capital of Budapest, can continue using its frequency until final decisions become legally binding, Wigand said, warning of “irreparable damage” to the station.

Hungary has not yet sent an answer to the Commission’s letter, the spokesman added.

The loss of Klubradio’s broadcasting licence reinvigorated a debate over freedom of the press and outsized political influence in Hungary’s media market.

The liberal-leaning commercial station was one of the only remaining opposition radio voices in Hungary and one of the last radio channels that regularly featured opposition politicians and other critical voices during its news and talk programmes.

The European Commission last Wednesday denounced the decision, saying the move “increases concerns” about “media freedom and pluralism” in Hungary.

Klubrádió’s president Andras Arato last week cited authorities as saying the station had “broken the rules” when the media lost its licence.

Arato denounced Tuesday’s decision as “a shameful decision”, which raises new concerns about press freedom in this European Union country.

He told Euronews that he planned to appeal to Hungary’s highest court, the Curia, promising that his media would continue online and that listeners were “keen”.

“We will not be silenced, and if they also want to support us, we will try to do our bit so we can live in a better world,” he said.