A clever shopper has found the perfect alternative solution for storing multiple chopping boards neatly in her kitchen.

Zoe, from Western Australia, said she initially spotted an expensive set of chopping boards with its own stand for $150.

But she was able to save herself $143 after she turned a $7 file holder from the stationery aisle at Kmart into a stand so she could store the boards in a row. 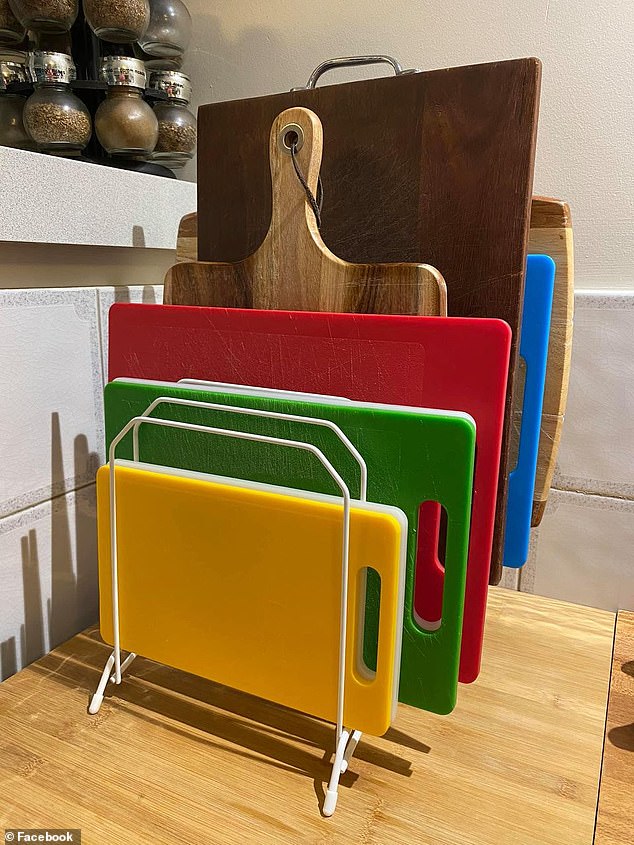 Rather than paying $150 for a new set of boards with a matching stand, customer Zoe, from Western Australia, revealed she used a Kmart file holder priced at only $7 (pictured)

‘I was inspired after seeing a set of chopping boards with a stand on sale for $150 in a kitchen shop,’ she wrote in a Facebook group.

‘While shopping in Kmart for school supplies, I saw the file stand and instantly thought of the chopping board stand.

‘It works well as there is plenty of room between the boards to ensure they dry after washing.’ 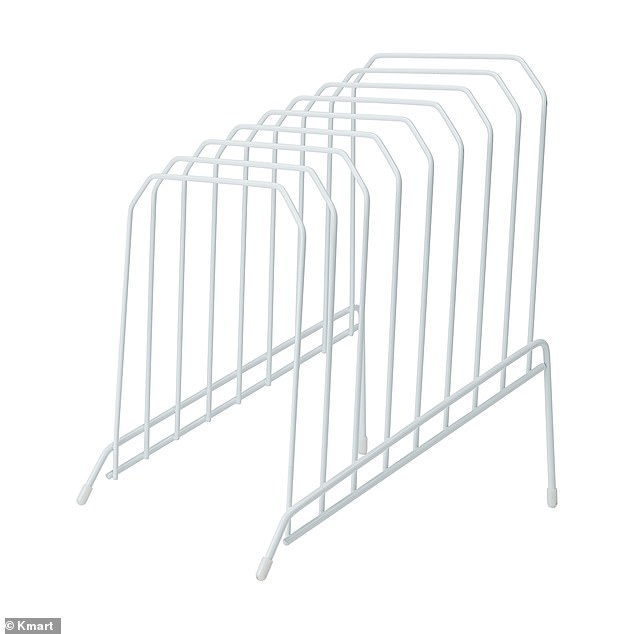 Zoe said she saw the budget product while shopping at the popular department store. The cheap buy is study enough to hold the plastic and wooden chopping boards as it’s made from metal

The cheap buy is study enough to hold the plastic and wooden chopping boards at the same time as it’s made from metal.

Other shoppers part of the online Facebook group dubbed the idea as ‘clever’ and ‘genius’ thinking.

‘We do the same and I use the stands to store my baking trays etc as well,’ one person wrote.

‘Love the chopping board idea! Clever,’ another said.

China pledges to give the Philippines 500,000 doses of Corona vaccine