A disgruntled shopper has called out Kmart for selling women’s tracksuit pants three times more than men’s $8 near identical style.

The woman, from Victoria, said she was ‘disappointed’ after she found a pair of women’s tracksuit pants for $8, the same price as men’s, but the designs were noticeably different.

She pointed out the women’s version was ‘made of light material and without pockets’ while the men’s pants featured a ‘thicker fleece and have pockets’.

‘More importantly, I can not fathom what it is about my gender that suggests I would not require pockets in my track pants. I use pockets in my pants literally every day.’

For a pair of women’s pants with pockets, she found a branded version for $25 – $17 more than the men’s budget version.

‘I am aware that there are Everlast track pants that have pockets however I do not want to spend $25 for the privilege of pants with pockets,’ she said.

‘I, too, want to spend $8 on a basic pair of track pants that are fleecy and warm and have pockets.

‘I also understand that nothing is stopping me from buying men’s track pants. My problem is, being short in stature, I find men’s track pants to be far too long and unfortunately unwearable.’

The customer shared ‘some examples’ of what she typically puts in her pockets, which includes dog treats, keys, a pen and her phone.

‘There are many more examples I can give but I will leave it there,’ she said.

She said the issue she had was women are required to ‘pay extra for pockets’.

‘Why can’t the basic track pants just have pockets like the men’s ones?’ she asked.

‘What I want is a product that is equal in quality to the men’s equivalent. I don’t want to be forced to pay more for a product because of my gender. Or is that asking too much?

‘Please, I implore you to consider stocking women’s track pants made of the same fleece that men’s are made of and for the love of God, with pockets.’ 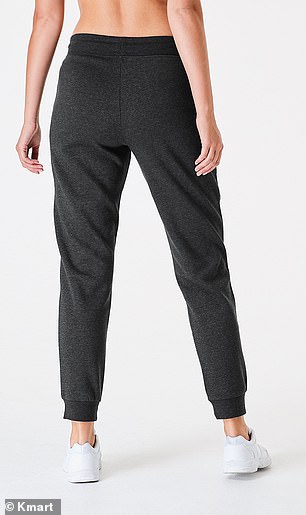 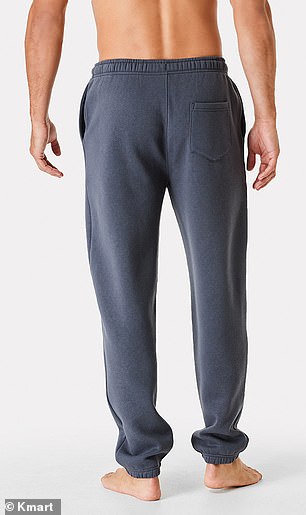 The women’s $8 tracksuit pants (left) cost the same price as the men’s. However, the men’s version features two side pockets as well as a back pocket (right)

On the retailer’s website, there are a range of women’s tracksuit pants with pockets, with prices ranging between $15 and $25

Many women agreed with her statement, with one saying: ‘We want gender-equal features for the same price. We love Kmart for being ahead of the curve. This is one area that is lacking.’

But others insisted women could simply resolve their issue just by purchasing a smaller size in the men’s aisle.

And another added: ‘I fail to see this as a gender issue. Get off your high horse. Male and female fashions are remarkably different.’

On the retailer’s website, there are a range of women’s tracksuit pants with pockets, with prices ranging between $15 and $25.