The Queen’s birthday: Royal Family shares photo as she celebrates without Prince Philip

A concerned shopper has issued an urgent warning about Kmart’s popular air fryer after the device cracked her kitchen benchtop.

‘Just an FYI and warning,’ she wrote. ‘Bought the big air fryer and have been loving it… until I noticed a big crack in my benchtop.’ 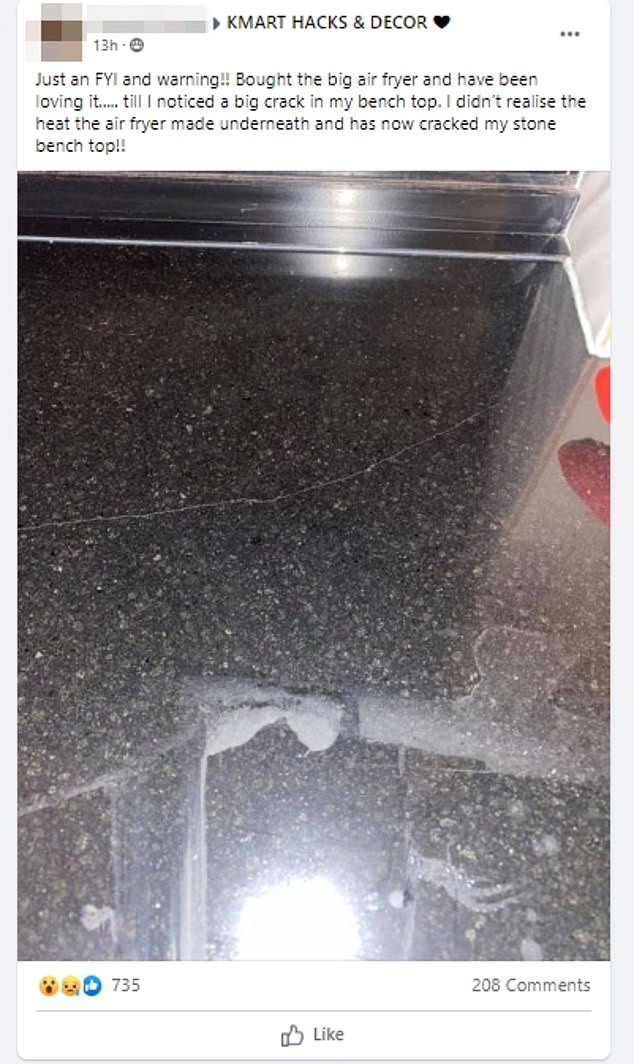 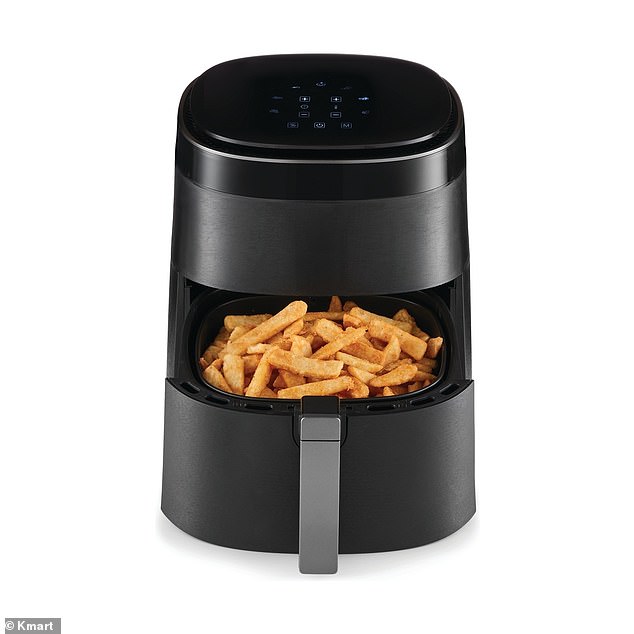 Serene claims the heat emanating from the bottom of the 7.5 litre air fryer had caused the irreversible damage on her family’s stone benchtop.

The discovery of the damage was even more devastating for Serene, as she had just purchased her new home.

‘Yeah I am p***ed as I only bought the place three months ago. My perfect kitchen,’ she said.

Other Kmart fans were quick to comment on the photo, with many shocked at the damage. 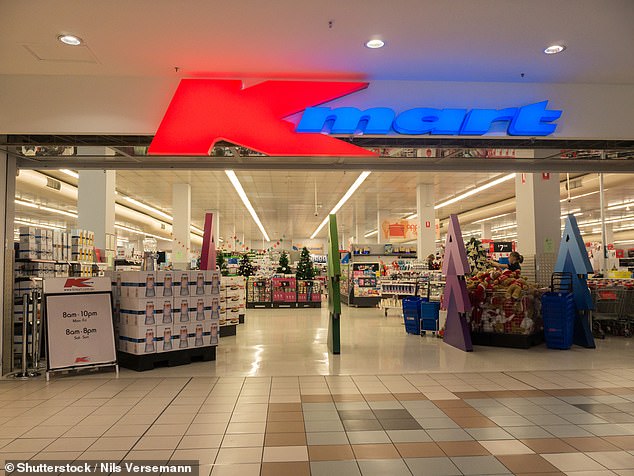 ‘I’m so sorry that has happened to you. It’s very thoughtful of you to warn others,’ one said.

‘Noooo! How terrible,’ another said.

Another customer claimed that the same 7.5 liter air fryer caused the same damage on her own stone kitchen benchtop.

Some suggested placing the air fryer on top of a bread board or tile for future protection.

‘It says in the instructions to put it (the air fryer) on something,’ one said. 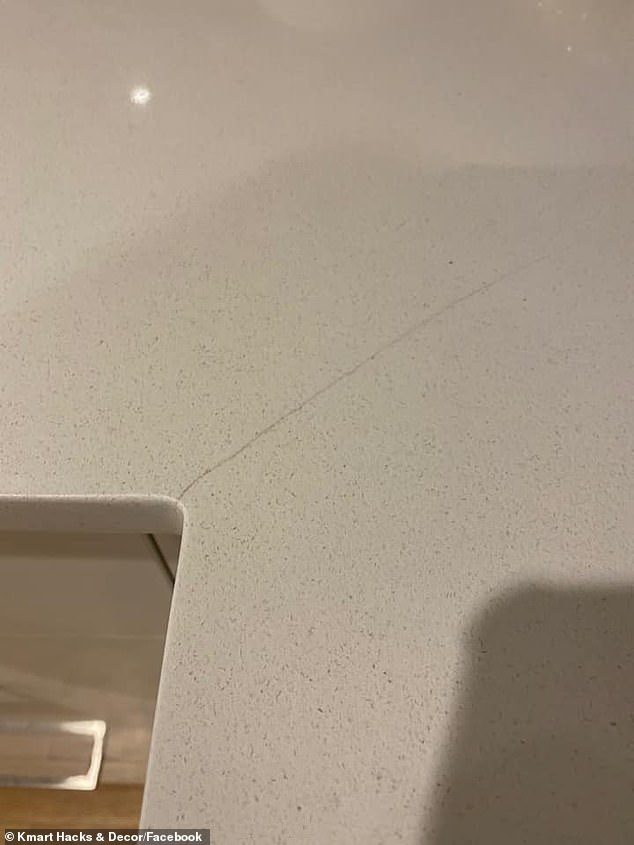 ‘You should always out the air fryer on a board. I am on a few air fryer sites and this does happen to stone bench tops. Extreme heat will crack them,’ another added.

In the product instruction manual, Kmart advises that the appliance should only be used on a ‘stable, horizontal, flat and heat resistant’ surface, and ‘placing the air fryer on an insulated heat pad is recommended.’

The Queen’s birthday: Royal Family shares photo as she celebrates without Prince Philip