A Kmart shopper has sparked confusion after sharing a theory the department store has secret ‘impulse buy’ sections.

The shopper who was visiting a store in Penrith in Sydney’s west said when they asked where a certain product was, a staff member pointed them in the direction of the ‘impulse buy’ area.

‘It turns out the store is dotted with these places, but funnily enough there are no signs,’ the customer wrote on Reddit.

‘I never found what I was looking for and because my guard up I was able to resist the urge to buy random stuff on impulse. Be safe intrepid shoppers!’

The post quickly caused a stir with other Kmart shoppers online with some saying these areas always existed and are usually found next to the checkout to encourage shoppers to make a last minute purchase. 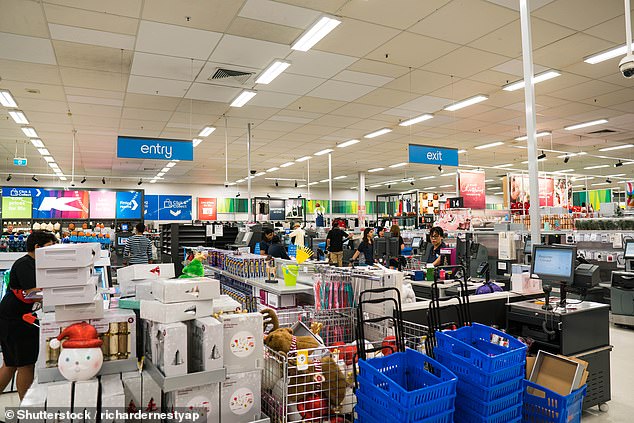 Often the ‘impulse’ items are products which have been discounted or are on sale.

They’re usually confectionary products like snacks and drinks, one shopper pointed out, while the customer from Penrith said they saw kids’ toys and hats in the ‘impulse buy’ category.

‘This (impulse buy section) was embedded in another section of the store, then I noticed others,’ the Penrith customer wrote.

‘I thought it was great they were willing to name it, like we’ve come this far and we all know what they’re trying to do so no sense in beating around the bush.’

Others suggested the ‘impulse buy’ sections weren’t limited to Kmart and that most major retailers used the technique to attract more shoppers.

Last year another shopper of the popular department store revealed she often scored discounts by trawling through the ‘Soiled/Damaged/Faulty’ merchandise trolley or section. 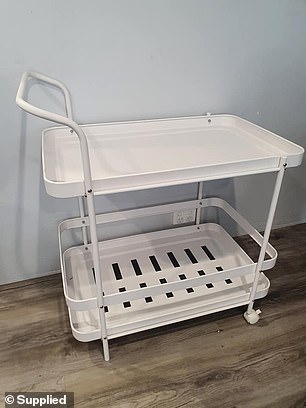 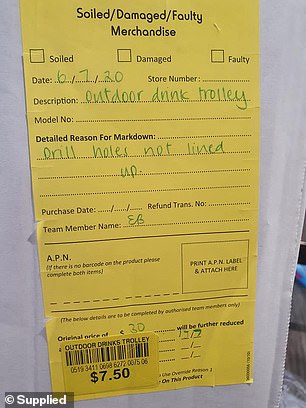 ‘Don’t be afraid to buy from your local Kmart ”Soiled/Damaged/Faulty” merchandise trolley or section,’ she said

The woman from Perth revealed that she picked up a drinks trolley for $7.50 after it was relegated to the sale area.

The merchandise area, which is in different parts of the store depending on where you live, is frequently refilled with ‘broken’ returns and mismatched toys, bedding and clothing.

But, as some people have discovered, the products aren’t as ‘soiled’ as their labels would make you believe.

‘Reminds me of years and years ago I got a framed New York picture reduced because the sales person saw a scratch in the corner. I didn’t notice until I got home it was the artist’s signature,’ one woman said.

‘I got one of the huge circle mirrors for $11 because it had a black mark on it. The mark was smaller than a 5c piece and is almost unnoticeable,’ said another.

Ghislaine Maxwell sleeps with a prison-issue sock over her head