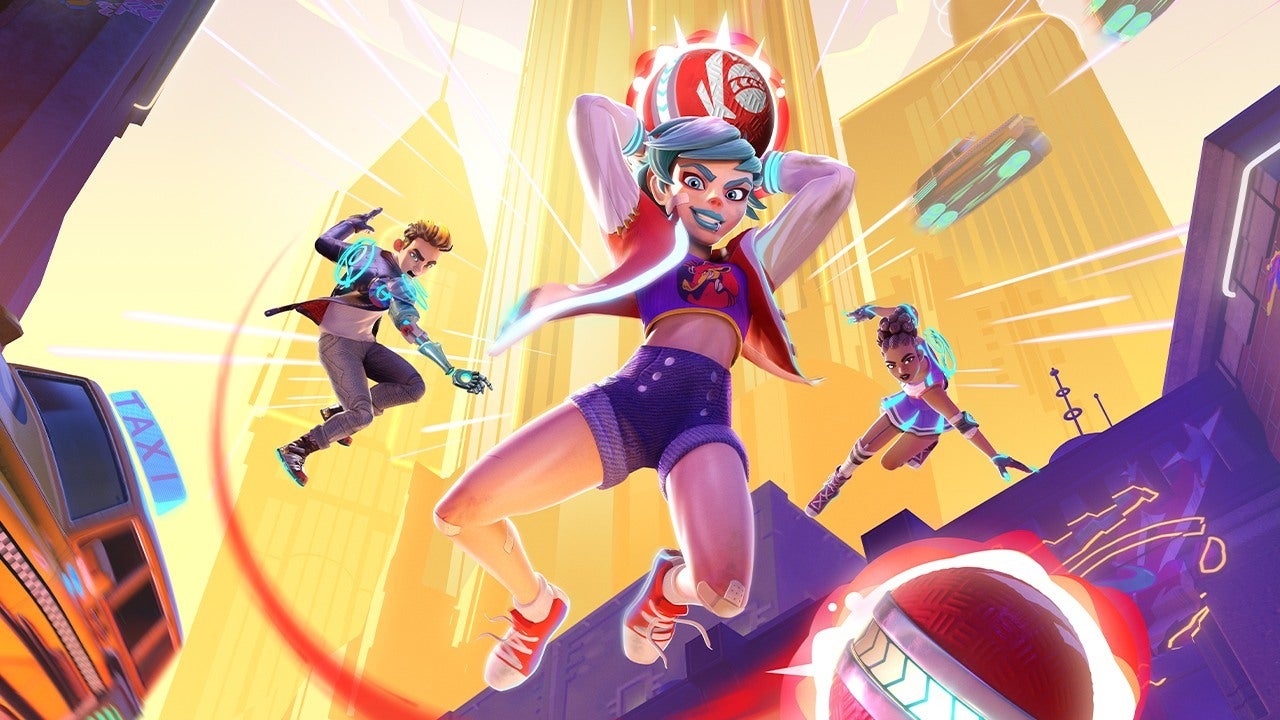 You know that part in The Legend of Zelda where Ganon and Link bounce a ball of lightning back and forth until someone dies? Knockout City, the upcoming dodgeball multiplayer game from the studio that gave us Mario Kart Live: Home Circuit, is that exact moment of pure joy but dialed up to 11 and played on repeat.

Knockout City is like a game of catch on steroids. Round after round, my squad of 3 or 4 players (depending on the game mode) tried our best to tag the opposing team with rubber balls, which they tried to catch, dodge, or deflect, then lob back in our direction. By catching a ball thrown at me with perfect timing, the ball became charged with energy and would move even faster the next time I pitched it. And since that effect can be stacked multiple times until the ball moves like a bullet, the stakes were constantly spiking as we tossed balls back and forth until someone’s avatar cartoonishly collapsed to the floor or was flung off a building in a moment of ecstasy. It’s one of the simplest possible premises for a game, but done with such intensity and precision, it took me all of ten seconds to become utterly addicted.

What kept me engaged for the duration of my time with Knockout City though, was all the layers that make this modern game of Pong nuanced and strategic. Since catching a ball had to be timed fairly impeccably, I could fake a throw (yes, there’s a button for that) to goad my opponent into pressing the catch button too early, then actually throw it and hit them during their brief cooldown window. An indicator that frames the screen allowed me to know when I was being targeted by an enemy and from which direction, so I could dodge, spin around to catch it, or, if I was feeling bold, tackle the enemy player swatting their ball away in the process. If an enemy was hiding out of view, I would perform a spin move to curve the ball over or around obstacles and eliminate them while they thought themselves safe. All these factors amounted to a complex game of rock, paper, scissors where I was always trying to outmaneuver, outsmart, and outplay my opponents and when everything went according to plan I felt like an absolute dodgeball God among ordinary men.

In Knockout City, things can get hectic in the best possible way, and working as a team was utterly necessary. The situation would occasionally arise where there were no nearby balls to lob at my enemy, so naturally the obvious solution was to become the ball. By curling into a ball and rolling into the arms of a fellow player, I could turn myself into human ammunition and watch my teammate fling me at the nearest player unlucky enough to catch a taste of my noggin. Or if my teammate really wanted to do some damage, they’d charge up their throwing arm and hurl me into the air, which allowed me to direct myself towards the enemy and explode at their feet, eliminating multiple enemies at once. There’s even an entire game mode where there aren’t any balls to find on the course, which forced us to work as a team and use one another as ammo to win the day.

Adding to the mayhem, there were special powered-up ball types that could be scavenged from each course. I used one to trap enemies in ball form, allowing me to use them as ammunition against their own team. Another was just a literal ticking time bomb, which turned the already over-the-top game of catch into a very high stakes game of hot potato. And my personal favorite, the moon ball, allowed me to jump as if I was in low gravity, and throw the ball in slow motion to the befuddlement of my opponents.

If I wasn’t already impressed and excited by what I played of Knockout City, the promise of no loot boxes, cosmetic microtransactions only (which can also be earned in-game), and cross-play and cross-progression on day one brought me to my feet. With dangerously habit-forming dodgeball action and the ability to toss balls across PC, Switch, and consoles, Knockout City seems like it would earn Rip Torn’s approval.

You can get a chance to try out Knockout City for yourself during its first PC closed beta starting this weekend, February 20-21 from 7am – 8pm PT in NA and EU regions.

Travis Northup is an IGN contributor based in San Francisco. He always wears a suit and is a regular on Fireteam Chat: IGN’s Destiny show. Follow him on Twitter at @TieGuyTravis.

Aldi is set to re-launch its famous gym range