In this study according to a website report“Onlymyhealth” Researchers in the United States analyzed data on 10,575 American adults from a national health and nutrition survey. One startling finding was that intermittent fasting was associated with higher insulin resistance.. 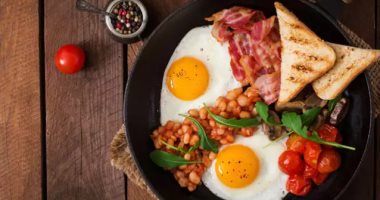 Not only that, intermittent fasting has been associated with higher insulin resistance, and this is a surprising finding as previous research has shown that fasting leads to insulin sensitivity and lower blood sugar level..

Dr Maryam Ali, a researcher at Northwestern University in Chicago and lead author of this research paper, said: “These findings suggest that timing is more closely related to metabolic measures than duration and supports early eating strategies.“.

What is type 2 diabetes

This is a serious health problem that prevents insulin from working as it should. This is why most diabetics have insulin resistance. Since its symptoms are so mild, you may not even know if you have it. Some common signs of type 2 diabetes include the following:

Losing weight without any reason

Numbness in the hands or feet

There are many factors that can cause type 2 diabetes, such as insulin resistance, family history, obesity, unhealthy lifestyle, etc. Exercising regularly, eating a balanced diet that contains plenty of fruits and vegetables, as well as eating whole grains, proteins, complex carbohydrates and healthy fats, and the study also warned against excessive intake of sugars.

8 strange types of abortion, most notably chemical pregnancy and a damaged egg

Should I buy JPMorgan shares ahead of third-quarter earnings results?