Koke: Atletico Madrid is a very strong team with a lot of resources 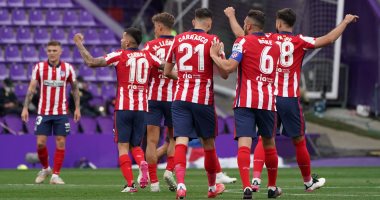 Coqui Resurreccion, captain of the Atletico Madrid team, confirmed today, Friday, that Antoine Griezmann “will do his duties well so that the public continues to love him as it was before,” noting that the public “will receive him well.”

Koke described Atletico Madrid as “a very strong team with a lot of resources” for the current season.

He added: “In the end, Griezmann is a player in Atletico Madrid and the fan always tries to encourage and support his team, not only Antoine Griezmann, but all the team’s players. Of course, Antoine will do his duties well so that the public continues to love him as it was before.”

Koke was asked about the strength of Atlético Madrid this season, and he replied: “The results are what make you better or worse. At the end of the day we have a very strong and competitive working group, and this internal competition that we have will make us better and compete stronger and better. We don’t think about whether we are the best team, We are thinking of competing well.”

“We see ourselves as a very competitive team, that we have a great team with very good players in all positions. Any player who participates at any time can play very well. And this is how we see ourselves: a very strong team with a lot of resources. We will see how it ends.” The season and whether it will end well or very well.”