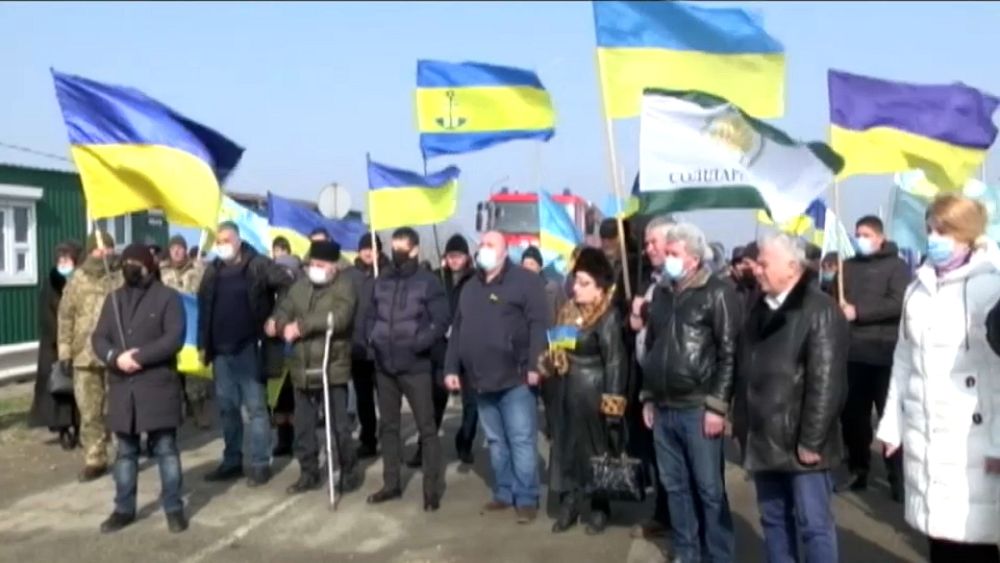 A crowd gathered at the administrative border with Crimea raising the Ukrainian state flag and flag of Crimean Tartars to protest Russia”s action.

In Washington DC, the White House released a statement reaffirming what it called the “simple truth” that Crimea is Ukrainian. It also said it would continue to work to hold Moscow to account.

Speaking in Paris, Ukraine’s Foreign Minister Dmytro Kuleba called for a new summit with Russia, France and Germany on the ongoing conflict in the Donbas region, where Kyiv is fighting Russian-backed separatists.

“France does not and will not recognise this annexation and globally we support the sovereignty and territorial integrity of Ukraine within its internationally recognised borders,” he said.

Earlier in the week, Russian President Vladimir Putin ordered the FSB intelligence agency to counter what he called Western efforts to weaken and destabilise Russia.

Ukraine and its Western allies accuse Russia of sending troops and arms to support separatists in Donbas – a claim Moscow denies.

More than 13,000 people have died and nearly 1.5 million have been displaced since Russia seized Crimea in 2014.