A Labor MP has been accused of rape in an email sent to another politician just days after a letter was sent to Scott Morrison claiming a Liberal minister raped a teenager in 1988.

Victorian Liberal senator Sarah Henderson received an email from a woman on Sunday, claiming a Labor MP in federal parliament had raped her.

‘Late this afternoon, I forwarded to the Australian Federal Police an email I received this afternoon from a woman alleging she had been raped by a man who is now a federal Labor member of Parliament,’ she said. 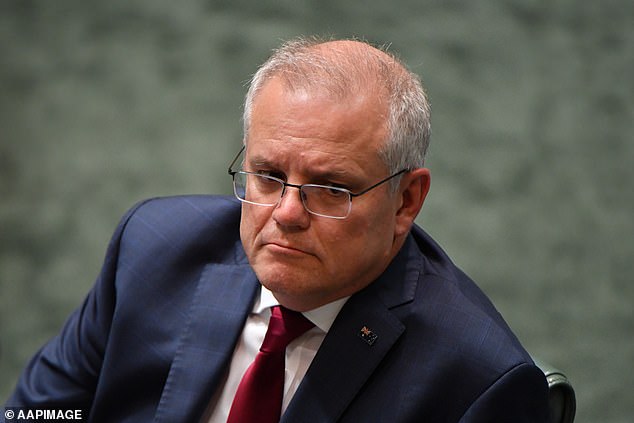 ‘In immediately referring this matter to the AFP, I have followed procedures set out by Commissioner Kershaw in his letter of 24 February 2021,’ she said. ‘I make this statement in the interests of full transparency.’

Labor leader Anthony Albanese’s office said it had not received the email.

‘The Australian Labor Party has seen media reports that Senator Henderson has received an allegation of sexual assault and has referred any relevant correspondence to authorities as is appropriate,’ a spokesperson told the Sydney Morning Herald.

The Australian Federal Police confirmed it received a complaint about a ‘historic sexual assault’.

A string of alleged rapes at the hands of government ministers have been uncovered in recent weeks after former Liberal staffer Brittany Higgins came forward claiming she was sexually assaulted by a colleague at Parliament House in 2019.

Ms Higgins was 24 at the time she was allegedly raped by another staffer after a night out.

It’s since been revealed a woman took her own life in Adelaide last June after coming forward about allegedly being sexually assaulted by a Liberal minister as a teenager in 1988.

Matt Dawson column: I cannot get my head around England's lack of discipline in Six Nations