No10’s former chief adviser yesterday claimed to have warned the Prime Minister that using Tory donations to foot the costs of the renovation was ‘possibly illegal’.

Sir Keir Starmer said: ‘Publish the details, have the full inquiry. If there’s nothing to see here… have a full inquiry. Every day there’s more evidence of this sleaze and frankly it stinks.’

Shadow cabinet minister Rachael Reeves this morning wrote to Mr Johnson with 14 questions Labour wants answered, including why he did not pay for the renovations himself ‘from the outset’. 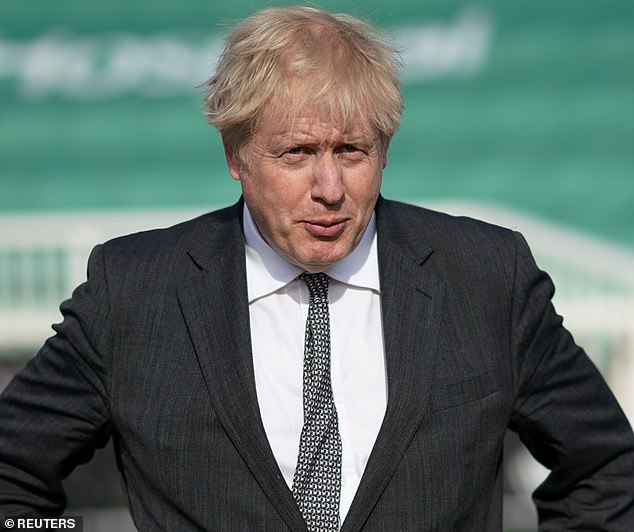 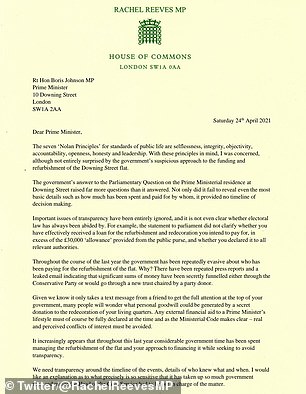 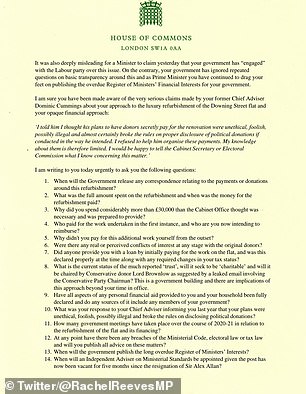 Shadow cabinet minister Rachael Reeves has written to Mr Johnson with 14 questions Labour wants answered, including why he did not pay for the renovations himself ‘from the outset’

A statement from the Cabinet Office yesterday revealed Mr Johnson has repaid the £58,000 donated by Tory peer Lord Brownlow of Shurlock Row.

It came before Mr Cummings launched a devastating attack on his old boss that poured petrol on to the row over the No11 flat decor scandal.

Mr Cummings said: ‘The PM stopped speaking to me about this matter in 2020 as I told him I thought his plans to have donors secretly pay for the renovation were unethical, foolish, possibly illegal and almost certainly broke the rules on proper disclosure of political donations if conducted in the way he intended.’

Downing Street said that the Government and ministers had ‘acted in accordance with the appropriate codes of conduct and electoral law’ throughout.

But Ms Reeves accused the PM of ‘ignoring repeated questions on basic transparency’.

The shadow chancellor of the Duchy of Lancaster added: ‘Throughout the course of the last year the Government has been repeatedly evasive about who has been paying for the refurbishment of the flat.’ 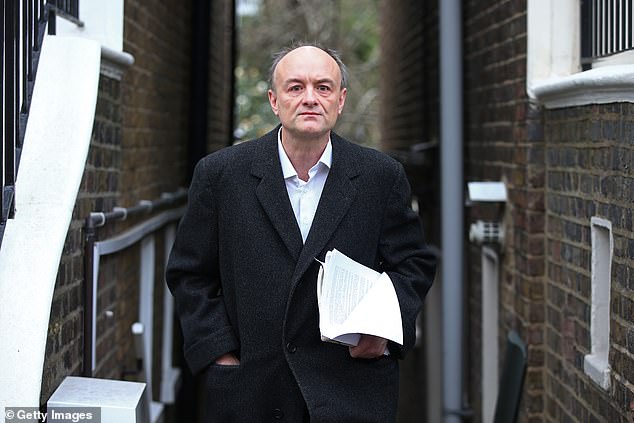 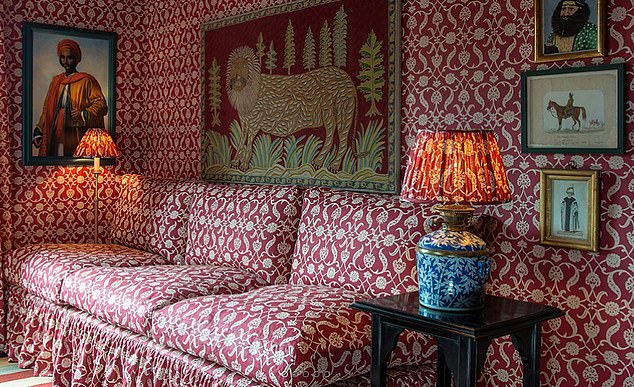 This month leaked emails revealed that Lord Brownlow had gifted the Tory party £58,000 that was earmarked for the renovation of the No11 flat Mr Johnson shares with his fiancée Carrie Symonds and their son Wilfred.

Lord Browlow wrote to the party’s head of fundraising, Mike Chattey that ‘£58,000 to cover the payments the party has already made on behalf of the soon to be formed ‘Downing Street Trust’ – of which I have been made chairman, as you know.’

No such trust has yet been created and the Electoral Commission is in talks with the party about the donations.

A commission spokeswoman said: ‘Discussions with the Conservative Party continue as we work to establish whether any sums relating to the works at 11 Downing Street fall within the regime regulated by the commission, and therefore need to be reported and subsequently published. The party is working with us on this.’

He added: ‘My impression is that there’s been constant wriggling about the source of the money, and that’s just one illustration of the chaos Mr Johnson seems to be bringing in his wake and the reason for that is that he’s a vacuum of integrity.’

Nicola Sturgeon said in a statement issued on Saturday: ‘The stench of sleaze that is surrounding this UK Tory Government is becoming quite overpowering.

‘There are very serious allegations being levelled at Boris Johnson and his Government, including by people who worked closely inside it.

‘As someone who has recently been subject to far reaching inquiries and scrutiny, a thorough investigation is needed here given the range and seriousness of the allegations.’

Dogecoin (DOGE) price analysis for May