‘No such thing as the winter blues’: Lack of sunshine does NOT make people feel more depressed, new study claims

By Luke Andrews and Sam Baker For Mailonline

A lack of sunshine does not make people feel more depressed, a study has claimed.

Scientists found that those with a sunny disposition do not have their mood affected by the drawing in of the long winter nights.

They made the discovery after asking 5,282 participants how they felt at different points in the year, revealing only those already high in neuroticism – the tendency to be more likely to suffer negative emotions such as anxiety, fear and worry – felt worse at the end of the summer. 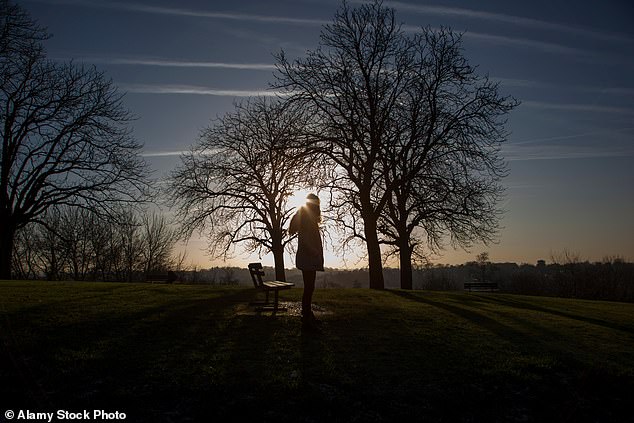 In the Dutch study, published in the journal PLOS One, the scientists claimed that their findings ‘do not support the widespread belief that seasons influence mood to a great extent’.

Wim Winthorst, from the University of Groningen and author of the research, told The Times that some people may be more depressed during the winter as they attribute their negative mood to factors outside their control.

‘Another explanation might be that the winter may serve as a stressor for them, instigating an increase in negative affect and other depression-related symptoms,’ he said.

‘There has been found considerable overlap between seasonal affective disorder and neurotic depression.’

The discovery sheds light on seasonal affective disorder (SAD), a type of depression that occurs during the winter months where symptoms are more apparent and severe.

Around one in three people in the UK, and up to 20 per cent of people in the US, suffer from the condition – which has symptoms including a low mood, loss of interest in day-to-day activities and feelings of despair, guilt and worthlessness experienced during the winter months. 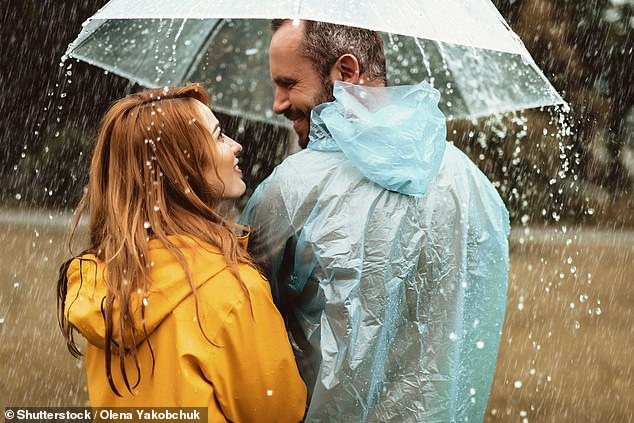 Current theories claim it is caused by a lack of sunlight stopping the hypothalamus in the brain from working properly, and allege it may cause a surge in melatonin production, the sleep hormone, encouraging people to sleep more.

Treatments for the condition focus on changes to lifestyle, such as getting as much sunlight as possible, exposure to a special lamp to increase the amount of sunlight received, and counselling.

A rise in sunshine levels is also thought to affect people’s mood.

Dr Max Pemberton wrote in the Daily Mail in July last year that when it’s sunny, he prefers to avoid the sunshine if he can.

‘So I’ve never understood those among my fellow Brits who long for scorching weather and who, if they can’t get it here, flee abroad. But dare to say this out loud and most people stare at you in utter bewilderment: Am I mad?,’ he wrote.

‘A friend tested me last week saying: “I keep wanting to cry. I’m trying to keep my negative feelings to myself, but I just don’t understand why people enjoy this sunny weather.” She added that she hadn’t left her house for three days.

‘The symptoms of summer-SAD are thought to be exacerbated because we are expected to be happier during the warmer, lighter months. That makes those who are adversely affected feel even more isolated, compounding their low mood.’

He said there is no known treatment or cure for the condition, although doctors have tried similar methods to those used to treat the winter version.

The prevalence of the condition in the UK was identified in research carried out in 2014 by the Weather Channel and YouGov, and the figure for the US was identified by FamilyDoctor.

What is seasonal affective disorder (SAD)?

This is a type of depression that appears in response to changing seasons. It is typically known as ‘winter depression’ and is thought to be brought on by the longer evenings.

What are the symptoms?:

The NHS says these symptoms may be more severe in some than in others.

When should I seek treatment?:

Those struggling to cope during winter are encouraged to speak to their GP, who can carry out an assessment and check on mental health.

Questions they could ask will include ones about your mood, lifestyle, eating habits, sleeping patterns and any seasonal changes in thoughts or behaviour.

What are the treatments?:

A range of treatments are available for SAD.

The reason that this condition develops ‘is not fully understood’ says the NHS, although they think it is caused by shorter autumn and winter days and a lack of exposure to sunlight. The main theories claim that this stops part of the brain, the hypothalamus, from working properly, leading to lower mood.