The Lady Taverners is to be merged with the Lord’s Taverners — in a hugely controversial move that has triggered a furious row, Sportsmail can reveal.

Irate members of the female arm of the famous cricket charity have resigned ‘in disgust’ while a complaint to the Charity Commission is being considered after stumps were involuntarily drawn on the historic organisation.

The news was branded an ‘abrupt, backdoor fait accompli’ after it was delivered via a letter. 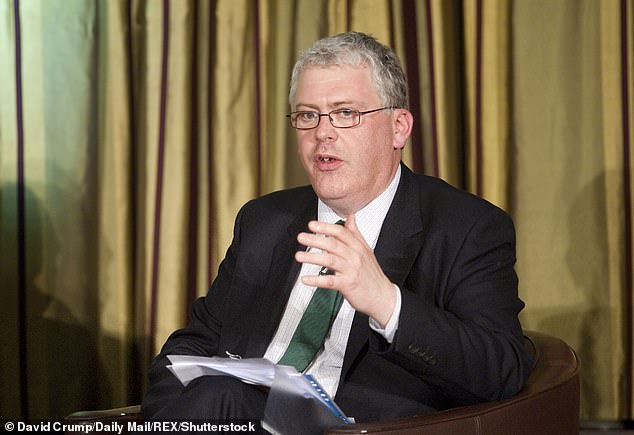 The offshoot branch of the exclusive club, which was set up following Baroness Thatcher’s accession to Prime Minister, has raised millions and has counted a sizeable number of famous names among its membership.

But on the final page of a three-page document seen by this newspaper sent by new chairman Tim Luckhurst, news of it being swallowed up by the formerly all-male set-up was declared.

Luckhurst, son of former England and Kent opener Brian, wrote that the Lord’s Taverners ‘must be inclusive to all’. He added: ‘It cannot be the case that we have a subset that is the domain for one group, be it gender, ethnicity, religion or other.’

Luckhurst also stated that men and women would have equal voting rights and said that ‘now is the time for us to come together as one charity and not be divided by gender’.

He concluded: ‘We simply cannot continue to have the division caused by two perceived gender-based brands.’

Incensed Lady Taverners have slated the move, which is set to be completed late next January, while insiders have disclosed that there have already been a series of high-profile resignations.

‘If anything, this in itself is sexist,’ said one member, who did not wish to be named. ‘There is no need for the Lady Taverners to go. We did our thing and the men did theirs. There were events of theirs we would not dream of going to and vice-versa. This feels like an unnecessary power grab.’

Members with legal backgrounds are considering next steps, which is understood to include the option of a complaint to the Charity Commission.

Six Nations final weekend: Why England have the edge over France and Ireland

Six Nations final weekend: Why England have the edge over France and Ireland