This is the stunning moment a group of supercar fans smoked out a luxury Lamborghini when they tried to grill meat on its exhaust.

The boy racers can be seen standing around in shock as white clouds of fumes pour out the back of the expensive Aventador model and blood-red coolant ran across the floor.

The footage was taken in a car garage in China, where it appears a group of men had met up with their sporty vehicles. 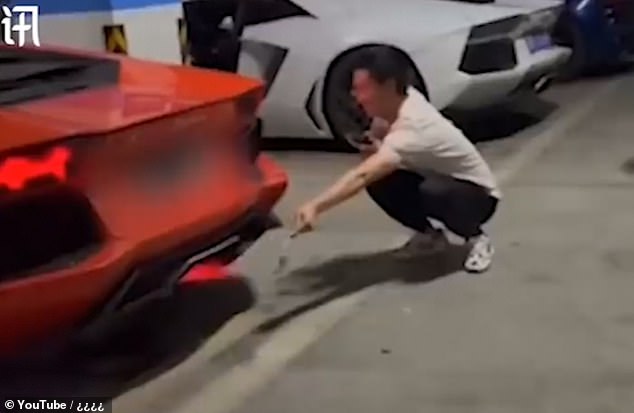 In the video, one man is seen crouching next to the exhaust of the Lamborghini holding a piece of meat on the end of a skewer.

Another man then revs the car’s powerful V12 engine, sending flames from the burning fuel shooting out the pipe to cook the food.

But within seconds problems arise as smoke starts pouring out of the back engine compartment and a red coolant liquid runs out across the floor.

The men, despite being car fanatics, are left in shock with none of them appearing to know what to do. 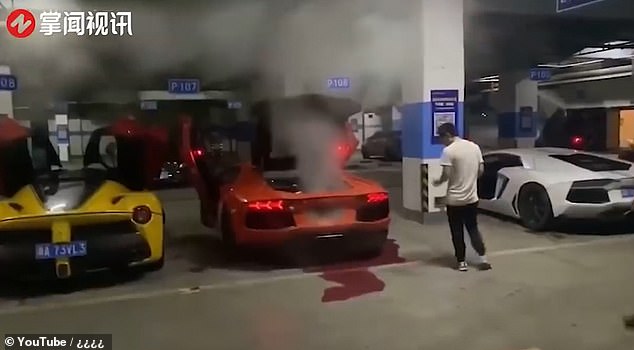 Experts have suggested that the accident happened because the Lamborghini was being revved while cold but as it isn’t getting up to high temperatures and the thermostat was closed.

This means that the driver was creating a lot of pressure in the coolant lines despite no need to cool the engine, so with nowhere to go the pressure keeps building until something fails.

It appears the plastic coolant tank ruptured, causing the blood-red coolant to stream out over the floor. 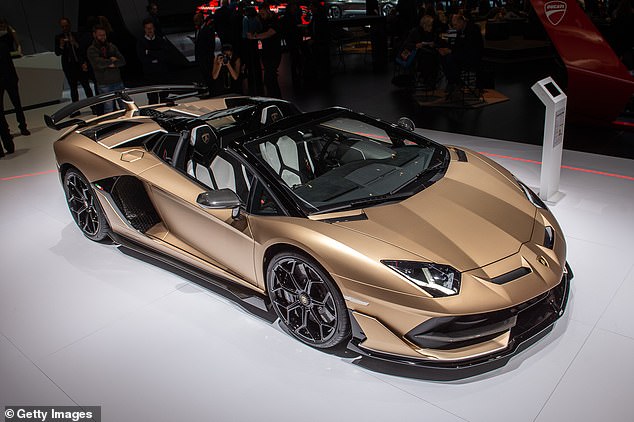 Aventadors can reach a top speed of 217mph but can cost over $1million in China because of hefty taxes to kerb expensive spending habits and emissions. Pictured: A Lamborghini Aventador SVJ Roadster

However in China the vehicles can cost as much as $1million (£700,000) due to taxes by the government to tackle expensive spending habits and emissions.

In 2016 the government slapped an extra 10 per cent tax on any car over Rmb1.3m ($190,000) to ‘guide reasonable consumption’, lower emissions and save energy according to the country’s treasury ministry.

The United States records more than 283,000 cases of Coronavirus within 24 hours

COVID-19 vaccines: 90% of coronavirus jabs have been given in richer countries, says WHO